It took me a little time to get going on today’s puzzle, but the answers gradually fell into place and the availability of checkers helped me to speed up.

10a         Achievement by that woman is something insignificant (7)
FEATHER – An achievement or exploit, followed by a pronoun for ‘that woman’.

11a         Change design reportedly for entrance to football stadium? (9)
TURNSTILE – Another word for ‘change’ or ‘transform’, followed by a homophone (reportedly) of another word for ‘design’ or ‘fashion’. 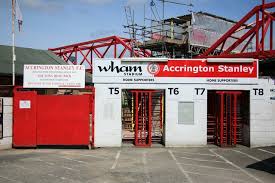 12a         Small vegetable, smooth in appearance (5)
SLEEK – An abbreviation for Small followed by a vegetable which is a symbol of Wales.

13a         Individual cycling qualification (5)
RIDER – Double definition, the second being a qualification or exception in a legal agreement. 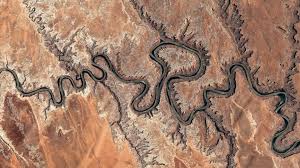 17a         Stupid action she condemned as naive (15)
UNSOPHISTICATED – Anagram (condemned) of STUPID ACTION SHE.

19a         Wife placed on town’s tip putrid rubbish (7)
TWADDLE – Put together the first letter (tip) of Town, an abbreviation for Wife, and an uncommon word for ‘putrid’.

21a         Ancient people, practitioners of tattoo art some said? (5)
INCAS – This ancient South American people sound like (some said?) an informal term for people carrying out tattooing.

27a         Runner runs left across island, alongside verge (7)
TENDRIL – Another verb for ‘to verge’, followed by abbreviations of Runs, Island, and Left.

4d           Consequences of that farmer virtually being drunk (9)
AFTERMATH – Anagram (frunk) of THAT FARME(r), where ‘virtually’ tells us that the previous word is not quite complete.

7d           American negotiated, hard up and visibly embarrassed (8)
BROKERED – Another word for ‘hard up’ or ‘skint’, followed by the colour you go when embarrassed.

9d           Oscar escapes mounting disturbances and commotion (4)
STIR – Remove the letter represented by Oscar in the NATO alphabet from some civil disturbances, then reverse (mounting) the result.

15d         One responsible for lots being sold? (10)
AUCTIONEER – Not very cryptic definition of someone who holds a sale, one lot at a time.

16d         Unhappy, this writer’s upset over Queen wearing fur (9)
MISERABLE – Reverse (upset) a short way of saying ‘this writer is’, then add a type of fur wrapped round the Queen’s regnal cipher.

20d         Excellent band getting exposure (6)
AIRING – The two letters which look like the alphanumeric rating given by an insurance company to an excellent risk, followed by the sort of band you might have on your finger.

22d         Bright pink apron mum Penny possesses (6)
SHRIMP – Put together an exclamation for ‘mum!’ or ‘keep quiet!’, another word for an apron or border, and the abbreviation for a penny.