Good morning from South Staffs, where we’re back to cloud and rain this morning.

A slightly odd mixture in this morning’s puzzle, with one clue (3d) which I simply don’t understand, though the definition is easy enough to get. I’ll be interested to hear your views.

1a           Interpret two bits of text (10)
PARAPHRASE – An abbreviated form of a word for a chunk of text conveying a particular idea, followed by a word for a string of words without a finite verb.

9a           Old-fashioned bridge clubs with interior first-rate (7)
ARCHAIC – A feature of a bridge and the abbreviation for the club suit, placed either side of what looks like an alphanumeric expression indicating first-rate status.

12a         Frank talking away, gave address west of Northern Cape (13)
OUTSPOKENNESS – Put together a word for ‘away’, a verb for ‘gave address’ followed by (west of, in the usual grid description) an abbreviation for Northern and a cape or headland. 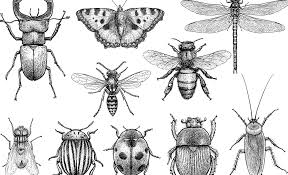 17a         Cheer is loud — two letters in a row written about it (8)
EMBOLDEN – Another word for LOUD with the names of two consecutive letters of the alphabet placed one each side.

22a         Having reformed a school, Philip resigned (13)
PHILOSOPHICAL – Anagram (having reformed) of A SCHOOL PHILIP.

24a         Breakfast food boss offers Einstein (7)
EGGHEAD – A common breakfast food followed by another word for the boss, giving us a term which may be applied to Einstein or other brainy people.

26a         Trick of the French to forego training (4)
DUPE – The French for ‘of the’, followed by my least favourite school subject, the one taught by sadists with muscles instead of brains.

27a         It may cause scoffing and make Yankee shoot (6,4)
BRANDY SNAP – These tasty biscuits may cause you to scoff them. Put together a make or trade name, the letter represented by Yankee in the NATO alphabet, and another word for ‘shoot (with a camera)’.

2d           Nuclear plants lacking atomic mass conductors? (7)
RECTORS – Remove the abbreviation for Atomic from some nuclear plants, to get some clergy who may conduct Mass.

3d           Trick from a card you’d rather not be dealt? (9,4)
PRACTICAL JOKE – The definition is a form of trick played on someone. Beyond that, I’ve no idea what the wordplay is supposed to be doing.

8d           Upturn after papers united in force (10)
PRESSURISE – Put together a generic term for the newspapers, an abbreviation for United, and an upturn.

13d         Extra seconds with last of soup dipped into — it’s common! (10)
WIDESPREAD – Put together a cricket extra, an abbreviation for Seconds, the last letter of souP, and a word for ‘dipped into (a book)’.

18d         Mention turnover of local housing syndicate (5,2)
BRING UP – Reverse (turnover) another word for the sort of local which Miffypops used to run, and wrap the result round a syndicate or gang.