Good morning from South Staffs, and let’s hope that the gremlins which affected the site yesterday have been sent packing.

We have a pangram missing the X this morning, which points to ProXimal as the setter. Thanks to him for a puzzle which for me was reasonably straightforward.

1a           Flustered following circuit of racetrack, possibly discontented (6)
FLAPPY – Put together an abbreviation for Following, a circuit of a racetrack, and the outside letters (dis-contented) of P(ossibl)Y

4a           One’s depressed to divide characters (5,3)
SPACE BAR -Cryptic definition of something found on every keyboard.

10a         Reportedly, skates stick and cause trouble (5,4)
RAISE CAIN – Here we have homophones (reportedly) of some fish also called skates, and of a stick once used by schoolteachers to punish pupils.

11a         Sheltered in base with dawn breaking outside (5)
AWNED – Anagram (breaking) of DAWN wrapped round a logarithmic base.

12a         Prune around Aussie bush, but not the front (3,4)
CUT BACK – One of the Latin abbreviations for ‘around’ or ‘about’, followed by the word used to describe the Australian bush, minus its first letter (not the front).

13a         Uncovered roux in large enough container (7)
AMPOULE – Remove the outside letters (uncovered) from (r)OU(x), then put the result into a word meaning ‘large enough’.

18a         Many cross receiving pound gratuity (8)
MULTIPLE – Put together the Latin symbol for a pound sterling and a gratuity given to a waiter. Then wrap an animal which is a cross between a horse and a donkey round the result.

20a         Object when bird blocks drive (5)
DEMUR – a large flightless bird is inserted into an abbreviation for DRive.

23a         No official American centre for koalas (7)
REFUSAL – Put together a football official, one of the abbreviations for ‘American’, and the middle letters (centre) of koALas.

25a         Wickedness of year spent in retirement (7)
DEVILRY – Put together an abbreviation for ‘year’ and a verb for ‘time spent’, then reverse the result (in retirement).

26a         Nothing around Zulu area for food (5)
PIZZA – Reverse (around) an (American?) term for ‘nothing’, then add the letter represented by Zulu in the NATO alphabet, and an abbreviation for Area. 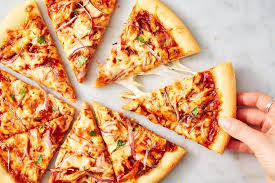 27a         Jam-packed deliveries left Yemen port (9)
OVERLADEN – Put together a set of cricketing deliveries, Left, and a port in Yemen.

28a         Genteel manoeuvring ideally to bag king (8)
LADYLIKE – Anagram (manoeuvring) of IDEALLY, wrapped round the chess notation for a King.

29a         Rushed eating starters in Indian, carefully seasoned (6)
SPICED – Another word for ‘rushed’ or ‘went fast’, wrapped round the initial letters (starters) of Indian Carefully.

1d           Instilling love to rectify awful savagery (8)
FEROCITY – Anagram (awful) of RECTIFY with the letter which looks like a love score at tennis inserted.

3d           Pressure on cleric before a Christian observance is common (9)
PREVALENT – Put together an abbreviation for Pressure, the short form of the honorific given to a member of the clergy, A (from the clue), and a period of fasting observed by Christians in the period before Easter.

7d           We’re told save banter for lavish meal (7)
BANQUET – Here we have a homophone of two words (4,3), the first being an instruction to save money by putting it in a secure institution, the second some banter or repartee.

9d           Painter of sailor and child with fish (7,7)
JACKSON POLLOCK – Put together a familiar term of address for a sailor, a (male) child, and an edible fish from the North Atlantic. 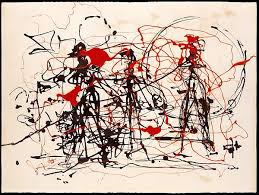 16d         Update of work supporting journalist infiltrating party (9)
REDEVELOP – The usual crossword journalist is inserted into a party or celebration, then the result is followed by the Latin abbreviation for a (musical) work. 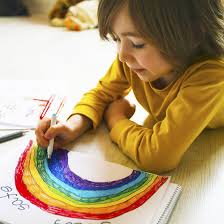 19d         Composed a French female a final letter (7)
UNFAZED – Put together the French for ‘a’, an abbreviation for Female, A (from the clue), and the full name of the last letter of the alphabet (UK rather than US pronunciation).

21d         Sounding agreeable, doctor covers tips for lumbago (7)
MELODIC – Another word for a doctor wrapped round the outside letters (tips) of L(umbag)O.

22d         Push forward in short formal line (6)
PROPEL – Another word for ‘formal’, often linked with ‘prim’, minus its final letter (short), followed by an abbreviation for Line.

24d         Petty scam disheartened everyone (5)
SMALL – The outside letters (disheartened) of S(ca)M, followed by another word for ‘everyone’.