1 Pastoral caring for cattle (7)
BUCOLIC – Double definition for describing a pastoral setting and the care of cattle.

5 Timorous forward is an avaricious grasping person (7)
SHYLOCK – A three-letter word meaning timorous followed by a forward (as a rugby position).

9 Reported childcare closure leads to nothing but increasing intensity (9)
CRESCENDO – A homophone (reported) of creche (childcare) followed by a three-letter word meaning closure and the letter representing nothing.

10 Half-hearted Swedes visiting Guernsey perhaps for summers (5)
ABACI – The name of the Swedish pop group who came to fame winning the Eurovision Song Contest without one of the central letters (half-hearted) followed by (visiting) the abbreviation for the island group of which Guernsey is a part.

14 Back on this side I find climber making music around Etna? (9)
SICILIANA – Three-letter combing form meaning on this side reversed (back) followed by the I from the clue and a five-letter word for a climbing plant.

19 French refusal for scheme with unlimited care is not on the level (9)
NONPLANAR – The French word for no followed by a four-letter word for a scheme and the inner letters (unlimited) of care.

22 Preparation of hood for 14th February in Chicago was worrying (8)
ALARMING – The first name of Mr Capone and what he might be doing in preparation for the St Valentine’s Day massacre.

25 London venue increases  capacity by 50% – it’s still a gas (5)
OZONE – The name of the London events venue (formerly the Millennium Dome) has the number increased by 50% to give the chemical symbol for this gas.

26 Exhaust system, given headroom by Abe? (9)
STOVEPIPE – Definition and cryptic definition of the type of hat word by Abraham Lincoln. 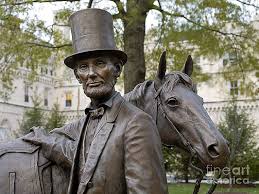 27 Part of hospital, inadequate and in a state of chaos (7)
ENTROPY – A three-letter abbreviation for a hospital department followed by a four-letter word meaning inadequate or poorly.

28 Latin sidestep takes guts (7)
INSIDES – The answer is hidden (takes) in the first two words of the clue.

1 Recooks a banquet freshly for a new start (4,2,6,3)
BACK TO SQUARE ONE – An anagram (freshly) of RECOOKS A BANQUET.

3 Milky effect of duck on French lake (7)
LACTEAL – Although it words in an across clue, it does not in a down clue with a three letter word in French for a lake followed by (on) a four-letter word for a type of duck.

5 Ninety degrees gained in small Gloucestershire town (4)
STOW – One cardinal point to another thaT involves a 90 degree change of direction.

6 Time for resolution or reckoning? (4-3)
YEAR-END – When resolutions are made and financial audits become due.

7 Is Ex-President Trump one involved in Irish politics? (9)
ORANGEMAN – The colour of this man’s tan?

13 Brusque Scottish bank manager’s verbal refusal to fund the purchase of Italian food? (10)
CANNELLONI – A homophone (verbal) of CANNAE LOAN I (how a Scottish banker may say I cannot give you a loan).

15 Diced carrot or 3 of 27 with dead centre? (5,4)
CUBED ROOT – A description of diced carrot might give this mathematical description of a function applied to 27 that gives the answer 3 with the abbreviation for dead of the centre.

18 Putative old fiddler, taking on most of French XI, has some value (3-4)
NON-ZERO – The name of the Roman emperor who would have fiddled whilst Rome burned if fiddles had been invented at the time includes the French word meaning eleven without the final letter (most of).

23 I struggled at Harvard maybe (5)
IVIED – The I from the clue and a four-letter word meaning struggled.