Good morning from South Staffs on a cloudy June day.

I got firmly stuck in the SW corner of today’s puzzle, with three crossing clues refusing to fall, and that put what would have been a *** solve into **** territory. It will be interesting to see how others got on.

1a           Bad place to cross river — standard package travels this way (6,4)
PARCEL POST – Anagram (bad) of PLACE wrapped round an abbreviation for River, followed by the sot of standard that may have a lamp on top.

6a           Second person appearing in Bible (4)
THEE – An archaic form of the second person singular, which may be found in some versions of the Bible.

9a           Record set by one Conservative making sense (5)
LOGIC – A record of activity (on board ship, perhaps), followed by the Roman numeral for one and an abbreviation for Conservative.

10a         Shade next door to Anne maybe is down (5,4)
ROYAL BLUE – The description of the family to which Anne (or Charles or Andrew) belongs, followed by another word for ‘down’ or ‘sad’.

14a         Something fruity about naughty nude swinger (8)
PENDULUM – Anagram (naughty) of NUDE, inserted into a tree fruit, technically a drupe. The answer is something which swings from a fixed point, and can be used to measure the passage of time.

17a         Worried, not getting a hi-tech acknowledgement (6)
CREDIT – Another word for ‘worried’ or ‘was concerned’, minus its A, followed by the abbreviation for the department at work which looks after the hi-tech equipment. This gives us the sort of acknowledgement found at the end of a film.

26a         Drop something in the garden (4)
SHED – Double definition, the first being a verb for what a tree does when it loses its leaves.

27a         Contemporary Christmas? (7-3)
PRESENT-DAY – Another phrase for ‘contemporary’, or a cryptic definition of Christmas.

1d           Wide-ranging Italian sport (4)
POLO – Double definition, the first being a 13th-century Venetian explorer who travelled to the Far East. 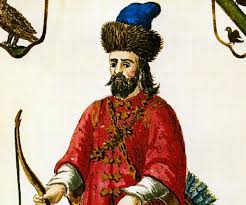 3d           Intimate former partner’s heading for ban from services (13)
EXCOMMUNICATE – Another verb for ‘intimate’ or ‘pass on message’, with the usual former partner put in front of it.

4d           Frequency when contracted office worker will appear (3,5)
PER ANNUM – This is a Latin phrase for a frequency (of salary, perhaps). If you abbreviate it to its initial letters, you get something which could also be the abbreviated job title of the boss’s secretary in the office.

11d         Dance style that combines ancient and modern modes of expression? (5,8)
LATIN AMERICAN – An ancient language followed by a modern dialect of English.

16d         Aristocrat reckoning to share time with Hardy’s girl (8)
COUNTESS – Another word for ‘reckoning’ which ends in the abbreviation for Time, which it shares with the first letter of Hardy’s eponymous heroine from the d’Urbervilles.

20d         Amateur European rose in several bands? (7)
LAYERED – Put together another word for ‘amateur’, an abbreviation for European, and a rose colour. 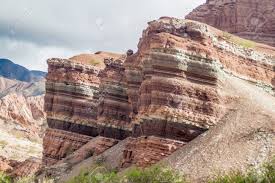 22d         Free biscuit served up off and on with more frosting (5)
ICIER – Alternate letters (off and on) in reverse (served up) of fReE bIsCuIt.