Good morning from South Staffs, with a bright start to the day but the likelihood of cloud and rain later.

I found today’s puzzle reasonably straightforward, with any obscurities easily gettable from the wordplay.

11a         Unit of weight around a ton, about right? (5)
CARAT – Put together one of the Latin abbreviations for ‘around’ or ‘approximately’, A (from the clue), and an abbreviation for Ton, then insert Right, to get a unit used in measuring the weight of diamonds, for example.

12a         Stations Royal Marines on popular island after evacuating there (7)
TERMINI – The outside letters of TherE, followed by the initials of the Royal Marines, another word for ‘popular’ and an abbreviation for Island.

13a         Spirit and energy required to maintain Kew’s top tree (6)
GINGKO – An alcoholic spirit, followed by another word for ‘energy’ wrapped round the initial letter (top) of Kew. 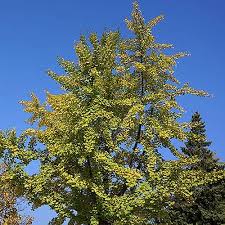 18a         Where pilots will fly is not yet decided (2,2,3,3)
UP IN THE AIR – This term for the future being undecided is also a literal description of where a pilot flies a plane.

20a         No idle presence within Airedale region (4)
AREA – Remove the letters of IDLE from AiREdAle.

26a         Look happy if occasionally finding forest giraffe (5)
OKAPI – Alternate letters (occasionally) of the first three words of the clue. 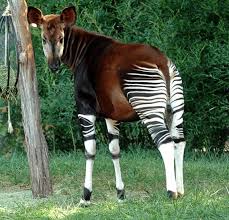 2d           Additional fish eater has change of heart (5)
OTHER – Start with a fish-eating mammal, then change the central letter to get the answer.

4d           Bird tucks into cream daughter put out (10)
ELIMINATED – One of the spellings of a noted ‘talking’ bird is inserted into a word for ‘cream’ or ‘top-level’, then an abbreviation for Daughter is added. The definition is ‘put out’ as in ‘England were put out of the tournament’.

5d           Advocate, for example, game that must undergo revolution (4)
URGE – Put together the Latin abbreviation for ‘for example’ and the initials of a game played with an ellipsoidal ball, then reverse the result.

8d           Theatre worker on edge composing stirring song (8,6)
NATIONAL ANTHEM – Put together the subsidised theatre on London’s South Bank, one of the usual worker insects, and the sewn edge of a piece of cloth.

16d         Possibly active man said to get mobile phone feature? (9)
VOICEMAIL – The grammatical term of which ‘active’ (or ‘passive’) is an example, followed by a homophone (said) of a word for ‘man’.

19d         Capital, is it raised to acquire business in London initially? (7)
TBILISI – Reverse (raised) IS IT (from the clue), then insert the initial letters (primarily) of Business In London, to get the capital of a former Soviet republic. 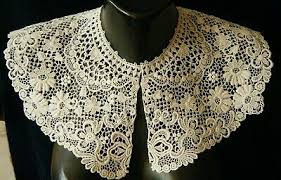 24d         Father stays away from mad prank (5)
ANTIC – Start with a word for ‘mad’ or ‘distracted’, then remove the abbreviation for ‘father’ (when used to address a Catholic priest).

25d         Resistance to wear head-covering seen in swimmer (4)
CARP – A type of headgear wrapped round the physics abbreviation for Resistance. 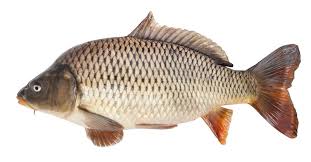