Good morning from South Staffs on a wet and windy day.

I found today’s puzzle a mixture of easy and much more difficult clues. Three crossing entries in the NE corner were the last to fall, and held me up quite considerably.

9a           Instrument that could make mobile ring (5)
CELLO – The American term for a mobile phone, followed by the ring-shaped letter.

10a         Prepare to cut leave, reluctantly (3,3,3)
GET THE AXE – Double definition: what you need to do before chopping a tree down; or another way of referring to being fired from one’s job.

12a         Group of women wearing two costume sizes for pool activity (4)
SWIM – The initials of an organised women’s group famed for ‘jam and Jerusalem’, with two different clothing size indications placed before and after.

21a         Male hero, no maiden (4)
CHAP – Remove the abbreviation for a maiden over at cricket from a shortened form of a word which could indicate a hero.

22a         Conflict caused by man mostly seen in jumper going to church (10)
DIVERGENCE – Start with someone jumping into water. Add another word for a man, minus its last letter (mostly). Finish with the abbreviation for the church of England.

26a         Love meeting when one’s well (5)
OASIS – Put together the letter which looks like a love score at tennis, another word for ‘when’, and the Roman numeral for one plus the ‘S from the clue. The answer is a well in the desert. 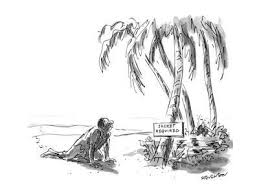 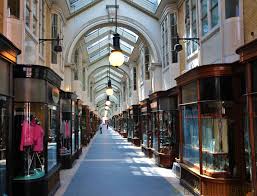 2d           Fortunate having two kinds of spirit left by GP initially (2,4)
IN LUCK – An alcoholic spirit and another word for spirit or courage have their initial G and P removed.

6d           Imitate character on the radio? (4)
ECHO – Double definition, the second being one of the letters of the NATO alphabet. 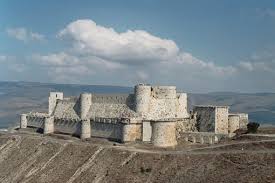 16d         Thoughts formerly admitted by upstanding pious person, politically correct (8)
CONCEPTS – Put together the abbreviated title of a holy person and the acronym for ‘politically correct’. Then reverse (upstanding) the result and insert a word for ‘formerly’ or ‘on one occasion’.

20d         Things people sing against upper class being overthrown by English (6)
VERSES – Start with the full version of the Latin word for ‘against’ found in football fixtures lists, then replace the letter which signifies ‘upper class’ with an abbreviation for English.

23d         Former band, say, bang on (5)
EXACT – The usual prefix for ‘former’, followed by a generic word for an entertainer or group of entertainers on the variety stage.

24d         Article about author seeking privacy? (4)
ANON – One of the forms of the indefinite article, followed by a word for ‘about’ or ‘concerning’.