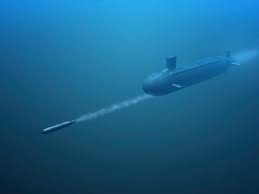 9a           Spies must keep wandering Bloom in country (8)
COLOMBIA – The acronym of the US spy agency wrapped round an anagram (wandering) of BLOOM.

10a         Trader being in no hurry to appear in business paper (7)
FLORIST – The initials of the UK business-focused paper printed on pink paper, wrapped round a creature which is presumably in no hurry, because the first word of its common name is ‘slow’. 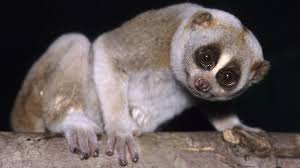 12a         Having daughter in control an explosive mixture? (6)
POWDER – An abbreviation for Daughter inserted into another word for ‘control’ or ‘authority’.

13a         Sober sailors ring us after rough time (10)
ABSTEMIOUS – Put together some competent seamen, an anagram (rough) of TIME, the ring-shaped letter, and US (from the clue).

15a         Catty remarks in converted stables? (4)
MEWS – Double definition: the noises cats make; or the old stables behind a town house, now converted into bijou residences.

16a         Scrambling device in American helicopter? (3,6)
EGG BEATER – Double definition: a tool for creating something scrambled for breakfast; or some dated American slang for a helicopter.

21a         English graduate cross about test (4)
EXAM – English to start with, then the letters after the name of an Arts graduate and the cross-shaped letter are put together and the result reversed (about).

22a         Horse initially brought to Troy under volatile monarch (5,5)
HENRY TUDOR – The first letter (initially) of Horse, followed by an anagram (volatile) of TROY UNDER.

24a         For temple, travel through flat area (6)
PAGODA – Another word for ‘travel’ is inserted into a slang word for a residential flat, then Area is added.

27a         Prodigy being learner in motorway chase (7)
MIRACLE – Put together two letters which look like the name of the motorway running from London to the North and another word for a chase, then insert the letter which indicates a learner driver.

29a         Fate in Tyneside not completely appalling (7)
DESTINY – Anagram (appalling) of TYNESID(e), minus its last letter (not completely).

4d           Getting into beer, one good person raving (10)
DISTRAUGHT – Put together the Roman numeral for one and the abbreviation of the title given to a canonised person, then insert the result into the sort of beer which is on tap. 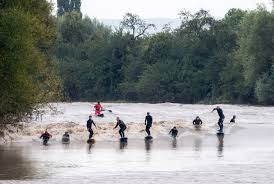 6d           Seat German fellow in black mass (6)
BOTTOM – Abbreviations for Black and Mass, placed either side of a typical German forename.

8d           Round item a stone in coarse aggregate (7)
BALLAST – Put together a round item used in many games, A (from the clue) and an abbreviation for STone. This reminds me of the apocryphal story of the civil servant who, finding a nonsensical proposal in a paper he was reviewing wrote ‘Round objects’ in the margin. A senior officer in a subsequent review asked ‘Who is Round, and to what does he object?’ 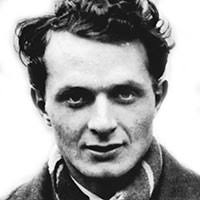 17d         Two different pandas — one massive star! (3,5)
RED GIANT – The adjectives used to describe two different animals both called ‘panda’, are also the designation given to a star towards the end of its life cycle, when it has expanded to many times its original size. 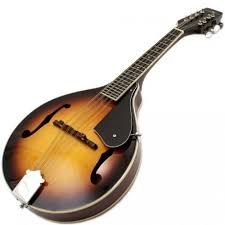 19d         Conservative in rage broke the rules (7)
CHEATED – An abbreviation for Conservative, followed by ‘in a rage’.

20d         Source of criticism for rapper (7)
KNOCKER – Double definition: someone who belittles someone else’s scheme or work; or something for rapping on a door.

23d         Might one forever be a nodding acquaintance? (3-3)
YES-MAN – Cryptic definition of someone who is always nodding in agreement.

26d         Bits sourced as appropriate from old VDUs? (4)
ODDS – Alternate letters of OlD VDUS – appropriate because not the even-numbered letters.