Good morning from South Staffs on a sunny Friday. Mrs DT and I are now fully vaccinated, and next week we can get our hair cut! Small steps back towards normality, though Boris and the Chuckle Brothers seem determined to keep us miserable for as long as possible.

Today’s crossword was completed in fairly rapid time, though a couple of stretched synonyms gave me pause for thought. 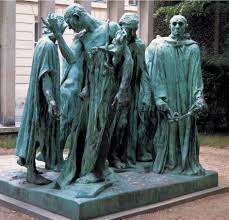 5a           Stupid honour essentially elitist American wears (6)
OBTUSE – Put together the middle letter (essentially) of elitist and an abbreviation for ‘American’, then wrap the three-letter acronym for a UK honour around the result.

10a         Promise of ketchup at last appearing on shelf (6)
PLEDGE – The final letter (at last) of ketchuP, followed by another word for a shelf.

12a         Biscuit is extremely vile after regularly adding yeast to it (9)
DIGESTIVE – Alternate letters (regularly) of the last four words of the clus, followed by the outside letters (extremely) of VilE. 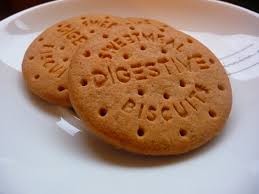 16a         College study describing king’s mythical creature (7)
UNICORN – A three-letter abbreviation for a college or other place of tertiary education, followed by another word for ‘study’ or ‘peruse’ wrapped round the Latin abbreviation for ‘king’.

19a         Answer by friend upset cleric, causing fuss (7)
PALAVER – Put together another word for ‘friend’, an abbreviation for Answer, and the reverse (upset) of the short form of the titke given to members of the clergy.

21a         Fruit and vegetable wholesaler’s closing (4)
PEAR – A small round vegetable, followed by the last letter (closing) of wholesaleR.

25a         Every one entering bar is willing to learn (9)
TEACHABLE – Another word for ‘every individual’ inserted into another word for ‘bar’ or ‘counter’ (though I can’t find this synonym listed in the BRB).

27a         Writer of a hot novel about upper-class Romeo (6)
AUTHOR – Anagram (novel) of A HOT, wrapped round the letter indicating ‘upper-class’, followed by the letter represented by Romeo in the NATO alphabet.

28a         Castle in France with turrets is periodically housing soldiers (8)
FORTRESS – The IVR code for France and alternate letters (periodically) of TuRrEtS iS, placed either side of the usual soldiers who are not officers.

29a         Very simple task comedian will read out (6)
DODDLE – This is a homophone (read out) of the surname of the late squire of Knotty Ash and the contracted form of ‘will’.

1d           Minor routes leading to Eastern holiday location (6)
BROADS – Split this (1,5) and you get a description of minor routes based on their classification (where motorways are M and major roads are A). Put together, you have a watery holiday destination in East Anglia. 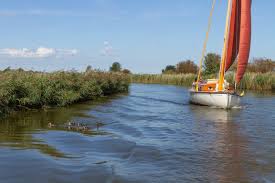 3d           Anger between husband and son results in charges (5)
HIRES – Abbreviations for Husband and Son, placed either side of another word for anger.

4d           Continuous performance (7)
RUNNING – Double definition: a continuous supply of, say, water; or the performance of an event – ‘last week’s ——- of the Grand National’, for example.

11d         Argentinian president, about to depart, united country (4)
PERU – Start with the surname of a President of Argentina (the one who married Evita), remove the word for ‘about’ or ‘concerning’, and replace it with an abbreviation for United, to get another South American country.

15d         Penny loves being inspired by organ lessons primarily in city (9)
LIVERPOOL – Put together the abbreviation for a penny and two examples of the letter which looks like a love score at tennis. Then put one of the organs of the body in front of the result, and the first letter (primarily) of Lessons at the end, to get an English city.

20d         Expression of annoyance from celebrity performing U-turn (4)
RATS – Start with the title given to the leading actor in a film or play, then reverse it.

21d         Vain character from top firm about to be employed (7)
PEACOCK – Put together an abbreviation for a firm or company and the Latin abbreviation for ‘about’ or ‘approximately’, then wrap another word for the top of a mountain around the result. 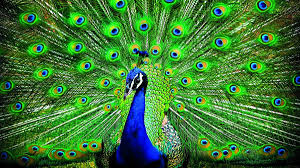 26d         Visiting Hull’s outskirts, books European place to stay (5)
HOTEL – The abbreviation for one of the sets of books in the Bible and an abbreviation for European, with the outside letters (outskirts) of HulL wrapped round the result.