Good morning from South Staffs on a drizzly Friday.

For me, this was easier than some recent Friday puzzles, once the penny had dropped on some of the quirkier clues.

1a           Smashes favourite condiment pots, noisily (11)
BESTSELLERS – Another word for ‘favourite’, followed by a word which sounds like (noisily) containers for salt. The answer describes items which are smash hits in the shops.

8a           Westbound motorway cutting killed a deer maybe (7)
ANIMALS – Start with another word for ‘killed’ wrapped round the letter which indicates a motorway on a road sign, add A (from the clue), then reverse the result (westbound) to get something of which deer are an example.

10a         Install Conservative, in moving scene (8)
ENSCONCE – Anagram (moving) of SCENE wrapped round an abbreviation for Conservative.

11a         English flower for each one canvassed (6)
CAMPER – The flower here is something which flows, so we are looking for an English river, followed by ‘for each’, to give us someone who is canvassed because he is staying in a canvas dwelling. 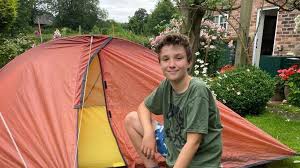 13a         One making his voice heard via ballot box — nothing odd about that (4)
ALTO – The even-numbered letters of bAlLoT bOx.

14a         Lot of publicity before unhappy oceanic homecoming (10)
SPLASHDOWN – A six-letter word for a publicity spread, followed by a four-letter word for ‘unhappy’, giving us the way the Apollo astronauts returned to earth. 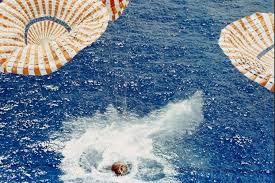 21a         Popular viewpoint for new pupils perhaps (6)
INTAKE – The usual two-letter word for ‘fashionable’ or ‘popular’, followd by another word for a viewpoint, as in “What’s your —– on the latest crisis?”

22a         Antony’s apology? (3,5)
MEA CULPA – Mark Antony, being an ancient Roman, is assumed to have spoken Latin (though in practice a form of Greek was the common language of the Roman Empire), and this is a Latin phrase for ‘through my fault’.

24a         More fancy following golf? It’s long and really slow-moving! (7)
GLACIER – The letter represented by Golf in the NATO alphabet, followed by ‘fancier’ or ‘of a more delicate ornamental fabric’ 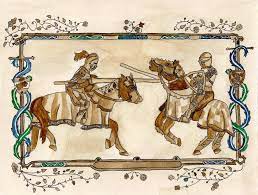 1d           Take care of issue featuring sweetheart and model (4-3)
BABY-SIT – A term of endearment like ‘sweetheart’, followed by what an artist’s model does.

2d           Angry, endless argument causing pain in the heart (6)
SORROW – Another word for ‘angry’, minus its last letter (endless), followed by another word for an argument.

7d           What looks infectious, making you attractive? (3-8)
EYE-CATCHING – The first word is something ‘what looks’, and the second is another word for ‘infectious’.

9d           Spa committee where one might stand before 14? (11)
SPRINGBOARD – Another word for a spa or welling-up of water, followed by a committee of management. The answer is the launch point for the sort of 14a which involves an individual and a swimming pool rather than a space capsule and the ocean.

19d         Described being part of the family (7)
RELATED – Double definition: ‘described’ or ‘gave an account of’; or ‘having a connection by birth or marriage to the family’.

20d         Denounce copper’s inside expert (6)
ACCUSE – The chemical symbol for copper, plus the ‘S from the clue, is placed inside another word for ‘expert’.

23d         River creature caught twice eating or on its back (4)
CROC – Reverse (on its back) OR (from the clue), then put two examples of the cricket abbreviation for ‘caught’, one at either end.