A review by a recently vaccinated Prolixic follows.  No ides effects other than a temptation to make anagrams.

7  Exceedingly beautiful unwritten verse of former laureate? (6,2,6)
POETRY IN MOTION – A six-letter word meaning verse followed by a phase 2, 6 meaning its in the head (unwritten) of a former poet laureate whose first name was Andrew.

9 Hidden message from underwater mobile? (7)
SUBTEXT – Cryptically this could be an SMS sent from a submarine.

10 Back last runner at ‘Aydock Park (7)
ENDORSE – A three-letter word meaning last followed by the type of animal that runs at Haydock Park without the initial H.

14 Consequence of malfunction of a striped panoply at the Globe? (4,7,4)
RAIN STOPPED PLAY – An anagram (malfunction of) A STRIPPED PANOPLY.

19 Dissolute made train pickled (9)
MARINATED -An anagram (dissolute) of MADE TRAIN. 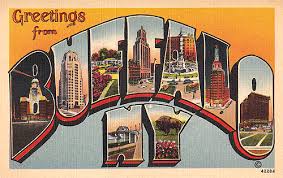 23 Release a French prison guard (7)
UNSCREW – The French masculine singular for A followed by a five-letter word for a prison guard.

24 French stick with Billy to generate income (5-3-6)
BREAD AND BUTTER – A five-letter word for the type of food of which a French stick is an example followed by a three-letter word meaning with and a description of a goat (Billy).

1 American bowler’s salary for county side (10)
DERBYSHIRE – Split 6,4 you would have a description for the American name for a bowler hat (maintaining the possessive form of the ’s) and a four-letter word for salary.

5 Involvement in altercation describes a train’s location (2,4)
AT ODDS – A description of the position of the letters of “a train” in the word altercation (which is doing unfortunate double duty as wordplay and a definition).

6 Initially tyre on Rolls Royce has a low pressure reading (4)
TORR – The initial letters of the second to fifth words of the clue.

7 Supposition embodies an assumption of truth (5)
POSIT – The answer is hidden (embodies) in the first word of the clue.

13 Do as Simple Simon says (10)
ALLITERATE – Simple Simon Says is an example of a sentence where the words all begin with the same letter.

14 Dodgy sounding degree in dance (6)
RHUMBA – A homophone (sounding) of RUM (dodgy) followed by an abbreviation for a first degree.

16 Head off trip around South America after outcry from old timer (8)
DINOSAUR – A three-letter word for an outcry followed by a four-letter word for a trip without the first letter around the abbreviations for South and America.

20 Duke replaced arbour’s roof for mother’s new home (5)
DOWER – A five-letter word for an arbour with the first letter (roof) replace by the abbreviation for duke.