Good morning from South Staffs on a cloudy, damp day.

I found today’s puzzle quite straightforward, with the required GK elements within, I hope, the compass of the majority of solvers.

1a           Repeat charge about corruption (6)
PARROT – Reverse (about) a slang term for a criminal charge, then add a word for ‘corruption’ or ‘decay’. The answer indicates repetition without understanding.

4a           Paul occasionally interrupts loud argument in high-pitched voice (8)
FALSETTO – The musical symbol for ‘loud’ and a phrase (3-2) for an argument, placed either side of alternate letters (occasionally) of PAuL.

10a         Coach deportment (8)
CARRIAGE – Double definition: one of the coaches of a train; or the way you carry yourself.

11a         Family from Nelson possibly joining audience (9)
HOUSEHOLD – Another word for the audience in a theatre, followed by a wrestling term, of which ‘Nelson’ is an example.

13a         Garment reflecting fashion seen across Northern Ireland (5)
TUNIC – A verb for ‘fashion (with a knife or scissors, perhaps) is reversed (reflecting) and wrapped round the acronym for Northern Ireland.

14a         Friend defends extremely raunchy southern song, making bloomer (13)
CHRYSANTHEMUM – Put together the outside letters (extremely) of RaunchY, Southern, and a national or religious song, then wrap another word for a friend round the result, to get this floral bloomer. 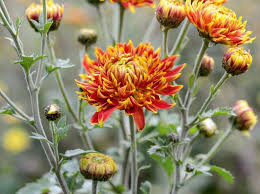 17a         Lenders with plenty travelling in glorious style (13)
RESPLENDENTLY – Anagram (travelling) of LENDERS and PLENTY.

21a         Increase extent of victory over gutless Dundee (5)
WIDEN – The outside letters (gutless) of DundeE are inserted into another word for victory.

23a         Books penned by a legend, surprisingly becoming involved (9)
ENTANGLED – The abbreviation for one of the usual sets of Biblical books is inserted into an anagram (surprisingly) of A LEGEND.

26a         Discover what sounds like small change in expectation (8)
SUSPENSE – A slang word for ‘discover’ followed by a homophone (sounds like) pf some small change. 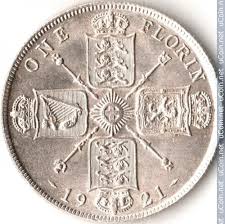 1d           Cheerful under pressure in difficult situation (6)
PLIGHT – An abbreviation for Pressure, followed by another word for ‘cheerful’ as opposed to ‘gloomy’ or ‘heavy’.

2d           Forsakes awkward encounters with no end of embarrassment (9)
RENOUNCES – Anagram (awkward) of ENCOUN(t)ERS, without the last letter (no end of) embarrassmenT.

7d           Exercise that may be taken daily on way to work? (5)
TRAIN – The definition is a verb, as soldiers may exercise to practise for warfare. As a noun, it’s something that commuters use to get to work (or did, in the old days BC (before Covid).

8d           Best comedian, half-ignored, left previously (8)
OVERCOME – The first half of COME(dian), preceded by another word for ‘left’, as in the surplus material left after a project is complete.

12d         Writer on vacation enjoys entertaining child for director (5,6)
ORSON WELLES – Put together the surname of the nom de plume of Eric Blair and the outside letters (on vacation) of E(njoy)S. Then insert a male child, to get the film director and actor. 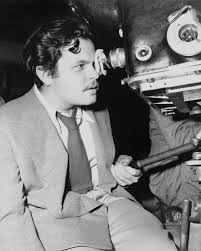 15d         PM fine with second-class transportation to America once (9)
MAYFLOWER – Put together the surname of Boris’s predecessor, an abbreviation for Fine, and the relative position of ‘second-class’ compared with ‘first-class’, to end up with the name of a ship which took some early colonists to America. 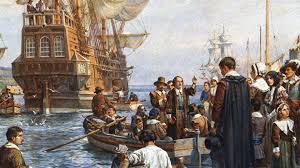 16d         Good incentive taken up to employ individual adults (5-3)
GROWN-UPS – Start with an abbreviation for Good. Add the reverse (taken up) of an incentive (originally to make a horse go faster). Then insert an adjective for ‘individual’, as in ‘my  individual opinion’.

18d         Ancestry Neil concocted over period of time (7)
LINEAGE – Anagram (concocted) of NEIL, followed by a long period of time.

19d         Number given brief training, it’s helpful to climber (7)
TENDRIL – A cardinal number, followed by the training soldiers get on the parade ground, minus its last letter (brief), to get something which helps a climbing plant. 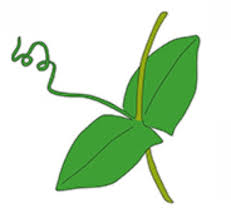 20d         Absence of arrogance is over for inventor (6)
EDISON – Start with a phrase (2,4) which may mean ‘absence of arrogance or pomposity’, then reverse it to get the American inventor of the phonograph and an early light bulb, among many other things. 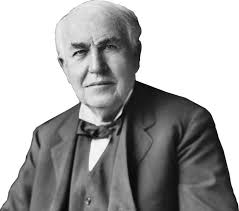 22d         Starts to dispute Oslo staging European superheavyweight bouts (5)
DOSES – The first letters (starts to) of words 3 to 7 of the clue, giving us some bouts, possibly of flu.