Good morning from South Staffs on a cloudy March day.

Most of today’s puzzle went in fairly quickly, but I ran into a block with 6a, my last one in, which took me into *** time.

1a           One might give curls to bust, capturing Pliny’s head (8)
SCULPTOR – An all-in-one clue, where the whole clue gives the definition, but we have an anagram (bust) of CURLS TO wrapped round the initial letter (head) of Pliny. 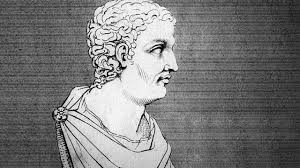 6a           Wound line returned sound (6)
LESION – An abbreviation for Line followed by the reverse (returned) of another word for a sound.

9a           Maybe clock frames black and wooden (6)
TIMBER – One of the functions of a clock or stopwatch, wrapped round an abbreviation for Black.

10a         Hammer-wielder cleaves chests (8)
THORAXES – The Norse god who wields a hammer, followed by another word for ‘cleaves’.

11a         Incautious having wine and pork pie before run … (8)
CAVALIER – Put together a Spanish sparkling wine, what ‘pork pie’ is the Cockney rhyming slang for, and the cricket abbreviation for Run.

16a         Bird moves gradually, quietly in distress (5,7)
HEDGE SPARROW – Put together a verb for ‘moves gradually’ and the musical symbol for ‘quietly’, then wrap a verb meaning ‘distress’ around the result. 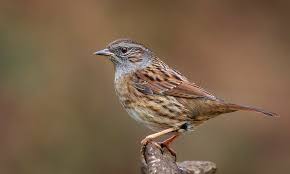 21a         Lovers receiving gold, diamonds and booze (8)
BORDEAUX – The French word for some male admirers wrapped round the heraldic term for ‘gold’ and the abbreviation for the diamond suit in a pack of cards. 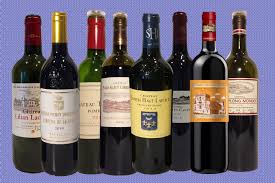 23a         Exactly identify amount of fluid collecting in river (8)
PINPOINT – Put together IN (from the clue) and an Italian river, then wrap a liquid measure used in pubs (I seem to remember!) round the result.

26a         Again hearing tyre needs replacing in call (8)
RETRYING – Another word for ‘call (on the telephone)’ wrapped round an anagram (needs replacing) of TYRE.

2d           Most interesting bit about capital city? Vote (6)
CLIMAX – Put together a Latin abbreviation for ‘about’ or ‘approximately’, a South American capital city, and the mark traditionally made on a ballot paper to indicate your choice of candidate.

3d           Certain stars removed from star billing upset (5)
LIBRA – This constellation is hidden in reverse (upset) in the clue. 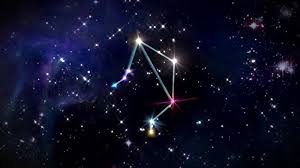 5d           Former Communist hiding service in Revolution (7)
RETIRED – The usual Communist wrapped round the reverse (in revolution) of a religious service.

6d           Luddites used to wreck these towers (5)
LOOMS – Double definition, the first being a piece of General Knowledge, the second a verb for ‘towers (over)’.

7d           Worry in Midlands county raising character from Oz (9)
SCARECROW – The short for of the name of a West Midlands county is reversed (raising), and wrapped round another word for ‘worry’.

13d         Rollercoaster beginning to buckle, one gripped tight (3,6)
BIG DIPPER – Put together the first letter of Buckle, the Roman numeral for one, and an anagram (tight) of GRIPPED.

14d         Definitely not forget after pilots picked up father (3,4,2)
FAR FROM IT – Put together the reverse (picked up) of the initials of the military service which employs pilots, an abbreviation for ‘father’, and a verb for ‘forget’ ot ‘leave out’.

15d         Left a stone erected topped with huge stone (8)
MEGALITH – Put together Left, A (from the clue) and a precious stone, reverse (erected) the result, then add (w)ITH (from the clue) minus its first letter (topped). 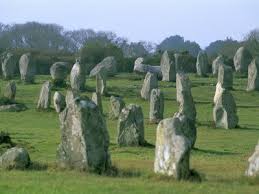 17d         Judge a bishop eating snack (7)
ARBITER – A (from the clue) and the abbreviation for the honorific used when referring to a bishop wrapped round another word for a snack.

20d         Soiled golf skirt on yard (5)
GRIMY – Put together the letter represented by Golf in the NATO alphabet, another word for the skirt or edge of something, and an abbreviation for Yard.