Good morning from South Staffs on a grey February day.

Today’s puzzle took me some time to get into, but then the answers began to flow, so that what I thought was going to be a **** puzzle fitted comfortable into my *** slot.

1a           Local souvenir stores in France, for instance (8)
REPUBLIC – A historical or religious souvenir wrapped round (stores) another word for the place sometimes called a local, giving us a system of government of which France is an example.

5a           Sweet-looking child Bruce spoiled outside hospital (6)
CHERUB – Anagram (spoiled) of BRUCE wrapped round an abbreviation for Hospital. 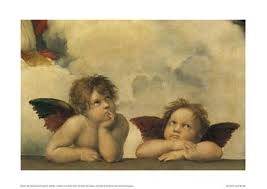 10a         Student pursues trendy antiques, once treated as unimportant (15)
INCONSEQUENTIAL – Another word for ‘trendy’, followed by an anagram (treated) of ANTIQUES ONCE, followed by the letter which indicates a student driver.

11a         Polished part of table between each set of books (7)
ELEGANT – An abbreviation of ‘each’ wrapped round the part of a table which supports the top, followed by the abbreviation for one of the sets of books which make up the Bible.

13a         Just terrible losing first source of finance (8)
RIGHTFUL – Start with another word for ‘terrible’, then remove the first instance of the first letter of Finance. 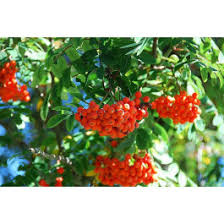 18a         Strict and clear ruling ultimately Italy breaks (5)
RIGID – Put together the last letter (ultimately) of rulinG and the IVR code for Italy, then insert the result into a verb meaning ‘to clear (out)’.

25a         Group of players defending centre for silliest foul (7)
SQUALID – A group of players from which a team is selected, wrapped round the middle letters (centre) of silLIest.

27a         Fish river area, visiting West Sussex regularly (6)
WRASSE – Put together abbreviations for River and Area, then insert the result between West and alternate letters of SuSsEx. 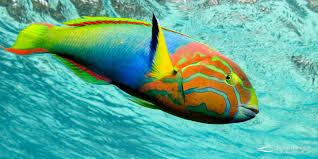 1d           Stopped one who rejects accepted truth turning up (6)
REINED – Reverse (turning up) a word for someone who does not accept the truth of a proposition, to get another word for ‘stopped’ – as a horse might be.

2d           Choose, say, to collect money for strike activity (9)
PICKETING – Another word for ‘choose’, followed by the Latin abbreviation for ‘say’ or ‘for example’ wrapped round some elderly slang for ‘money’.

3d           Live overlooking South Wales town or lower down (7)
BENEATH – Another word for ‘live’ or ‘exist’, followed by the town whose name in Welsh is Castell Nedd.

4d           Unsuitable interest surrounds origins of environmental protesters (5)
INEPT – An abbreviation for ‘interest’ is wrapped round the initial letters (origins) of Environmental Protesters.

6d           More convenient hotel, above a run-down diner (7)
HANDIER – The letter represented by Hotel in the NATO alphabet is followed by A (from the clue) and an anagram (run-down) of DINER.

8d           Once party is over, they may have a deflated look? (8)
BALLOONS – Cryptic definition  of something which will be let down when party decorations are cleared up.

9d           Brawny American couple oddly beset by ruin (8)
MUSCULAR – Put together one of the usual abbreviations for ‘American’ and the odd-numbered letters of CoUpLe, then wrap a word for ‘ruin’ or ‘spoil’ around the result.

14d         Fine radio exposure for song getting just treatment (4,4)
FAIR PLAY – The abbreviation for Fine followed by what a song gets when it is broadcast on the radio.

16d         Old MP hugs excited girl, one aboard merry-go-round (9)
WHIRLIGIG – Put together an anagram (excited) of GIRL and the Roman numeral for one, then wrap a member of a British political faction in Parliament in the 18th century round the result.

19d         Exchange views on son supporting athletics event (7)
DISCUSS – One of the field events at an athletics meeting, followed by Son.

22d         Notice that lady’s poodle at last finding stick (6)
ADHERE – Put together a short publicity notice, the pronoun for ‘that lady’s’, and the last letter of poodlE.