Good morning from a grey South Staffs. Mrs DT and I had our jabs on Wednesday, so far (touch wood!) without any adverse effects.

We have a pangra missing the X today, so can identify ProXimal as the setter. I didn’t find any particular difficulty in completing it in ** time.

1a           They advocate close-fitting underwear (6)
BRIEFS – Double definition, the first being a slang word for a lawyer.

4a           Fought little bit with journalist penning page (8)
SCRAPPED – Another word for a small piece of something, and the usual crossword journalist, placed either side of an abbreviation for Page.

10a         Might seahorses be required for this sport? (5,4)
WATER POLO – Cryptic definition of an aquatic sport, the terrestrial namesake of which is played on horseback. 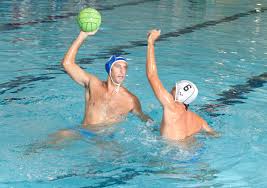 11a         Leader in hunt going east for yaks (5)
TALKS – Start with the sort of hunt which involves creeping quietly up on one’s prey, then move the first letter to the end (going east, in an Across clue).

12a         Could be resort hotel agent backed (7)
PERHAPS – Put together a health resort, the letter represented by Hotel in the NATO alphabet, and a shortened word for a commercial agent, then reverse (backed) the result.

13a         Reveal a Parisian caught by Kent port not opening (7)
UNCOVER – Put together a French word for ‘a’, the cricket abbreviation for ‘caught’, and a heavily used Channel port, minus its first letter (not opening).

15a         Approached gathering soft wood for heat source (8)
CAMPFIRE – Another word for ‘approached’ wrapped round the musical symbol for ‘soft’ and some evergreen wood.

18a         Way around New Age temple (8)
PANTHEON – Start with a way or trail wrapped round New, then add a word for a very long period of time, to get a Roman temple. 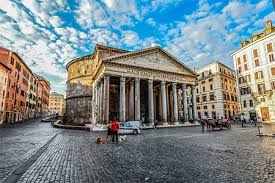 26a         Group swelling after first of barriers is removed (5)
UNION – Remove the first letter of Barriers from a type of swelling on the foot.

1d           Ducks right inside hollow part of boat (8)
BOWSPRIT – Another word for ‘ducks’ or ‘bends one’s head’, followed by a hole in the ground wrapped round Right. 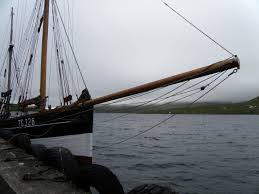 3d           Fast insect circling me in sky (9)
FIRMAMENT – Put together another word for ‘fast’ or ‘fixed’, and one of the usual crossword insects wrapped round ME (from the clue). 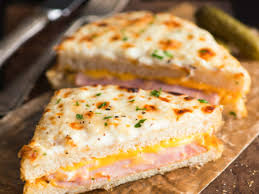 6d           A note in Zulu about ancient person (5)
AZTEC – Put together A (from the clue), the letter represented by Zulu I the NATO alphabet, a note of the sol-fa scale, and a Latin abbreviation for ‘about’ or ‘approximately’, to get a member of a Central American people.

7d           Bother father on toilet, one on the throne (7)
PALAVER – Put together a short word for ‘father’, a shortened form of another word for ‘toilet’, and the regnal cipher of the Queen.

8d           Abandon course after losing heart (6)
DESERT – Remove the central letter (losing heart) from a word for the sweet course of a meal. 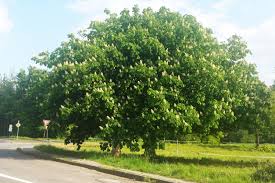 19d         On article, grime’s upset European (7)
ASTRIDE – Put together an indefinite article, the reverse (upset) of another word for ‘grime’s’ (including the ‘S), then European. 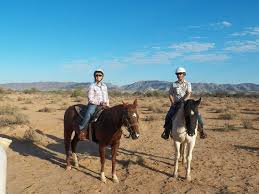 24d         Love winner knocking out popular title-holder (5)
OWNER – The letter which looks like a love score at tennis, followed by W(in)NER (from the clue) with a word for ‘popular’ removed.