Good morning from South Staffs and another dull, grey day of lockdown.

In contrast to the last couple of Fridays, I rattled through today’s puzzle at some speed, hence the * marking.

1a           Common to find extra starting price studied (10)
WIDESPREAD – A cricket extra, followed by the abbreviation for Starting Price and another word for ‘studied’.

9a           Reserve suite but confused about street briefly (10)
SUBSTITUTE – Anagram (confused) of SUITE BUT, wrapped round the short form of ‘street’.

12a         Love and desire gripping student — would that be wise? (6)
OWLISH – The letter which looks like a love score at tennis, followed by another word for ‘desire’ wrapped round the letter which usually indicates a student or learner. The result is a word for someone who looks like a bird reputed to be wise. 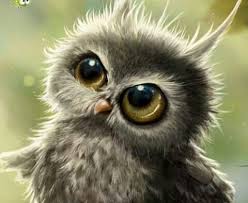 13a         Second person with no starter to eat? Most immature (8)
YOUNGEST – The second person pronoun, followed by another word for ‘eat’ minus its first letter.

15a         Two groups of politicians to accommodate or a lot of researchers here (12)
LABORATORIES – OR A (from the clue) placed between an abbreviation for one UK political party and a familiar name for the party opposing them.

21a         Going on and on, getting cross inside and outside (8)
EXTERNAL – Put a cross-shaped letter inside another word for ‘going on and on’ or ‘endless’.

24a         This person’s popular, being embraced by yours truly (4)
MINE – Another word for ‘popular’ or ‘fashionable’, inserted into the pronoun for ‘yours truly’.

27a         Objects, seeing lies getting Victor kicked out for tango (10)
INTENTIONS – Start with a word for ‘lies’ or ‘made-up stories’, then remove the letter represented by Victor in the NATO alphabet, and replace it with Tango from the same alphabet.

1d           You know if you’ve got it (6)
WISDOM – Cryptic definition. Someone who has this characteristic will also have knowledge – though the opposite is not necessarily true!

2d           Flirt with depression in Yorkshire? Book twice for lodging (6)
DABBLE – A Yorkshire valley with two instances of Book inserted.

8d           Quiet before and after riot — disorderly but not very long (8)
SHORTISH – Two instances of an instruction to be quiet, placed either side of an anagram (disorderly) of RIOT.

11d         Release article on part of speech — stick with it (12)
ANNOUNCEMENT – Put together an indefinite article, a part of speech, and something used to stick things together.

16d         Southern elite journalist was crying? (8)
SCREAMED – Put together Southern, another word for the elite, and the usual crossword journalist.

19d         Work over short speech of gratitude before getting to food (6)
POTATO – Put together the reverse (over) of the Latin abbreviation for a (musical) work, a short word of thanks, and TO (from the clue). 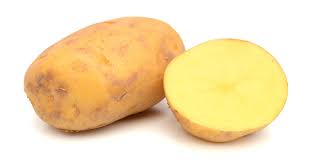 20d         Notebooks unopened? They’re probably out swimming and running around (6)
OTTERS – Remove the initial letter from a word for a notebook, and you get a mammal which lives on the riverbank and catches fish. 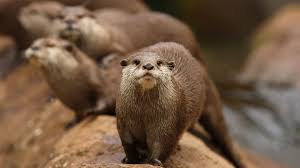 23d         Incisiveness, let’s say, of French revolutionary (4)
EDGE – Put together the Latin abbreviation for ‘say’ or ‘for example’ and the French for ‘of’, then reverse (revolutionary) the result.