Good morning and Happy New Year from South Staffs. Let’s hope for health and happiness for all, and release from the twin plagues of virus infection and government nannying.

Today’s puzzle is a reasonably gentle one for those who stayed up late to see in the New Year, and has a certain seasonal element.

9a           Show bottom student that item with heavenly illumination (7)
MOONLIT – Put together a slang term for showing one’s bottom in public, the letter which indicates a student driver, and the pronoun for ‘that item’.

Slowly, silently, now the moon
Walks the night in her silver shoon;
This way, and that, she peers, and sees
Silver fruit upon silver trees;
One by one the casements catch
Her beams beneath the silvery thatch;
Couched in his kennel, like a log,
With paws of silver sleeps the dog;
From their shadowy cote the white breasts peep
Of doves in silver feathered sleep
A harvest mouse goes scampering by,
With silver claws, and silver eye;
And moveless fish in the water gleam,
By silver reeds in a silver stream.
Walter de la Mare

10a         Book perhaps with chart for base of operations (9)
WORKTABLE – Another word for a book or a piece of music, followed by a chart of figures.

13a         Conditions expected if quartet is spoken by actors (7,8)
WEATHER FORECAST – Put together homophones (is spoken) of another word for ‘if’ and another word for a quartet, then add the collective noun for the actors in a play.

20a         Tango in nude’s going wrong – with time one should learn (7)
STUDENT – Anagram of the letter represented by Tango in the NATO alphabet and NUDE’S, followed by Time.

22a         Retribution in Geneva recollected once, with nothing omitted (9)
VENGEANCE – Anagram (recollected) of GENEVA, followed by (o)NCE.

25a         Socially uncertain, like a redundant teacher? (9)
CLASSLESS – The teacher is redundant because he or she has no pupils to teach, so could be said to be this,

2d           Strange enigma, keeping love a thing for oneself? (8)
EGOMANIA – Anagram (strange) of ENIGMA, with the letter which looks like a love score at tennis, followed by A (from the clue).

3d           Kind of picture that speaks volumes? (6)
TALKIE – Cryptic definition of the type of cinematic production which displaced silent fims.

5d           Little drink needed in Spain, so swallowing squash (8)
ESPRESSO – The IVR code for Spain and ‘so’ (from the clue), placed either side of (swallowing) another word for ‘squash’. 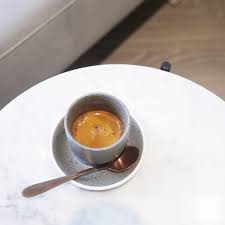 7d           League and Cup, say, could be possible with United ousting ace (6)
DOUBLE – A sporting term describing the winning of two trophies in a single season. Another word for ‘possible’ or ‘feasible’ has the A(ce) replaced by U(nited).

14d         What keeps trousers creased? Working flunkey (6-2)
HANGER-ON – Something used to put trousers away tidily, followed by another word for ‘working’.

15d         Sort of Italian automatic response, getting amorous (8)
ROMANTIC – An adjective for an inhabitant of a large Italian city, followed by a nervous reflex.

17d         They carry bits and pieces to Tetleys, maybe dropping the first article (4,4)
TOTE BAGS – TO (from the clue) followed by something made by Tetleys or PG Tips, with the first instance of the indefinite article removed. 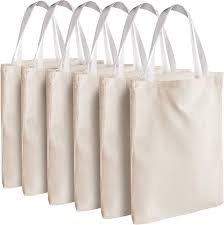 20d         Rest that makes one smile, as it can occasionally (6)
SIESTA – Alternate letters (occasionally) of the fourth to the seventh words of the clue.

21d         German divers in American landing craft? (1-5)
U-BOATS – These divers are machines rather than people. One of the abbreviations for ‘American’ wrapped round a craft or vessel.