Hello, everyone, and welcome to my last blog of 2020. Happy to see the end of that awful year. I was bang on wavelength today, completing this one in a single pass top to bottom.  First time that's ever happened for me. I was definitely helped by the inclusion of an above average number of Usual Suspects. Smooth surfaces and tight wordplay made for an enjoyable solve.

In the hints below most indicators are italicized, and underlining identifies precise definitions and cryptic definitions. Clicking on the answer buttons will reveal the answers. In some hints hyperlinks provide additional explanation or background. Clicking on a picture will enlarge it and a hover (computer) or long press (mobile) might explain more about the picture. Please leave a comment telling us how you got on.

1a    Poet regularly longs for fruit (7)
PEACHES:  Alternate letters (regularly) of POET with longs or yearns

5a    Model, after work, departs hostile (7)
OPPOSED:  Model or sit comes after the usual abbreviated musical work, and that's all followed by the single letter for departs 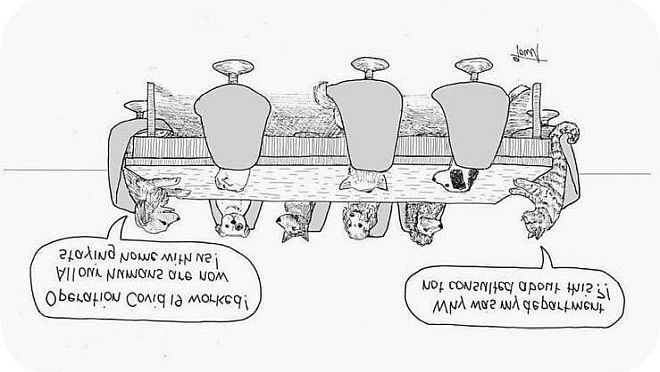 9a    Piano to the right of china mug (5)
CHUMP:  The single letter for piano comes after (to the right of, in an across clue) what china means in rhyming slang

10a   Ten across flustered old family members (9)
ANCESTORS:  An anagram (flustered) of TEN ACROSS

11a   International study bound to enthral if discovered (10)
IDENTIFIED:  Concatenate the single letter for international, a study (in the sense which the BRB amusingly defines as "A room devoted to study, actually or ostensibly"), and bound with rope containing (to enthral) IF from the clue

14a   New vessel there at sea, in spite of everything (12)
NEVERTHELESS:  The single letter for new with an anagram (at sea) of VESSEL THERE

18a   Worried if aching, since husband's lost weight (12)
SIGNIFICANCE:  An anagram (worried) of IF ACHING SINCE minus the genealogical abbreviation for husband (… husband's lost)

21a   Some sent back application, originally, for club (4)
IRON:  The answer is hidden inside the reversal of (some sent back …) the remainder of the clue 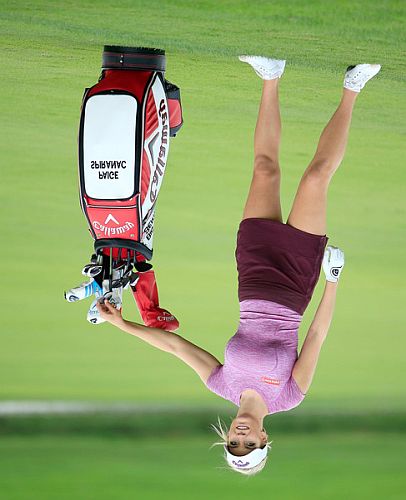 22a   Signs of nerves after government almost is revealing data (10)
STATISTICS:  Some involuntary muscular signs of nerves come after the fusion of government or nation with its last letter deleted (almost) and IS from the clue

25a   Left a group working with editor (9)
ABANDONED:  Link together A from the clue, a group or gang, working or operating, and the abbreviation for editor

27a   Radical half-trembles entering river (7)
EXTREME:  Half of TREMBLES inserted in (entering) a river found mostly in Devon

1d    Piece of cake to eat outdoors (6)
PICNIC:  A double definition.  The first is colloquial, the second literal 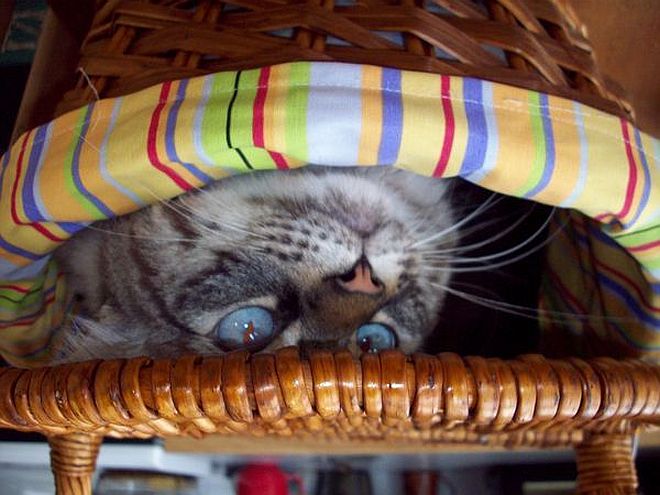 2d    Sailor employed and mistreated (6)
ABUSED:  A usual sailor with employed or applied

3d    Pity he's so confused about hard theory (10)
HYPOTHESIS:  An anagram (confused) of PITY HE'S SO containing (about) the pencil abbreviation for hard 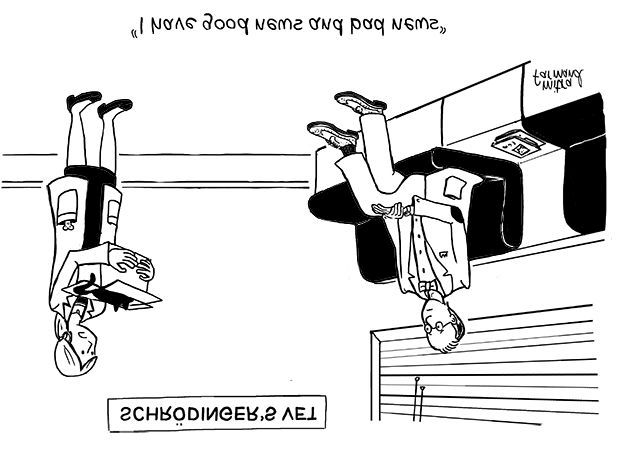 4d    Mark put on female item of clothing (5)
SCARF:  A mark, perhaps from a wound, is followed by the single letter for female

7d    Finally encourages parent to inhale oxygen to become calmer (8)
SMOOTHER:  Follow the last letter (finally) of encourages with a female parent containing (to inhale) the chemical symbol for oxygen

8d    Torment, as I had picked up accent (8)
DISTRESS:  The reversal (picked up, in a down clue) of the contraction of "I had" is followed by accent or emphasize

13d   Beating for each swear word at home entertains Oscar (10)
PERCUSSION:  Glue together a short word meaning "for each", a swear word or curse, and a usual word meaning at home that contains (entertains) the letter represented in the NATO phonetic alphabet by oscar

15d   Life is tense after former lover starts to eat numerous chocolate eclairs (9)
EXISTENCE:  IS from the clue and the single letter for grammatical tense both come after a usual former lover, and that lot is followed by the initial letters of (starts to) the remaining words in the clue

16d   Is Parisian friend after independent quotation? (8)
ESTIMATE:  Assemble the French word for "is", the single letter for independent, and a friend or pal

17d   I got nan excited about Romeo in the dark (8)
IGNORANT:  An anagram (excited) of I GOT NAN containing (about) the letter represented in the NATO phonetic alphabet by romeo

24d   Python slid lengthways, to an extent (4)
IDLE:  This Python is hiding as part of (… to an extent) the remainder of the clue

Thanks to today’s setter. I particularly liked the simplicity of 12a, the originality of the wordplay for the oft seen 5d, and the amusing surface of 15d. My favourite clue is 3d because I feel like that sometimes. Which clues did you like best?