This puzzle took me some time to get a foothold, and I thought it was going to be really difficult, but once I got some checkers in place life became a little easier, and I finished in *** time.

1a           Advert over railway for something to eat (4,6)
PUFF PASTRY – Put together another, somewhat dated word for an advert, another word for ‘over (and done with)’, and an abbreviation for ‘railway’. 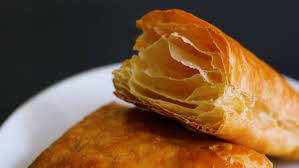 6a           He wrote notes maybe covering for elder, it’s said (4)
BACH This composer has a name which sounds a bit like the covering of an elder, or any other tree, for that matter.

10a         Marine guards Queen, returning debt that will grow massively (7)
SEQUOIA – Put together the chess notation for a queen and the reverse of a three-letter acknowledgement of debt, than wrap another word for ‘marine’ round the result, to get a very large tree. 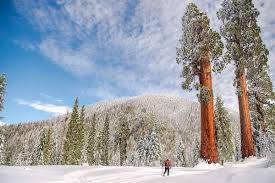 12a         Play in the traffic? (6,7)
STREET THEATRE – Cryptic definition of dramatic productions which take place outdoors among the passers-by.

14a         Daily withdrawals of liquidity from the banks? (3,5)
LOW TIDES – Cryptic definition of what you have when the water has receded from the banks of an estuary.

19a         Slough introduced to exotic tango — this goes downhill fast (8)
TOBOGGAN – A slough (of Despond, perhaps!) inserted into an anagram (exotic) of TANGO.

21a         Gadget that makes space less polluted? (6,7)
VACUUM CLEANER – The first word is what you find in outer space, the second means ‘less polluted’. The whole is a household gadget that Mrs DT has been wielding relentlessly as she prepares for Christmas.

26a         Cinders put on diamonds showing sparkle (4)
DASH – The abbreviation for the Diamond suit at cards, followed by another word for the cinders and other detritus from a fire.

27a         Hold-up requires audacity and impudence (10)
BOTTLENECK – Split this (6,4) and you have a Cockney rhyming slang word for ‘audacity’ or ‘courage’, and another slang word for ‘impudence’, often preceded by ‘brass’.

1d           Settlement is crowded, we hear (4)
PACT – A diplomatic settlement or agreement which sounds like (we hear) another word for ‘crowded’.

2d           Driver’s warning was written up as expected (7)
FORESAW – The warning shouted by a golfer whose drive is errant, followed by the reverse (written up) of WAS (from the clue).

3d           Legal case that shows one’s young? (9,4)
PATERNITY SUIT – Cryptic definition of a court action designed to find out the father of a child.

8d           Haul new plastic nets, getting unexpectedly lucky (6-4)
HEAVEN-SENT – Put together another word for ‘haul’, an abbreviation for New, and an anagram (plastic) of NETS.

11d         No.1 mounts, kept by trained equestrian in form (13)
QUESTIONNAIRE – The letters which look like ‘No 1’ are reversed (mounts) and inserted into an anagram (trained) of EQUESTRIAN.

16d         Orderly officer, that man needs payment! (8)
COHERENT – Put together the abbreviation for a commanding officer, the pronoun for ‘that man’, and a payment for the hire of property.

18d         Needing pounds not pence, steals jewellery items (7)
LOCKETS – Another word for ‘steals (small moveable property)’ has the abbreviation for Pence removed and replaced by the Latin abbreviation for pounds.

22d         What may be stuffed in banger, say, before function (5)
CARGO – A vehicle which may be a banger if it is old and decrepit, followed by another verb meaning ‘function’.

Did you know that A Tale of Two Cities was first published in two local newspapers?

“It was the Bicester Times.

It was the Worcester Times …”