Good morning from South Staffs where the early morning sun has burnt off the overnight mist in Stalag Boris.

I found today’s puzzle reasonably straightforward, with no obscure vocabulary and some inventive cluing.

1a           Thespian having Scotch maybe, and a second unfinished (8)
DRAMATIC – The definition here is an adjective. Put together a word for a tot of whisky or other spirit, A (from the clue), and another word for a second or short period of time without its final letter (unfinished).

8a           Queen, the fourth seen around capital (6)
VIENNA – Put together a Stuart queen and the Roman numeral for ‘fourth’, then reverse the result to get a European capital city. One that’s in the news for the wrong reason at the moment.

9a           If one has trouble crawling, one gets thrown out (8)
LIFEBELT – Cryptic definition of something used to help a swimmer in difficulties (‘crawling’ being using a particular swimming stroke). 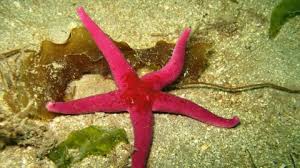 11a         Measure my hat, my shirt — occasionally back-to-front (6)
RHYTHM – Alternate letters of My HaT mY sHiRt, reading from right to left.

12a         Plant crushing diamonds is horribly audible (8)
BUDDLEIA – Anagram (horribly) of AUDIBLE wrapped round the abbreviation for Diamonds. 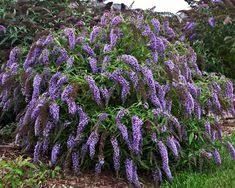 13a         Trust former spouse to go to court about gym … (6)
EXPECT – The usual former spouse and an abbreviation for ‘court’, placed either side of the school lesson known as ‘gym’.

15a         … wife appearing in film for defence? (6)
LAWYER – A thin film or stratum with Wife inserted, giving someone who may appear for the defence in court (the ellipsis … showing a reference back to the court mentioned in the previous clue).

21a         Separate from delta, is island in the Med? (8)
DISCRETE – Put together the letter represented by Delta in the NATO alphabet, IS (from the clue), and a Mediterranean island, legendary home of the Minotaur.

23a         Still showing this writer’s instant irritability (8)
IMMOBILE – Put together another way of saying ‘this writer is’, an informal word for an instant, and another word for irritability derived from a bodily secretion.

26a         Drop-in centre for woolly-headed types to get clean (5-3)
SHEEP-DIP – Cryptic definition of something used to protect sheep from pests.

1d           Seedy venues using fliers that will get one in for nothing (5)
DIVES – Start with some birds (fliers) often used as a symbol of peace, then replace the letter which looks like a zero or nothing with the Roman numeral for one.

4d           Cruelty of century-old queen wrapped in fiery cape (4-11)
COLD-HEARTEDNESS – Put together an abbreviation for ‘century’, OLD (from the clue), another word for ‘fiery’ wrapped round the Latin abbreviation for ‘queen’, and a cape or headland.

12d         Writer of dance score (9)
BALLPOINT – A formal dance meeting, followed by another word for the score in certain card games, or a unit of the score in other games. 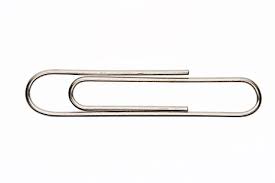 16d         For instance, queen with two kings in hand (7)
WORKMAN – Something or which ‘queen’ (or ‘mother’) is an example, with the Latin and chess abbreviations for ‘king’ inserted, to produce a factory hand.

22d         Opium trade regularly brought over gorge (3,2)
EAT UP – Alternate letters (regularly) of the first two words of the clue, read from right to left (brought over).