Good morning from South Staffs, or Tier 1 in the Great British Dystopia.

After a run of quite tricky Friday crosswords, this one went in at a near record pace for me. It will be interesting to hear what others make of it.

5a           Wet morning Dicky spends outside (8)
DAMPNESS – The usual Latin abbreviation for morning, with an anagram (dicky) of SPENDS wrapped round it.

9a           Type of moustache that’s inclined to collect pieces of food? (10)
TOOTHBRUSH – Cryptic definition of the sort of moustache which looks like an implement used to remove food particles from between your teeth. 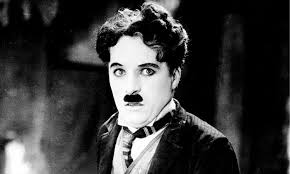 10a         Politician succeeded keeping away from rumour (4)
TORY – Remove an abbreviation for Succeeded from the beginning of a word for ‘rumour’, to get a politician from one of the main UK parties.

13a         Maybe Glaswegian firm is impressed by virtuous individual (4)
SCOT – The short form of the title given to a holy person is wrapped round the abbreviation for ‘company’.

15a         Ultimately momentous ruling a criminal finds extraordinary (8)
SINGULAR – The last letter of momentouS, followed by an anagram (criminal) of RULING A.

21a         Large pin discovered by Kelvin blocking drain (6)
SKEWER – An underground drain wrapped round the abbreviation for Kelvin.

26a         Mum runs mobile shop, identifiable initially about county (10)
SHROPSHIRE – Put together an instruction to ‘keep mum’, an abbreviation for ‘runs’, an anagram (mobile) of SHOP, the first letter (initially) of Identifiable, and the Latin word for ‘about’ or ‘concerning’.

27a         Deliberate where artist will paint you and me (8)
STUDIOUS – An artist’s workplace followed by a pronoun for ‘you and me’.

28a         Brainy Saudi, he periodically abandoned home city? (6)
RIYADH – An all-in-one clue. Alternate letters of the first three words of the clue give us what may well be the home city of a Saudi citizen.

2d           Face towards seaside promenade (5)
FRONT – Double definition. There’s not much I can usefully add, except to say, incase it helps some of our overseas readers, that the seaside promenade is where you walk, not the walk itself.

6d           Pester old actor going around close to Hadley Wood (8)
MAHOGANY – Put together a three-letter word for ‘pester’, Old, and an exaggerated actor, then reverse the result (going around) and add the last letter (close) of HadleY. 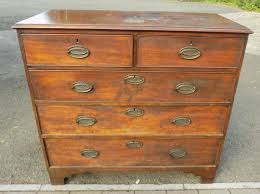 8d           Eccentric dance that follows twist (9)
SCREWBALL – A twist or twisting motion applied to a fastening, followed by a formal dance occasion.

14d         Investigates EU nationals reportedly on strike (6,3)
CHECKS OUT – A homophone (reportedly) of some citizens of a an eastern EU state, followed by a three-letter word for ‘on strike’.

16d         It’s strange seeing United play regularly having secured new ground (9)
UNEARTHLY – An abbreviation for United and alternate letters (regularly) of pLaY are placed either side of an abbreviation for New and what the ground is made of.

17d         King, not entirely well, catching cold outdoors (8)
ALFRESCO – The king of Wessex who burned the cakes has his final letter removed (not entirely). Then add a two-letter adverb which has a lot of uses including ‘well’, wrapped round the abbreviation for Cold.

22d         European bird reared over delta paddled through water (5)
WADED – Start with European and a type of bird more often prefixed with ‘jack’. Reverse (over) the result and add the letter represented by Delta in the NATO alphabet.

24d         Sacked friend outwardly contains anger (5)
FIRED – The outside letters of FrienD, with another word for ‘anger’ inserted.