Good morning from South Staffs on a sunny October morning.

Today’s puzzle wasn’t as difficult as last week’s for me, but still went into my *** time, probably because I spent too long trying to tease out some wordplay from 14a.

10a         Dodgy alibi, with connections offering gifts (9)
ABILITIES – Anagram (dodgy) of ALIBI, followed by some links or connections.

12a         Golf precedes this person’s award (4)
GIVE – The letter represented by Golf in the NATO alphabet, followed by the short form of ‘this person has’.

14a         Some creep munching gum leaves (12)
CATERPILLARS – Cryptic definition of the larval forms of an insect which crawl along eating leaves. 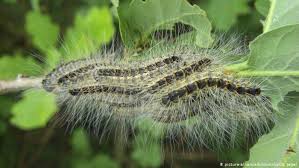 21a         Deceased not half needed for undertaking (4)
DEED – Remove half the letters from DE(ceas)ED and you get a legal undertaking.

22a         Females comprising more than one resident in 5? (10)
PRINCESSES – Cryptic definition of some of the people who may live in the answer to 5a. 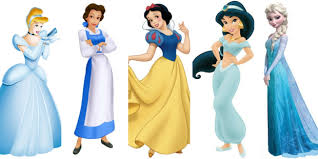 25a         Paints, say, old-fashioned parent, one too short (9)
MATERIALS – The Latin word for one of your parents, followed by the Roman numeral for one and another word for ‘too’ with its final letter removed (short).

26a         Cuddling grandma, that is silly (5)
INANE – The Latin abbreviation for ‘that is’ wrapped round a familiar word for grandma.

27a         One’s often high during a performance but down after the show (7)
CURTAIN – Cryptic definition of something which comes down in the theatre at the end of a performance.

1d           Nice perhaps and kind about taking the lead (6)
RESORT – Nice here is the French city. We have another word for ‘kind’ or ‘type’, with the Latin for ‘about’ or ‘concerning placed in front of it.

3d           This kind of clue, by the sound of it, looks on a lower level (10)
DOWNSTAIRS – This clue, and those listed around it, all have one thing in common, which makes up the first four letters of the answer. Now add a homophone (by the sound of it) of a word for ‘looks’.

6d           Schoolboy traps the compiler set! (4)
LAID – A young boy wrapped round the pronoun which the setter applies to himself/herself. ‘Set’ as in ‘set the table’.

7d           Wild Arctic tours I left, showing disapproval (8)
CRITICAL – Anagram (wild) of ARCTIC wrapped round I (from the clue) and followed by Left.

8d           Now and then, Seuss writes with energy and tension (8)
SUSPENSE – Put together alternate letters (now and then) of SeUsS, another word for ‘writes’, and an abbreviation for Energy.

16d         Intellectual copyright undermines a rogue record company (8)
ACADEMIC – Put together A (from the clue), a rogue or low fellow, the three-letter acronym of a former record company, and the abbreviation for ‘copyright’.

17d         One creates liquid vintner’s keeping over (8)
INVENTOR – Anagram (liquid) of VINTNER wrapped round Over.

23d         They smell new — flowers pruned at the top (5)
NOSES – New followed by some garden flowers with their first letter removed.

24d         Queen intercepts motorists going over field (4)
AREA – The initials of one of the large motoring organisations are wrapped round the Queen’s regnal cipher, then the whole lot is reversed (going over).