I only time my crossword solving when I am blogging, because I use the paper version the reswt of the week, but today’s puzzle was the fastest solve that I can recall – and judging from the number of people appearing on the leaderboard last night, there were plenty of others who would agree. A little light relief for gloomy times. 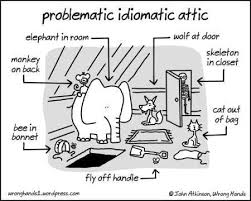 9a           Inflexible international organisation British close (9)
UNBENDING – Put together the usual international political gathering, an abbreviation for British, and another word for the ‘close’.

11a         Earlier church official (5)
PRIOR – Double definition, the second being a monastic rank, just below ‘abbot’.

12a         Ace evening with no one spreading retribution (9)
VENGEANCE – Anagram (spreading) of ACE EVEN(i)NG with the Roman numeral for one removed (with no one).

18a         Detective’s area is murder (8)
DISPATCH – The abbreviation for a detective rank, plus the ‘S, followed by a slang word for a policeman’s area of responsibility.

24a         King eludes one of his followers in darkness (5)
NIGHT – Remove the chess notation for a King from the name of one of the minor chess pieces.

25a         Where a map-reader’s only way is up (5,4)
SOUTH POLE – Maps customarily have North at the top, so travelling north is up the map. The answer is the one place on earth where, whichever direction you take, you will be travelling north.

3d           Official in black who regularly sends people off (7,8)
FUNERAL DIRECTOR – Cryptic definition of someone responsible for sending you off, not the football pitch, but this mortal coil. 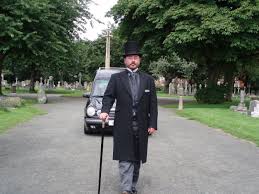 7d           Head of force in demand over church security (7)
DEFENCE – Reverse (over) another word for ‘demand’ (as in ‘supply and demand’), insert the first letter (head) of Force (from the clue), then add an abbreviation for the Church of England.

8d           Most natural in Spain — snooze showing bottom on top! (7)
EASIEST – Start with the IVR code for Spain, then add a Spanish afternoon nap, but with the last letter moved to the beginning.

17d         Longin’ to steal thousand grand and drink to celebrate? (4,3)
PINK GIN – Another word for ‘longin’’ (remember to remove the final G), wrapped round abbreviations for ‘thousand’ and ‘grand’. 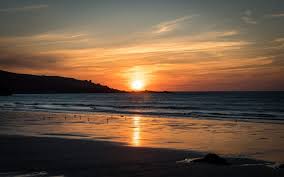