Good morning from South Staffs. The sun is shining, but the news continues to be grim, as the only thing the incompetents in charge of us can think of is to lock us all up again, and expect us to snitch on our neighbours by way of recreation.

Today’s puzzle is a pangram missing the X, as is the Quick Crossword, so I think we can identify the setter as ProXimal. Once I had tuned in to the setter’s style, it was a steady solve.

1a           Approaching in sportswear reveals flaws (12)
SHORTCOMINGS – Something often word for athletic pursuits is wrapped round another word for ‘approaching’.

9a           Type of music depressed one singing (9)
BLUEGRASS – The colour often associated with sadness or depression, followed by one who ‘sings’ or ‘squeals’ to the authorities.

10a         Bad smell in street overhead (5)
ABOVE – An abbreviation for a type of street wrapped round a two-letter acronym for a particular type of bad smell.

11a         Dull not having alcohol over bit of cereal (6)
DREARY – An adjective which describes somewhere where the sale of alcohol is prohibited, wrapped round part of a cereal plant.

12a         Plan escape needing to return after school (8)
SCHEDULE – An abbreviation for ‘school’ followed by the reverse (needing to return) of another word for ‘escape’ or ‘evade’.

13a         Material X subsumes fellow, oddly (6)
TEFLON – Write out in full the number represented by X for the Romans, and wrap it round alternate letters of FeLlOw.

18a         Maybe Bonnie but not Clyde getting life term (8)
GIRLHOOD – Split the answer (4,4) and you get what could be a description of Bonnie Parker but not of her male partner Clyde Barrow. As one word, the answer describes a phase in the life of any woman.

19a         Announced confectionery for sets (6)
SUITES – A homophone (announced) of some items of confectionery which applies to sets of furniture or connected rooms in a hotel.

21a         Pretended to eat mushroom and swallowed (8)
ACCEPTED – ‘Pretended’, as a thespian might, wrapped round a variety of mushroom.

23a         Direct training after a second-rate game (6)
ABRUPT – Put together A (from the clue), a letter indicating ‘second-rate’, the initials of a fifteen-a-side football game, and the initials of some physical training.

26a         Scoffed being defeated, losing billions (5)
EATEN – Remove the abbreviation for Billions from another word for ‘defeated’.

27a         Tanks being clear sign to involve leader of military (9)
AQUARIUMS – A sign of the Zodiac wrapped round the first letter of Military, producing some glass-sided tanks. 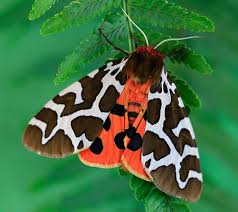 8d           Deny soldiers about to intercept aircraft (6)
REJECT – The initials of a regiment of engineers, followed by a type of aircraft wrapped round a Latin abbreviation for ‘about’ or ‘approximately’.

14d         Some paralytic or effectively keeled over showing savagery (8)
FEROCITY – Hidden in reverse (keeled over) in the clue.

16d         Criminal Mafia boss hiding ingot under carpet (4,5)
DRUG BARON – Put together a small carpet and another word for an ingot, then wrap a Mafia boss round the result.

17d         Tip off pro: create conflict between opponents (8)
FOREWARN – The English word for ‘pro’ (in a debate), followed by two bridge opponents placed either side of an armed conflict.

18d         Minor injuries as goat feeds (6)
GRAZES – I think this is meant to be a double definition, but it doesn’t work, because a goat is a browsing animal. Substitute ‘sheep’ or ‘cattle’ in the clue and it is a double definition.

22d         Copper keeping home initially hampered nick (5)
PINCH – The initials of a rank in the police force are wrapped round ‘at home’, then the first letter of Hampered is added on the end.

25d         Vessel carrying article to north island (4)
GUAM – Wrap a drinking vessel round an indefinite article, then reverse (to north) the result to get a Pacific island.