Good morning from South Staffs where we have a cloudy and damp start to the Bank Holiday weekend. My thanks to Big Dave for stepping in last week while I was off running a croquet tournament.

I found this week’s puzzle reasonably straightforward, with no real hold-ups. It will be interesting to see what others make of it.

1a           Veterans formed square (3-9)
OLD-FASHIONED – A characteristic of veterans followed by another word for ‘formed’.

9a           Well-armed character that squirms when caught (7)
OCTOPUS – Cryptic definition of a creature with eight arms. 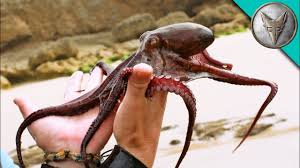 10a         Music, hackneyed stuff that’s supposed to enhance a film (7)
POPCORN – A type of music, then a word for things that are hackneyed, giving us some stuff which the setter seems to like about as much as I do, sold in buckets at inflated prices in cinemas.

11a         Bands that bring things to a close with a bow? (7)
RIBBONS – Cryptic definition of what you might use to tie up a gift-wrapped parcel.

12a         Undeterred by discharge in river (7)
DESPITE – A Scottish or Welsh river wrapped round a bodily discharge of mucus or saliva.

14a         Distance when flying to check carbon disasters (9)
ACCIDENTS – Anagram (when flying) of DISTANCE wrapped round the chemical symbol for carbon.

16a         Musical group or artist’s carrying case (9)
ORCHESTRA – OR (from the clue) and the usual crossword artist, placed either side of a solid case.

19a         Place I mentioned in communications (5)
INDIA – Double definition, the second being the word used for the letter I in the NATO alphabet.

21a         Transport pilots in waterway linking delta and sierra (7)
DRIVERS – The letters represented in the NATO alphabet by Delta and Sierra are placed either side of a natural waterway.

23a         Criticised houses neglected at first on a slope (7)
SLANTED – Put the first letter (at first) of Neglected inside a word for ‘criticised’.

24a         Crying out for reconditioned engine to tour Germany (7)
NEEDING – Anagram (reconditioned) of ENGINE wrapped round the IVR code for Germany.

1d           Nothing odd about order book tycoon presented over part of year (7)
OCTOBER – Take the even-numbered letters (nothing odd) of the 4th, 5th and 6th words of the clue, counting from the back (presented over), to get the name of one of the months of the year.

3d           Stubborn and industrious types securing first and second (9)
ASSISTANT – The archetypal stubborn animal and the archetypal industrious one, placed either side of three letters which look like an alphanumeric version of ‘first’. The definition is a noun.

6d           Deterioration rising, no one angry (7)
EROSION – Put together NO (from the clue), the Roman numeral for one, and another word for ‘angry’, then reverse the result (rising).

7d           Relative sending a postcard? (13)
CORRESPONDING – Double definition, though the second might more fully be the act of sending and receiving postcards.

8d           Considerate but grasping (13)
UNDERSTANDING – Double definition, the second being a reference to solving a problem rather than to being tight-fisted.

15d         In which we learn about young woman going to space (9)
CLASSROOM – Put together the Latin abbreviation for ‘about’ or ‘approximately’, a young woman, and space to move about.

19d         This person, volunteer with upturned collar, kind of European (7)
ITALIAN – Put together the pronoun for ‘this person’, the letters denoting the former name of the Army Reserve, and the reverse (upturned) of another word for ‘collar’, where both are informal verbs for ‘catch’ or ‘arrest’.

20d         Makes team tea, possibly? Specific info needed! (7)
DETAILS – To make ‘team’ into ‘tea’ we have to remove the last letter. If the first letter is the head, the last letter could be the —-, to which we need to add a prefix indicating removal, and an S on the end to make the putative verb answer match case with ‘makes’ in the clue.

22d         Beloved newspaper — American, from the South (5)
SUGAR – Put together a pejorative word for a newspaper and an abbreviation for ‘American’, then reverse the result (from the south) to get an informal word for ‘beloved’.