Good morning from South Staffs where it’s misty and overcast at the moment. A fine example of the pathetic fallacy, in that the weather matches my mood as our nanny state effectively removes any hope I had of a holiday in France this autumn.

I’m not sure what to make of today’s puzzle: it took me into *** time to fill the grid, but parsing some of the answers took longer, and I’m still not entirely sure I haven’t missed something. No doubt our esteemed commentariat will set me straight.

1a           Making an issue of what’s been written? (10)
PUBLISHING – Cryptic definition of the process of getting one’s written work into the public domain.

10a         Shabby inner-city parking causes depression (5)
SLUMP – Some run-down inner city property followed by the sign that parking is allowed. 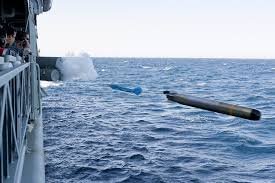 14a         Communist allowed ground-up dry tea for celebration (3,6,3)
RED LETTER DAY – Put together the usual colour of Communist, another word for ‘allowed’, and an anagram (ground up) of DRY TEA.

18a         Electrical fault noticed with restricted observation? (5-7)
SHORT-SIGHTED – A five-letter word for an electrical fault (more fully a (5,7) phrase), followed by another word for ‘noticed’, giving us a description of those with a common inability to see clearly.

21a         Slip put right near the back of a book (7)
ERRATUM – Cryptic definition of a note correcting an error in a publication.

23a         Praise British university breaking routine (7)
TRIBUTE – British and University inserted into a word for ‘routine’ or ‘hackneyed’.

26a         Revolutionary ‘Something in the Air’, with a narrative (4)
SAGA – Reverse (revolutionary) something of which air is constituted, then add A (from the clue).

27a         Disregarding odds, unties astern — the US task, finding wartime havens (6,4)
NISSEN HUTS – Alternate letters of the third to the seventh word of the clue. 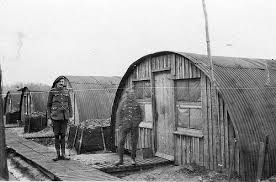 1d           Vegetable bringing in ready money once (6)
PESETA – A small green vegetable wrapped round ‘ready’, as in the state of a sprinter just before the starting pistol is fired, to get a former European currency.

2d           Obscure outbreak starts with Belgium not France (6)
BLURRY – Start with a word meaning ‘outbreak’ (of activity), then replace the IVR code for France at the beginning of the word with the IVR code for Belgium.

4d           Populace‘s vote given to Hearts with two narrow away wins (3,6)
HOI POLLOI – The abbreviation for the heart suit at cards is followed by two sets of letters which look like the smallest possible football score for an away win (following the convention that the home team’s score comes first). A word for an election is then inserted, and we have the Greek phrase for ‘the many’ or the people.

7d           Rest found here in Bill and Ben’s garden? (4,4)
TWIN BEDS – To make sense of this clue you need to be of an age (and possibly of a nationality) to remember Bill and Ben the Flowerpot Men. The two were identical in appearance, which gives the clue to the first word in the answer. The second word is something found in gardens, which in another context is somewhere to rest (though Bill and Ben, of course, slept in their flowerpots)

9d           Something printed from two journalists I crashed into south of border (7,7)
LIMITED EDITION – Put together another word for a border, two examples of the usual crossword journalist, I (from the clue), and an anagram (crashed) of INTO.

16d         Spirits seen in German city church steeple’s entrance (8)
ESSENCES – A city in the Ruhr area of Germany, followed by the acronym for the Church of England and the first letter (entrance) of Steeple.

17d         Brief time in front of grave around memorial showing grief (8)
MOURNING – Put together an abbreviated word for a short period of time, IN (from the clue), and the first letter (front) of Grave. Then insert the sort of memorial which may contain the ashes of the deceased.

19d         Strange dusk gathers over uniform figures in square (6)
SUDOKU – Wrap an anagram (strange) of DUSK around the cricket abbreviation for Over, then add the letter represented by Uniform in the NATO alphabet, to get another component of the Telegraph’s puzzles page.

20d         Playing lines United used to replace energy once (6)
VERSUS – Start with some lines of poetry, then replace one of the abbreviations for Energy with the abbreviation for United, to get ‘playing’, as in Spurs playing Arsenal.

22d         Coming from the south, one’s goal to make US city (5)
MIAMI – ‘One’s’ here is a contraction of ‘one is’. Start with an alternative (equally contracted) way of saying that, then add a goal or intention, and reverse the lot (from the south) to get a city in Florida.

I’m not available next week, so you’ll have a different blogger in the chair.