Good morning from South Staffs. As I write, the sun is shining for the first time for some days.

Nothing particularly difficult for me in today’s puzzle, though the checkers weren’t particularly helpful in deciding which of a few possibilities was the answer to 15a, my last one in. 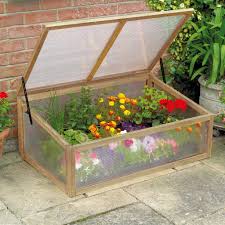 10a         Bit unsettling, entertaining as mum makes rice (7)
BASMATI – Anagram (unsettling) of BIT, wrapped round AS (from the clue) and a short word for ‘mum’, giving us a variety of long-grain rice.

15a         Someone who gives others a hand (6)
DEALER – Cryptic definition of someone at a card table distributing cards.

21a         Cricketer who takes guard late? (5-8)
NIGHT-WATCHMAN – Cryptic definition of a lower-order batsman sent in when a wicket falls late in the day, to protect a specialist batsman from having to come out to bat in difficult circumstances.

24a         One brings food in vehicle to sit around tree, unwinding (7)
CATERER – A motor vehicle wrapped round an anagram (unwinding) of TREE.

25a         Consider US lawyer’s twisted justice (7)
ADJUDGE – Reverse (twisted) the initials of a US law officer responsible for prosecuting local cases, then add another word for the person called a ‘justice’.

2d           Stoppages spread in Accounts (3,4)
LOG JAMS – Some records or accounts ofevents on board ship, wrapped round a preserved fruit spread.

3d           One doesn’t know where to cross (8,5)
FLOATING VOTER – Cryptic definition of someone who is unsure whom to choose in an election.

4d           All the letters from two Greek characters one abridged (8)
ALPHABET – Put together the first two letters of the Greek one of these, then remove the last letter of the second one.

8d           Caught start of rugby scissors manoeuvres intersecting (5-5)
CRISS-CROSS – Put together an abbreviation for Caught, the first letter of Rugby, and an anagram (manoeuvres) of SCISSORS.

11d         NCO material, six-footer accompanying ex-PM (8-5)
SERGEANT-MAJOR – A heavy, twilled material, followed by one of the usual crossword insects (six footer) and the surname of the Prime Minister who followed Margaret Thatcher.

13d         Charisma — dancing, carrying on blowing instruments (10)
HARMONICAS – Anagram (dancing) of CHARISMA, wrapped round ON (from the clue).

18d         Reportedly giant is tense (7)
TIGHTEN – This verb for ‘tense’ sounds like (reportedly) a mythical giant, one of those overthrown by Zeus in Greek mythology.

22d         Gold volunteers located under a vessel (5)
AORTA – Put together A (from the clue), the heraldic term for gold, and the initials of Britain’s former volunteer reserve force, to get a major blood vessel.