Good morning from South Staffs, where the temperature was still over 20° when I solved this crossword after midnight last night. This morning we may have a thunderstorm.

The four Xs in the grid suggest this may be by ProXimal. Whether it was the heat or not, I made fairly slow progress with it today, finishing well into *** time. There’s nothing particularly obscure in the answers, just a need to tease out the wordplay.

10a         After dram, note phone moving irregularly (9)
TOTTERING – Put together another word for a dram of spirits, a musical note from the sol-fa scale, and a verb for ‘to phone’.

11a         Persist with boil, almost completely coarse (3,7)
SEE THROUGH – Another word for ‘boil’ with its last letter missing (almost completely), followed by a synonym for ‘coarse’.

12a         Chemical element unknown: discounting lead, tin and carbon (4)
ZINC – Put together an algebraic unknown, (t)IN (from the clue) with its first letter removed (discounting lead), and the chemical symbol for carbon.

14a         Stroke and buff item of hardware (9,3)
BUTTERFLY NUT – A swimming stroke followed by another word for a buff or enthusiast. 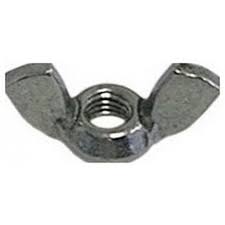 22a         Agree about withdrawal’s intricacy (10)
COMPLEXITY – Another word for ‘agree’ or ‘obey’ wrapped around a withdrawal or departure.

25a         Carpet unorthodox at rear in a church (9)
AXMINSTER – A (from the clue) and a large church such as may be found at York, placed either side of the last letter (at rear) of unorthodoX.

26a         Urgency of hard master having no limits (5)
HASTE – An abbreviation for Hard followed by (m)ASTE(r) with its outside letters removed (having no limits). 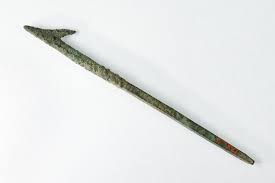 1d           Indian fare like nothing mother’s served up (6)
SAMOSA – Put together another word for ‘like’, the letter which looks like a zero, and a short form of ‘mother’s’, then reverse the result to get this Indian snack. 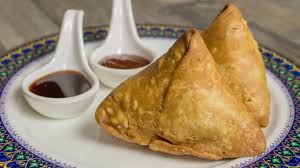 2d           Cheeky girls from north overcome by cocktails (6)
MINXES – A generic word for what cocktails are, wrapped round North.

3d           American in Yale intoxicated with posh theatres (10)
PLAYHOUSES – Anagram (intoxicated) of YALE and POSH, wrapped round one of the usual abbreviations for ‘American’.

5d           Absolute fan of jazz, say, or disco occasionally (9)
CATEGORIC – Put together an old word for a jazz fan, the abbreviation for ‘say’ or ‘for example’, OR (from the clue), and alternate letters (occasionally) of dIsCo.

6d           Cattle releasing core part of gas (4)
OXEN – Remove the central letters from an atmospheric gas essential for life, to get some draught animals.

8d           Wisdom of Turkish commander in southern metropolis (8)
SAGACITY – Southern, and another word for a metropolis, placed either side of a Turkish military commander.

13d         Completely understand that woman supporting male singer (10)
ALTOGETHER – Put together a high-voiced male singer, an informal word for ‘understand’, and the pronoun for ‘that woman’.

16d         Father erected a porch after fixing driveway, perhaps (8)
APPROACH – Reverse (erected) a short word for ‘father’, then add an anagram (after fixing) of A PORCH.

17d         Prince informally introduced to monarch an odd-jobber (8)
HANDYMAN – Wrap the abbreviation for the formal mode of address to the Queen around an informal version of the name of one of her sons, then add AN (from the clue).

19d         Calamity if climbing rocky coast shaking tons (6)
FIASCO – Reverse (climbing) IF (from the clue), then add an anagram (rocky) of COAS(t) without the abbreviation for Tons.

20d         Monster disembowelled both weedy, vile sailors (6)
WYVERN – Remove the inside letters (disembowelled) from W(eed)Y and V(il)E, then add the letters found after the name of one of Her Majesty’s sailors. 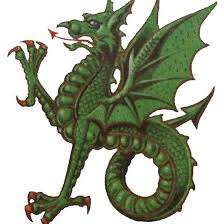