Good morning from rainy South Staffs. I gather that the politicians are now discussing whether it should be compulsory to wear a mask while reading this blog, to avoid spreading computer viruses.

I found today’s puzzle a curious mixture, with some very easy clues, and some which, for me, didn’t really work. It will be interesting to see what others make of it.

1a           Discovery holiday by river, falling in however (12)
BREAKTHROUGH – Another word for a holiday (remember them?) followed by another word for ‘however’ with River inserted.

10a         Funny-looking African native, one that’s good and strong, tracking duck (7)
OSTRICH – Start with the letter which looks like a duck scored at cricket, then add the abbreviated title of a good and holy person, and finish with another word for ‘strong’ (in flavour, perhaps).

12a         Act badly, giving order in pizzeria? (3,2,2)
HAM IT UP – This description of someone putting in an exaggerated performance on stage could also be an instruction to add extra topping to your pizza. 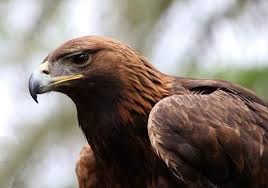 14a         Job with Ezra, perhaps, entertaining gospel reader’s friends? (9)
BOOKMARKS – Job and Ezra are both examples of something found in the Old Testament. Wrap what they are around one of the New Testament gospels, to get things used to keep your place when you stop reading for a while. 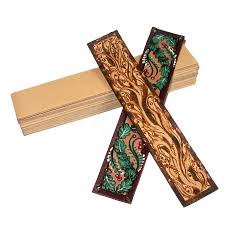 19a         Gosh! US soldier is royal companion? (5)
CORGI – Another exclamation like ‘Gosh!’, followed by the usual letters denoting a US soldier, giving us one of the Queen’s canine companions.

23a         Smart Alec from Spain picked up one’s tense (7)
EGOTIST – Put together the IVR code for Spain, a verb for ‘picked up’ or ‘acquired’, the Roman numeral for ‘one’ plus the ‘S from the clue, and an abbreviation for Tense.

24a         Carry out injured fencer to be given oxygen (7)
ENFORCE – Anagram (injured) of FENCER with the chemical symbol for oxygen inserted.

25a         Worker that’s painting, say, in enthralling South America (7)
ARTISAN – A word for something like painting or sculpture, followed by IN (from the clue) wrapped around an abbreviation for South America.

26a         Publicist issues this request to gatekeeper? (5,7)
PRESS RELEASE – This piece of publicity material could also be an instruction to push the button which unlocks an automatic door.

1d           Black on top, not soft, dessert shows potential (7)
BUDDING – Start with another word for ‘dessert’, remove the musical symbol for ‘soft’ and replace it with an abbreviation for Black.

3d           Lethal drone that’s flown over America? (6,3)
KILLER BEE – An informal use of a noun as an adjective meaning ‘lethal’, followed by the insect of which ‘drone’ is the male variety. The answer is a name given to an Africanised strain of honey bee which has spread through the southern USA.

4d           Liquor reportedly which person’s taken to church (5)
HOOCH – A homophone (reportedly) of the question ‘which person?’ followed by an abbreviation for church.

6d           Brilliance in golf shown by little swine! (7)
GLITTER – The letter represented by golf in the NATO alphabet followed by the collective noun for a set of piglets.

7d           Challenge to make English shingle or German manger? (6-7)
TONGUE-TWISTER – The answer is a verbal challenge – something difficult to say, such as ‘Peter Piper picked a peck of pickle pepper’. English and German are languages, or examples of the first word of the answer. ‘Shingle’ and ‘manger’ are anagrams of those two languages, and the second word of the answer could be the anagram indicator. Hmmm.

8d           Silly posh idiot first to oppress worker, one in sales (4,9)
SHOP ASSISTANT – Put together an anagram (silly) of POSH, another word for an idiot, the three letters which look like an alphanumeric rendering of ‘first’, and one of the usual worker insects. 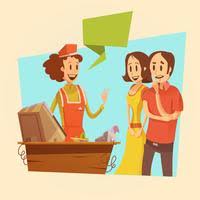 15d         Promptly bellow when getting hammered here? (2,3,4)
ON THE NAIL – If you land a hammer blow on this part of your body, you’ll certainly bellow. The answer refers to paying one’s bills promptly. 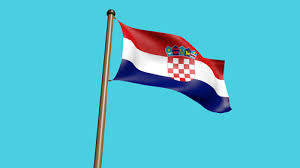 20d         Is charge to follow concerning second publication? (7)
REISSUE – Put together the Latin word for ‘concerning’, IS (from the clue) and the verb for bringing a civil action in the courts.

22d         Buffalo drive (5)
STEER – This is intended to be a double definition, the second being a verb. The problem is that the first definition does not appear to refer to buffalo, but to castrated male domestic cattle, so for me this clue doesn’t work.