Hello, everyone, and welcome to Tuesday.  After the top half of today's puzzle went in smoothly, I started to wonder if this would turn out to be a rare 1* puzzle.  But I encountered a few tricky bits in the bottom that justified a 2* rating.  Overall it was a fun solve to brighten up another Monday evening working from home.

In the hints below most indicators are italicized and definitions are underlined.  Clicking on the answer buttons will reveal the answers.  In some hints hyperlinks provide additional explanation or background.  Clicking on a picture will enlarge it or display a bonus illustration.  Please leave a comment telling us how you got on.

1a    Trendy drink I had? Flavourless (7)
INSIPID:  Chain together trendy or hip, drink a small amount, and the contraction of "I had" 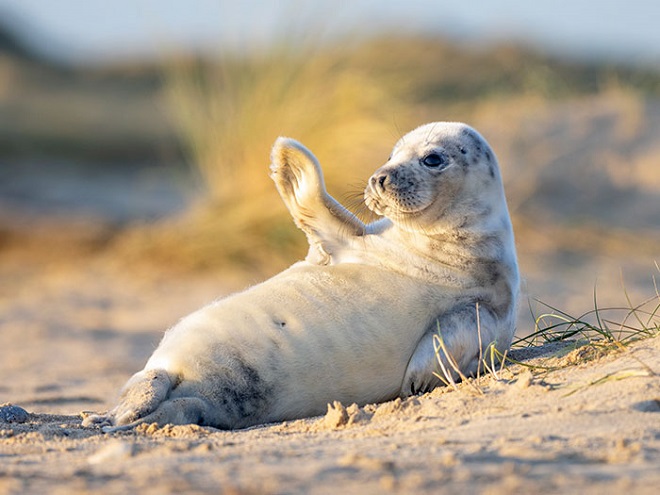 9a    Grand, perhaps sanctimonious article by Oscar (5)
PIANO:  Link together sanctimonious or circumference/diameter, a grammatical article, and the letter in the NATO phonetic alphabet represented by Oscar 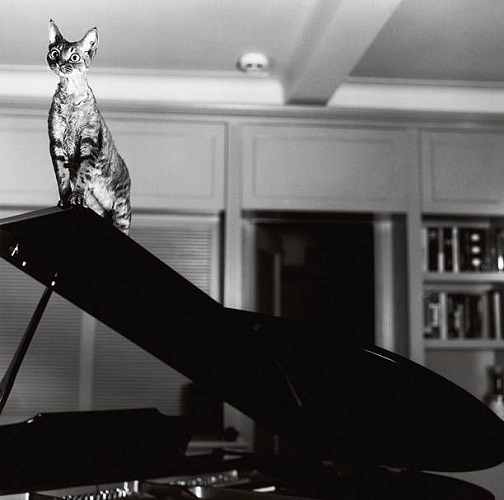 10a   PM succeeding, with nobody finally going out (9)
AFTERNOON:  Succeeding or following with a synonym of nobody minus its last letter (… finally going out).  If the pic doesn't make sense, or if does and you want to hear the song again, click here 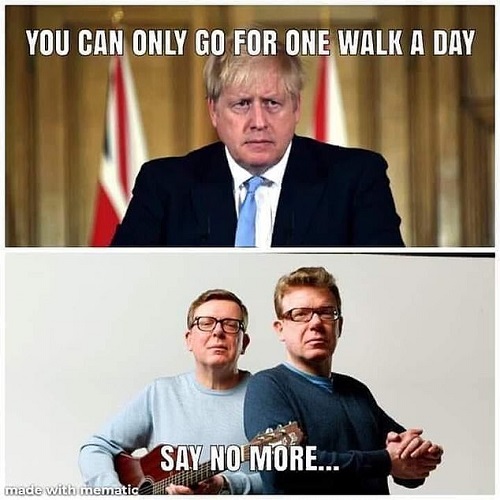 11a   Parole led criminal to bite bishop? Disgraceful (10)
DEPLORABLE:  An anagram (criminal) of PAROLE LED containing (to bite) the chess abbreviation for bishop 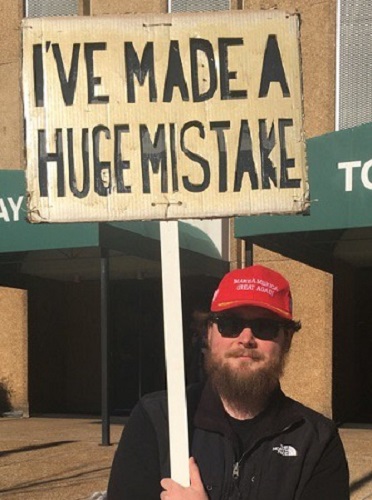 12a   Bonito shark eating rubbish (4)
TOSH:  The first two words of the clue are hiding (eating) the answer

14a   I sat at home inhaling oxygen following, say, heart concern (12)
ORGANISATION:  After what heart defines by example (following, say, …) come I SAT from the clue and "at home" containing (inhaling) the chemical symbol for oxygen 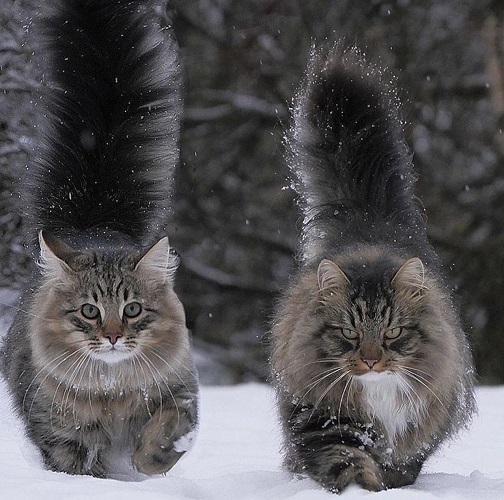 25a   Is wearing shades creating problems? (9)
NUISANCES:  IS from the clue is contained by (wearing) shades or hints

27a   Tense fisherman leaving river with end of rod twisted (7)
TANGLED:  Put together the single letter for tense, a fisherman minus the map abbreviation for river (… leaving river), and the final letter of (end of) roD

28a   On board, get rotten seats (7)
SADDLES:  A verb meaning get rotten goes inside the abbreviation for steamship (on board)

2d    Seafood terror on island (6)
SCAMPI:  Follow a different rogue or terror with the single letter for island 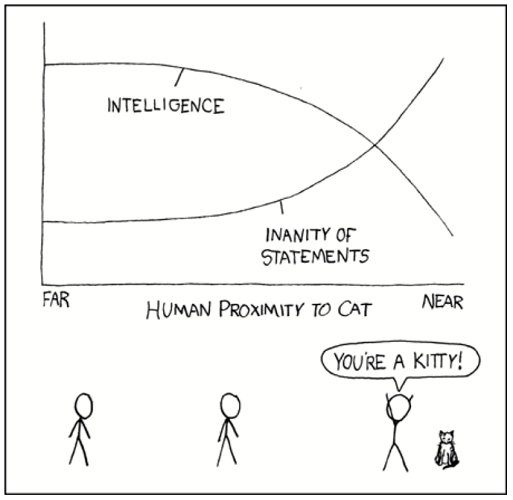 4d    Drop American play (5)
DRAMA:  A drop of whisky and the single letter for American

5d    Tea still brewed by eastern attendant (9)
SATELLITE:  An anagram (brewed) of TEA STILL is followed by the single letter for eastern

8d    Brown polish for pal (8)
SUNSHINE:  Cement together brown or bask and a synonym of polish 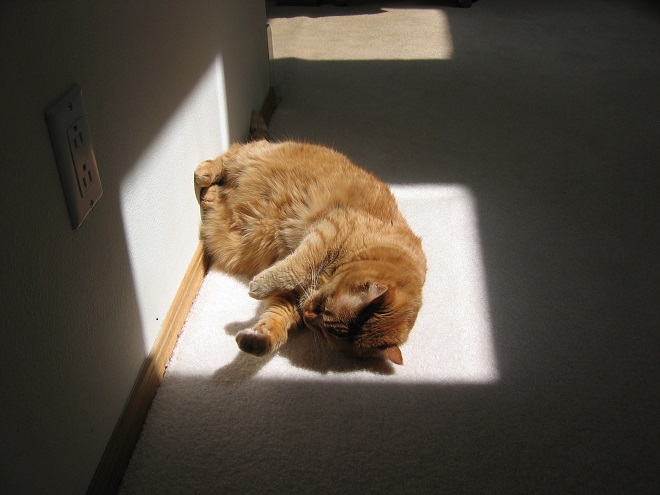 15d   Set forth and must trap new wild cat (9)
ANNOUNCED:  AND from the clue contains (must trap) the abbreviation for new and a wild cat that in crosswordland is often a snow leopard

16d   Individual Democrat is in court after tip from Trump (8)
DISTINCT:  Putting all the bits in the order suggested by the clue, fuse together the single letter for Democrat, IS from the clue, the first letter of (tip from) Trump, IN from the clue, and the map abbreviation for court

19d   The Queen's upset about everybody, remember (6)
RECALL:  Amalgamate the reversal (… 's upset) of the Latin abbreviation for Queen Elizabeth, the single letter indicating about or roughly, and a synonym of everybody 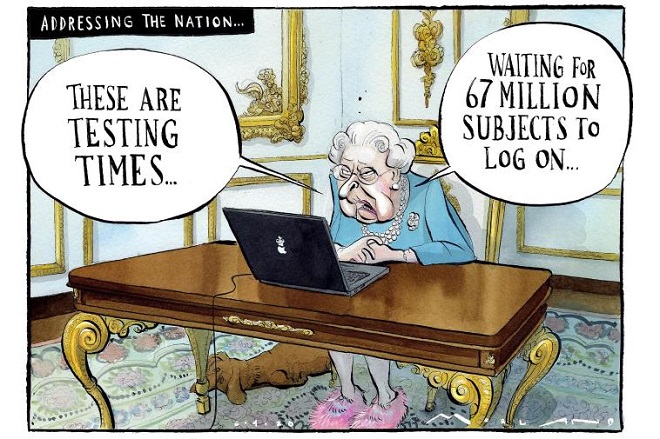 20d   Shakes? Not Juliet's source of milk (6)
UDDERS:  Shakes or rattles minus (not) the letter represented in the NATO phonetic alphabet by Juliet

23d   Grew small flowers (5)
ROSES:  A synonym of grew with the clothing abbreviation for small

24d   Bowled? Bother -- this drops (4)
BAIL:  The wordplay is a charade of the cricket abbreviation for bowled and bother or trouble.  I'm underlining the complete crickety clue as the definition 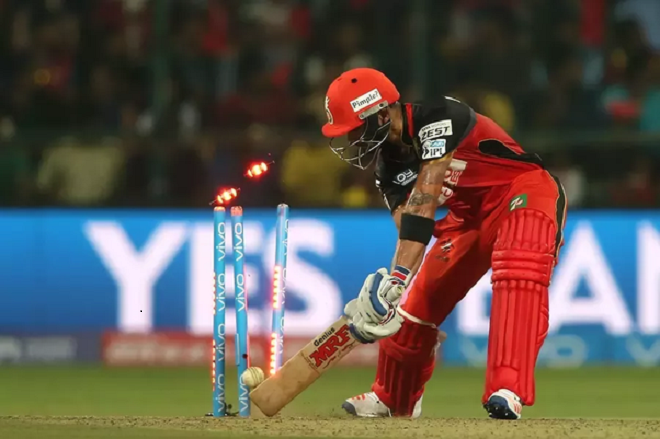 Thanks to our setter for a fun solve.  My favourite clue today came right at the end:  24d.  I had the topical 10a in the runner-up spot.  Which clues did you like best?