Good morning from South Staffs this sunny Good Friday. Lent may be nearly over, but the purgatory of lockdown continues across the world. It’s bizarre following the church services on YouTube, but a sad necessity.

Today’s crossword took me into *** time, and I’m sorry to say that I didn’t particularly enjoy it.  The wordplay in several clues seemed rather woolly, and in some cases the tense or mood of the verb in the wordplay didn’t match that of the required answer. Or maybe I’m just being grumpy: your comments will no doubt show which it is.

1a           Stomach perhaps that makes a noise in church? (5)
ORGAN – A generic word for bits of the body such as the stomach, which is also a musical instrument often found in church.

4a           Sadly addicted after swallowing ecstasy, getting committed (9)
DEDICATED – Anagram (sadly) of ADDICTED with Ecstasy inserted.

9a           One acting badly about food sent back Big Mac? (9)
HAMBURGER – Put together the Latin word for ‘about’ or ‘concerning’ and an informal word for food. Reverse (sent back) the result and add a word for a poor actor to the front. 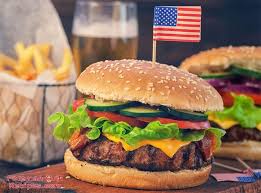 10a         Implied thing cooked for 9 should have new stuffing (5)
MEANT – One of the ingredients of the answer to 9a with New inserted.

12a         What candidate and attacker both want (7)
CROSSES – Cryptic definition of what candidates in an election want on the ballot paper, and, in a different context, what a centre-forward wants from a winger.

13a         One might hang on until it gets warmer (6)
ICICLE – Cryptic definition of something which may hang by the wall in winter.

15a         Kids’ tasks wrecked mower — husband OK about that? (8)
HOMEWORK – Anagram (wrecked) of MOWER with Husband and OK (from the clue) wrapped around the result.

18a         Going on and on about kiss being superficial (8)
EXTERNAL – Put the letter used to represent a kiss inside a word meaning ‘going on and on’.

As a tribute to the surface reading:

23a         After a half-day, could say ‘Djiboutian’ (7)
AFRICAN – Someone from Djibouti would be an example of the answer, which is constructed by putting together A (from the clue) and half of one of the days of the week (such as today), then adding what is supposed to be a synonym of ‘could’.

24a         Kind of pencil, round and silver, that’s used by a woman (7)
HANDBAG – The two-letter marking often found on a traditional pencil for general use is wrapped around AND (from the clue), then the chemical symbol for silver is added.

27a         Country area repeatedly restricting deviant rituals (9)
AUSTRALIA – Anagram (deviant) of RITUALS, with an abbreviation for Area placed at both front and rear.

28a         Holding flower back, shy son presents plants (9)
SEEDLINGS – A word meaning ‘shy’, as in ‘coconut shy’ and an abbreviation for Son, wrapped around the reverse (back) of a Welsh or Scottish river. 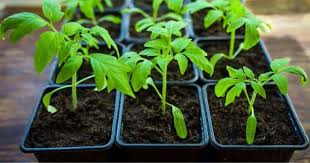 29a         Does fast pass on street heading west (5)
DIETS – Another word for ‘pass on’ followed by the reverse (heading west) of an abbreviation for ‘street’.

3d           Grey car’s parked in it (7)
NEUTRAL – A car parked on level ground with a good handbrake may well be in this gear, though if it’s an automatic it’s probably in ‘Park’. And does it mean ‘grey’? Well, the BRB says so, so I suppose it’s accurate, but I really don’t like this clue.

4d           Student’s goal of French grant initially withheld (6)
DEGREE – The French for ‘of’, followed by ‘grant’ or ‘consent’ with its first letter removed. 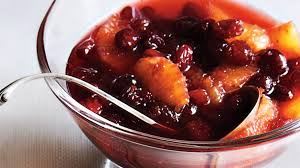 7d           Maybe coach with time organised football? (9)
TRANSPORT – Put together Time, another word for ‘organised’, and a generic word for things like football or cricket.

14d         Petition fencing knight errant recited, all over Spain (9)
INTERCEDE – Anagram (errant) of RECITED wrapped round the chess notation for a knight, followed by the IVR code for Spain.

17d         Insist staff sunbathe — one’s covered up twice (8)
MAINTAIN – Two three-letter words, one meaning ‘provide staff’, the second one ‘sunbathe’, each wrapped round the roman numeral for one.

19d         Concert in Reading? (7)
RECITAL – Double definition: ignore the false capitalisation of the second one.

21d         Looked away from second of picadors wounded by bull — ring’s third piercing (7)
IGNORED – Put together the second letter of pIcadors, and a term for ‘gored bya bull’ wrapped round the third letter of ring.

22d         Like to get into endless board game pursuits (6)
CHASES – Another word of comparison like ‘like’, with a well-known board game minus its last letter wrapped around it.

23d         Collect animal tails in the morning (5)
AMASS – The usual Latin abbreviation for ‘in the morning’ followed by a beast of burden.

25d         Replacing this compiler with uniform rubbish would be swell (5)
BULGE – Start with another word for ‘rubbish’, then replace the letter which could be ‘this compiler’ with the one represented by Uniform in the NATO alphabet, and you get a word meaning ‘swell’.