Good morning from an eerily quiet South Staffs. I hope the coronavirus is keeping its distance from you all.

It’s not often that I award **** for difficulty to a back page puzzle, but this one took me into that time bracket. Some unusual constructions and some stretched definitions both contributed to the difficulty for me. I shall be interested to see what others make of it, but my feeling is that this would have been at home in a  midweek Toughie slot.

1a           Times following up proposition Queen is not a good Samaritan? (6-2)
PASSER-BY – Put together an amorous proposition, the regnal cipher of our Queen, and a word which, like ‘times’ is a multiplier. The result is what the priest and the Levite were to the man who fell among thieves in the parable of the Good Samaritan in St Luke’s Gospel.

5a           Beat schoolmaster, getting time inside (4)
STIR – This is ‘beat’ in a cookery sense. Insert Time into the form of address traditionally used for a male teacher.

9a           Spring in France — nation rioting, university seized (8)
FOUNTAIN – The IVR code for France followed by an anagram (rioting) of NATION wrapped around University.

18a         Victory number one turned series (10)
SUCCESSION – Another word for a victory followed by the reverse (turned) of a short form of ‘number one’.

22a         Two Europeans having couple of pints inside run out to see match (6)
EQUATE – Remove the R (run out) from a two-pint measure, then put an abbreviation for European either side of the result.

23a         Agreeable rustic houses either side of Liverpool (8)
PLEASANT – A rustic person with one of the end letters of Liverpool inserted.

24a         Heated camphor used when going bye-byes, possibly? (6)
BOILED – What you use to ‘go bye-byes’ wrapped round something which may be an extract of camphor.

25a         Popular remix of ‘So Vain’ becomes offensive (8)
INVASION – A two-letter word for ‘popular’ or ‘fashionable’ followed by an anagram(remix) of SO VAIN.

27a         Likely cost of this person’s cracking country pile (8)
ESTIMATE – A country property wrapped around the short way of writing ‘this person is’.

9d           Celebrity footballers on camera, taking centre (4)
FAME – The two-letter acronym for the football governing body in England, followed by the middle letters of caMEra.

13d         They fly around stormy Polar Sea, bearing north-east (10)
AEROPLANES – Anagram (stormy) of POLAR SEA with North-East inserted. They’re not flying around so much at the moment.

15d         Gather disorder splits island where Boney was held up, … (8)
ASSEMBLE – Start by wrapping the Mediterranean island where Napoleon was first exiled around a word for ‘disorder’ or ‘confusion’, then reverse (held up) the result.

17d         Anxious struggle to get wife off ship (8)
RESTLESS – Remove the Wife from the front of an other word for ‘struggle (with)’, then add the usual crossword abbreviation for a ship.

19d         One joining military force since getting over shooting expedition (6)
SAFARI – Put together the Roman numeral for one, one of the armed services, and another word for ‘since’, then reverse the result (getting over).

20d         We can admire the craft in this Bernstein song about November (6)
MARINA – Insert the letter represented by November in the NATO alphabet into a love song which is found in  Bernstein’s West Side Story. 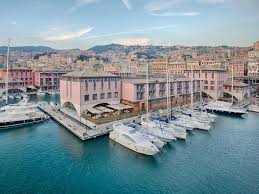 21d         Overcome in Lourdes, one supporting saint (4)
STUN – An abbreviation for ‘saint’ followed by the way they say ‘one’ in Lourdes (which is in France).