Good morning from South Staffs. I hope you’re all coping with the ‘new normal’ of isolation and empty supermarket shelves.

I finished this crossword in what is ** time for me, but it seemed to be more of a struggle than that. I didn’t much like 25a, which was my last one in, and there was a touch of Giovanni obscure vocabulary as well.

1a           Guaranteed essentially filling food from part of Scandinavia (6)
DANISH – The middle two letters (essentially) of guaranteed inserted into a word for some prepared food.

5a           Refuse to accept former company representative having authority (8)
OFFICIAL – The refuse when an animal is gutted, wrapped round the three-letter acronym for a former British chemical company.

9a           Noble actor is about to get into painting (10)
ARISTOCRAT – Anagram (about) of ACTOR IS with a general word for activities such as painting wrapped around it.

11a         Boyfriend joins family across capital, ultimately to see Olympic Torch? (8)
FLAMBEAU – Start with an abbreviation for ‘family’ wrapped around the last letter (ultimately) of capitaL, then add an old-fashioned word for a boyfriend or suitor. 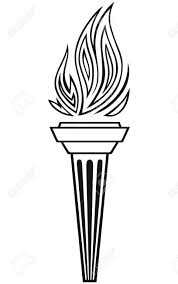 12a         Substitutes Greek character blocking second pass back (6)
LOCUMS – Start by putting Small and a mountain pass either side of a Greek letter, then reverse (back) the result to get people who substitute for absent doctors or pharmacists.

15a         BBC loses case most originally see as inopportune (8)
UNTIMELY – Put together a familiar term for the BBC minus its outside letters (loses case), the first letter (originally) of Most, and the usual ecclesiastical see in Cambridgeshire.

18a         Instinctive swimming rivals, extremely competitive at heart (8)
VISCERAL – Anagram (swimming) of RIVALS, with the first and last letters (extremely) of CompetitivE inserted in the middle.

25a         Natural talent is something easily understood (4)
GIFT – Double definition, both of which are in the BRB, though the second is rather less familiar.

26a         Cutting temperatures toughens tree out in conservatory (10)
GREENHOUSE – Anagram (out) of (t)OUGHENS (t)REE, with the abbreviations for Temperature removed.

27a         Exposed area always reflected light source (8)
REVEALED – Put together an abbreviation for Area and another word for ‘always’, reverse (reflected) the result, then add a three-letter acronym for a modern device for emitting light.

28a         Dessert following starter of scallops (6)
AFTERS – Another word for ‘following’, followed by the first letter (starter) of Scallops.

4d           Attractive individual getting hot for large rugby player (6)
HOOKER – Start with a non-PC word for an attractive woman, Replace the initial Large with Hot, and you get a front-row forward.

7d           Variety of pear detailed in illustrated magazine (5)
COMIC – Remove the final letter (de-tailed) from a variety of pear to get a copy of the Beano or Dandy. 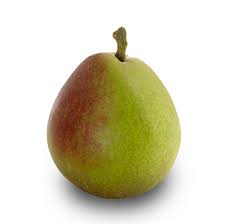 8d           Gathered embarrassment visiting island upset daughter (9)
ASSEMBLED – Start by wrapping a Mediterranean island (one where Napoleon was exiled) around an embarrassment or disorder, reverse (upset) the result, then add Daughter.

14d         Condense mostly impressive book describing centre of Bratislava (9)
EPITOMISE – A word which can mean ‘impressive’ minus its last letter (mostly) followed by a large, heavy book wrapped around the middle letters (centre of) BratISlava.

16d         Drain cash fund to obtain electric vehicle (4,5)
MILK FLOAT – Another word for ‘to drain’ (the udders of a dairy animal, perhaps), followed by the cash fund a trader keeps in the till for giving change. 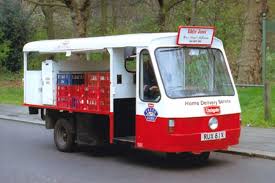 20d         Compete over news article that generates capital (6)
VIENNA – Another word for ‘compete’ or ‘struggle’, followed by two examples of the abbreviation for New and an indefinite article.