Short and sweet today as I have only just sat down after a busy day out and about.

1 Piece about queen’s old flame getting drawn-out divorce? (6)
BREXIT – The three letter word meaning piece around the single letter abbreviation for queen and a two letter word for an old flame. 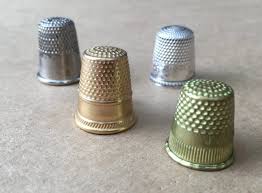 9 Scotch is able occasionally to make one convivial (6)
SOCIAL – The odd letters (occasionally) of the first three words of the clue.

10 Struggling on course, father’s overlooking first rule (5,3)
ABOVE PAR – A two letter word for father proceeded by (first) a five letter word meaning overcooking and followed by the abbreviation for rule.

21 A-team succeeded, embracing repeatedly proclaimed sound principles (6)
AXIOMS – The A from the clue, the Roman numerals for the number of people in a football team and the abbreviation for succeeded around (embracing) a symbol repeated in meditation.

22 Maureen’s misplaced password may be needed subsequently (8)
USERNAME – An anagram (misplaced) of MAUREENS.

26 Setter’s backing king in country that’s mounted challenges (8)
GYMKHANA – A two letter word meaning belonging to the setter reversed (backing) following by the abbreviation for king inside a five letter word for a country in Africa.

27 Discriminating consumers, say, mobbed by campers? (6)
VEGANS – The abbreviation for for example (say) inside (mobbed by) a four letter word for a type of vehicle of which campers are an example.

1 Bug-eyed creature, a crawler as Dubya once was? (8)
BUSHBABY – A description of a US president before he could walk.

2 Key above forged map is pure fantasy (8)
ESCAPISM – A three letter word for a key on a keyboard followed by an anagram (forged) of MAP IS.

3 Little drink‘s found in inner city (7,8)
ITALIAN VERMOUTH – The inner letters of city give the abbreviation for this drink.

5 Surgeon’s overwhelmed by greeting in one side of Edinburgh (4)
HIBS – A two letter word for a greeting followed by the abbreviation for Bachelor of Surgery.

6 Stimulating wicked satire’s biting about effortless way to get elevated (6,9)
MOVING STAIRCASE – A six letter word meaning stimulating followed by an anagram (wicked) of SATIRES around a two letter abbreviation meaning about.

7 Bride’s pallor’s covered over no longer (6)
LAPSED – The answer is hidden (covered) and reversed (over) in the first two words of the clue. 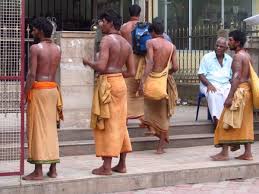 14 Copper, smothered in crude oil on street, is seeing specialist (7)
OCULIST – The chemical symbol for copper in an anagram (crude) of OIL all on top of the abbreviation for street.

23 Old army shooter is clearing up (4)
STEN – A four letter word for making a profit (clearing) reversed (up).