Good morning from South Staffs, where the day has started bright and sunny.

This was a steady solve for me, with no particular hold-ups, and I was a little surprised to find that I had reached the border of *** time.

1a           Conflict with the German guard (6)
WARDER – An armed conflict followed by one of the forms of the definite article in German.

9a           Escape holding large wooden torch (10)
FLASHLIGHT – Put together Large (from the clue) and a type of wood, then wrap a noun meaning ‘escape’ around the result.

11a         Support Poles travelling around America (8)
ESPOUSAL – Anagram (travelling) of POLES, wrapped around the three- letter acronym for America.

12a         Procedure of one exercise class on field (6)
RECIPE – A shortened word for a park or playing field followed by the Roman numeral for one and the letters denoting a period of misery in the school gym.

13a         Used to be banks in both Whitstable and Ramsgate (4)
WERE – The outside letters (banks) of WhitstablE and RamsgatE.

15a         Player from United with model back in apartment (8)
FLAUTIST – To get this orchestral player, put together United and the reverse of a verb for ‘model’ or ‘pose’, then wrap an apartment around the result.

21a         It’s star-studded party given by two unknowns (6)
GALAXY – A party or festival followed by two algebraic unknowns. 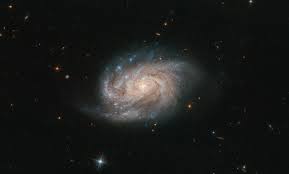 23a         Poorest born then cark it, existing in the middle (8)
NEEDIEST – The French for ‘born’, followed by a more orthodox word for the event for which the Australian (?) slang is ‘cark it’, followed by the middle letters of existing.

26a         Scolding husband detained by drunk in bar ages (10)
EARBASHING – anagram (drunk) of IN BAR AGES, wrapped around Husband.

2d           Choppers bearing large mechanical parts (5)
AXLES – The sort of choppers which can cut down trees, with Large inserted.

3d           Dodgy detective excelled over good person (9)
DISHONEST – Put together a two-letter detective rank, another word for ‘excelled’, and the abbreviation of the title given to a good or holy person.

4d           Enjoy run, hour covering exotic isle (6)
RELISH – Abbreviations for Run and Hour, placed either side of an anagram (exotic) of ISLE. 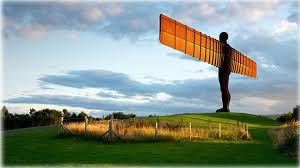 7d           Tips from rabbi in document of classic design (5)
DORIC – An abbreviation for ‘document’ wrapped around the first and last letters (tips) of RabbI. 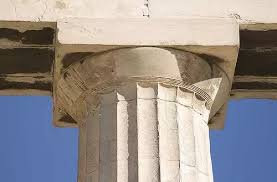 8d           Exhausted keeping new exhibition under wraps (9)
UNEXPOSED – Put together New and a shortened word for an exhibition or trade fair, then wrap a word for ‘exhausted’ (often seen in conjunction with ‘up’) around the result.

20d         Article in Next, Barking store primarily for southerners (6)
TEXANS – Anagram (barking) of NEXT wrapped around an indefinite article, followed by the first letter (primarily) of Store. These southerners are from the USA.

22d         Storyteller‘s written up main work (5)
AESOP – Reverse (up) another word for ‘the main’, then add a Latin abbreviation for a (musical) work to get an Ancient Greek teller of stories or fables. 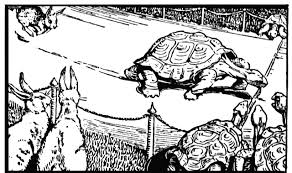