Good morning from South Staffs on another damp, grey morning.

Since today’s crossword is a near-pangram missing only the letter X, we may make a stab at identifying the setter as ProXimal. It took me a little time to get on to his wavelength, but after that it was a steady solve.

1a           Hot spice sick one quietly put in soup (6,6)
CHILLI POWDER – Put together another word for ‘sick’, the Roman numeral for one, and the musical symbol for ‘quietly’, then wrap a thick soup (possibly with clams) around the result. 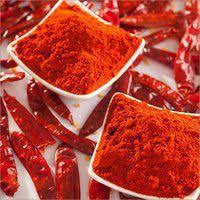 10a         Look to secure universal thin fabric (5)
GAUZE – An abbreviation for Universal inserted into a steady look.

11a         Awkward throw returned by another (6)
BOLSHY – Reverse (returned) a three-letter word for a type of throw, then add another three-letter throw.

12a         Article about this writer and really criminal act (8)
THIEVERY – Wrap a definite article around the pronoun for ‘this writer’, then add an adverb meaning ‘really’ or ‘extremely’.

13a         Again, go over adult’s tips on two school subjects (6)
REPEAT – Put together the common abbreviations for Scripture and Gym lessons in school, then add the outside letters (tips) of AdulT.

18a         Number in St Kitts regularly filling wharf (8)
QUANTITY – Another word for a wharf or dock wrapped around the alternate letters (regularly) of iN ST KItTs.

21a         Ecstasy developed in happy realisation (8)
EPIPHANY – The usual abbreviation for the drug known as Ecstasy followed by an anagram (developed) of IN HAPPY.

26a         It’s unacceptable either way (3,2)
NOT ON – A palindromic expression (either way) for something which is unacceptable.

1d           Pry about argument with lawyers (7)
CROWBAR – Put together one of the Latin abbreviations for ‘about’ or ‘approximately’, a three-letter argument, and a collective term for barristers.

2d           Current agreement is unsurpassed (5)
IDEAL – The scientific symbol for electric current followed by an agreement.

4d           Send message to part of website (4)
PAGE – Double definition, the second being what the blog you’re reading is in relation to the Big Dave website.

6d           Bird repeatedly shaking wings in heat, ugly hen (5)
EAGLE – Remove the wings, or outside letters, from hEAt, uGLy and hEn and put the rest together to get this bird.

7d           Young Jack starts to use vessel on European river (8)
JUVENILE – Put together the card symbol for a Jack, the first letters (starts) of Use Vessel, European, and the longest river in Africa.

16d         Issue detective’s accusation (9)
DISCHARGE – The abbreviation for a senior detective, plus the ‘S, followed by the formal accusation that a suspect answers in court.

18d         Cats playing cards somewhere in New York (6)
QUEENS – Triple definition, the last being one of the New York boroughs.

20d         Notes explosives around exterior of U-boat (7)
MINUTES – Some explosive devices which may be found floating in the sea, wrapped around the outside letters of U-boaT. The answer refers to the notes of a meeting.

22d         Back international language (5)
HINDI – The back part of an animal are its —- quarters. Add an abbreviation for International to get this Asian language.

24d         Award Yankee son accepts (5)
OBEYS – The sort of award you may get in the New Year’s Honours, followed by the letter represented by Yankee in the NATO alphabet and an abbreviation for Son.

25d         Personality from France, the French revolutionary (4)
SELF – Put together the IVR code for France and one of the forms of the French word for ‘the’, then reverse (revolutionary) the result.

I’m off to London this afternoon, and hope to see some of you at the Birthday Bash tomorrow. As often happens, I have another meeting tomorrow which means that I won’t arrive till late. Is anyone meeting up this evening?