Good morning from South Staffs on a fine autumn day.

I filled in the grid in today’s Giovanni quite quickly, but took rather longer to understand the parsing, hence the third star for difficulty. I’m still not sure I’ve understood everything.

6a           Group of soldiers that may protect judge in fiery situation? (5,2,6)
GUARD OF HONOUR – The first word is something placed in front of a fire to keep people away from it. The third word is part of the form of address for a judge. Put together these could be read as a way of keeping a judge out of the fire. 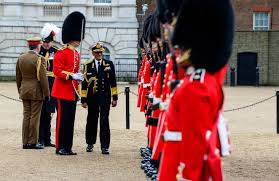 8a           British character of old sent to India or another country (6)
BRUNEI – Put together British, a Norse system of writing, and the letter represented by India in the NATO alphabet, to get a small Far Eastern country.

9a           Means of communicating protracted greeting (4,4)
LONG WAVE – A type of radio broadcasting system – think Test Match special and the shipping forecast – which could also be an extended gesture of greeting or farewell.

14a         Report of joints at back of pub creating rows (7)
BARNEYS – Another word for a pub followed by a homophone (report of) of one of the joints in the legs.

16a         There’s rumbling — fifty will go inside refuge (7)
SHELTER – Anagram (rumbling) of THERE’S wrapped round the Roman numeral for fifty.

20a         Wandering round abroad, the Parisian is charming (8)
ADORABLE – Anagram (wandering round) of ABROAD followed by a French definite article.

23a         Approaching sign within hospital? (6)
TOWARD – Split this (2,4) and you could have the words on a direction sign in a hospital directing you to a particular set of beds.

25a         Endless lament by newspaper employee, one wanting money (8)
CREDITOR – Remove the final letter (endless) from ‘lament’ or ‘weep’, then add a senior newspaper person.

26a         Returning in flashy car, I propose unauthorised activity (6)
PIRACY – Hidden in reverse (returning in) in the clue.

27a         They may help folk get things off their chest (13)
DECONGESTANTS – Cryptic definition of some medicaments used to clear the airways.

2d           Lady needing end of wall hidden has installed screen, as recommended (8)
ADVISORY – (L)ADY (from the clue) with the final letter of walL removed. Wrapped round the sort of screen found on the front of a helmet. 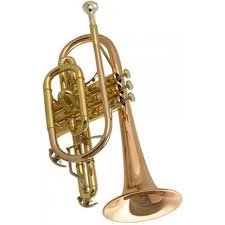 7d           Rows after areas have dried up due to climate change? (5-8)
RIVER TERRACES – A straightforward, barely cryptic, definition of ‘a fragment of a former valley floor that now stands well above the level of the present flood-plain and is usually covered by fluvial deposits. It is caused by stream incision, which may be caused by uplift of the land, a fall in sea level, or a change in climate’. (Thanks to Google and Encyclopedia.com)

17d         Popular nightclubs, potentially dangerous places (3,5)
HOT SPOTS – I suppose this is a double definition, a metaphor which can be applied both to places of entertainment where the ‘in’ crowd may be found, and to places where there is a risk of being caught up in fighting.

21d         The German turned up to take part and prepare for presentation (6)
REDACT – Reverse (turned up) a German definite article, then add ‘take part in a play’, to get the term mainly used today for the publication of an official report with the embarrassing bits cut out.

22d         Like something pungent? Crooner captures it (6)
BITING – The first name of the archetypal crooner, wrapped around IT (from the clue).