Hello, everyone.  I'm standing in for Bufo this week.  I hadn't solved a Zandio puzzle before today, so I wasn't quite sure what I was volunteering for.  Today's puzzle certainly took me out of my comfort zone with a few clues that requiring some serious pondering to parse.  But I did find a lot to enjoy here, with a few smiles and penny drops along the way.  I look forward to reading your impressions.

In the hints below most indicators are italicized, and underlining identifies precise definitions and cryptic definitions.  Clicking on the answer buttons will reveal the answers.  Clicking on a picture will enlarge it.  Please leave a comment telling us how you got on.

9a    Standing symmetrically, four-foot one (9)
QUADRUPED:  A cryptic definition of a type of four-footed creature that has an axis of symmetry when standing

10a   Those old revolutionary guards one's blasting (5)
NOISY:  The reversal (revolutionary) of an old word for "those" contains (guards) the Roman one with his 'S from the clue

12a   Bacon for one, of course not cold, knocked back before shark (3,6)
CON ARTIST:  The fusion of a short word meaning "of course not" and C[old] is reversed (knocked back) and placed before what Francis Bacon defines by example (…, for one)

16a   British in origin, southern individuals that are power-driven? (6)
ROBOTS:  The single letter for British is inserted in origin or source with S[outhern] appended

18a   Historic event in which well-mannered turned rough (5,3)
CIVIL WAR:  Well-mannered or polite with the reversal (turned) of rough or not prepared

22a   Auxiliary money trading starts to be minister's trademark? (3,6)
DOG COLLAR:  An auxiliary or unimportant person and the US monetary unit exchange their initial letters (… trading starts)

23a   No place in contents for moderates (5)
EASES:  Contents or satisfies has the map abbreviation for place deleted (no place in …)

24a   Somewhat glib, I lark around getting legal letter off (5)
ALIBI:  Another reverse lurker (somewhat … around)

25a   Long stretch of time with part of crossword to fill in (5-4)
LIGHT-YEAR:  A unit of time preceded by a blank space in a crossword grid

26a   Symbolic circles made with stones (10,5)
ENGAGEMENT RINGS:  Circular items of jewellery that symbolise commitment

1d    Makes free pack up to represent English in Masters (7)
ACQUITS:  Pack up or call it a day replaces (to represent) the single letter for English in some experts or masters

2d    Element of the USA like president that's retired but not old (7)
ALABAMA:  Like or "in the manner of" is followed by a former US President with the abbreviation for old deleted (… not old)

3d    For example, if used in broadcast it makes a better atmosphere (3-12)
AIR-CONDITIONING:  What "if" defines by example (for example) inserted in (used in) a synonym of broadcast 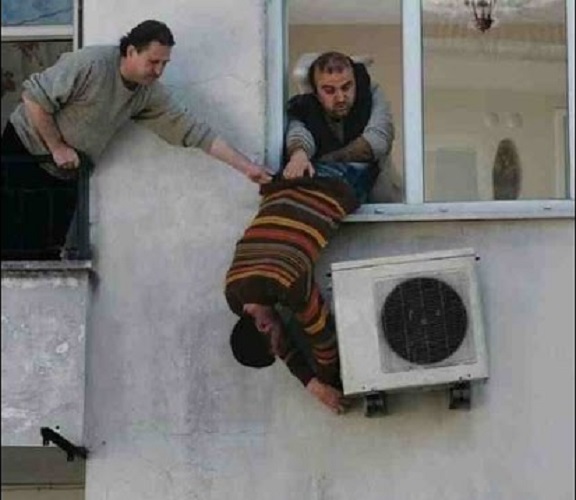 4d    Act as secretary, chuck in pigeonhole (8)
TYPECAST:  Something that secretaries do and chuck or throw

5d    Take too much in payment for unwelcome house guest? (6)
RODENT:  An abbreviation for the result of taking too much of a drug is inserted in a payment for the use of something

6d    My clients are late (7,8)
FUNERAL DIRECTOR:  A cryptic definition, where late = dead

16d   Mandarin's refined in this Maoist record (3,4)
RED TAPE:  Maoist or communist with a type of recording

17d   Road movies actor must suppress food craving (7)
BEGGING:  Road movies refers here not to films like Mad Max, but to the old series Road to Singapore, Road to Zanzibar, … The Road to Hong Kong.  A star of those movies contains (must suppress) a food that might be eaten at breakfast

19d   Film short service, one that's sacred to enter (7)
WESTERN:  A prefix identifying one that's sacred is inserted in (… to enter) a Scottish word for short or little and an abbreviated branch of the armed forces 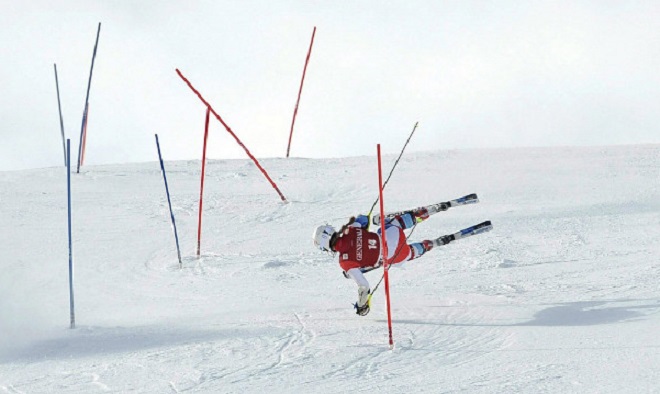 Many thanks to Zandio for a rewarding mental workout.  I liked 9a for "four-foot one", 24a for its cryptic definition, 25a for a nice surface and for getting the dimensions of the answer right, 5d for the "take too much" penny drop, 16d for another great definition, and 20d for its cleverness and originality, even though it was a pain to hint.  Which clues did you like best?