Good morning from a grey and windy South Staffs.

I found today’s Giovanni quite tricky, with 3d and 6d the last two in. I knew I was looking for an anagram in 3d, but took a long time to get to the answer.

1a           Philosopher showing aptitude, performer going over the top? (7)
BENTHAM – An inclination or aptitude followed by the word for an actor who overplays his role. The answer was an English philosopher of the 18th and 19th centuries, who put forward the principle that “it is the greatest happiness of the greatest number that is the measure of right and wrong.” His preserved remains were, at his instruction, displayed at University College, London. 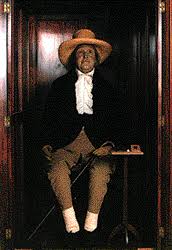 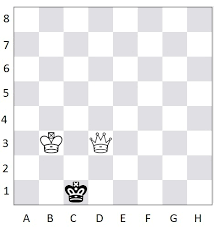 18a         Green type shows this problem (12)
INEXPERIENCE – Cryptic definition of the disadvantage displayed by someone who is green, or new to a job.

21a         Christopher, husband in social group (4)
KITH – A diminutive form of Christopher followed by Husband, giving us a group normally seen in the phrase ‘—- and kin’.

22a         Cheddar rather than brie? Bad luck! (4,6)
HARD CHEESE – A physical description of Cheddar, as opposed to Brie, produces this metaphorical expression for ‘bad luck’.

26a         Star must get hold of office assistant quickly (5)
APACE – A star performer wrapped around the acronym for someone who works directly for a more senior person in an office.

27a         King, a Northumbrian one, first to enjoy alcoholic drink (3,4)
RED WINE – Put together the Latin abbreviation for king, the name of one of the kings of Northumbria, and the first letter of Enjoy.

1d           Happen to be facing revolutionary change (6)
BETIDE – BE (from the clue) followed by the reverse (revolutionary) of the sort of change you might make to a piece of text.

2d           Youngest sheep in Australian territory (6)
NEWEST – The abbreviation for the Australian state of which Darwin is the capital, wrapped around some female sheep. 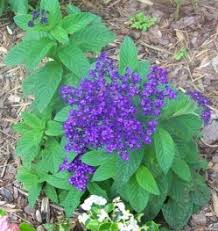 5d           Pleasant influence of guy in European country (9)
FRAGRANCE – To guy or tease, with the country across La Manche wrapped around it. 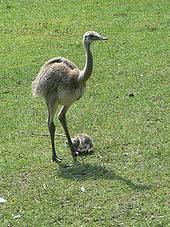 16d         Give sign of approval to maiden perhaps seen as idle (4,4)
TICK OVER – The sign of approval a teacher might put against a correct piece of work, followed by something which may be a maiden in cricket.

17d         Ordained theologian goes round estate with trendy curate finally (8)
DESTINED – Put together an abbreviation for ESTate, another word for ‘trendy’, and the last letter of curatE, then wrap the letters after the name of an academic theologian around the result.

19d         Peril created by fellows leading a church (6)
MENACE – Some fellows or chaps followed by A (from the clue) and the initials of the Church of England.