Hello, everyone.  Today we've been treated to another excellent puzzle from Telegraph Puzzles Editor Chris Lancaster.  I just loved it.  As is often the case with his puzzles, I rated it a definite 4* for difficulty.  But since there is also 4* enjoyment to be had here I recommend persevering with it, possibly using whatever aids you find necessary to fill the grid and parse the clues.

On the subject of aids, several comments in the recent survey revealed that there's a wide range of views on using aids to complete puzzles.  My own view is that, while a completely unaided solve is rewarding, when you're trying to improve if you get stuck on a clue it makes sense to use aids to get unstuck rather than staring at the clue for hours.  That frees up time to solve more clues and hence become a better solver.  But that's just me.  What does everyone out there think about the use of aids?

It also occurs to me that some readers may not be aware of all the helpful solving aids now available.  Click on the expandable spoiler box for a discussion of a few useful ones.

1. Dictionaries:  Both Collins and Oxford make their serious dictionaries and thesauruses available online for free.  The BRB is not available online, but Chambers does offer their 21st century Dictionary and the Chambers Thesaurus for free.  The least expensive way to acquire the full Chambers Dictionary (BRB) is as the app for Android or iPhone/iPad.  The Chambers Crossword Dictionary [sometimes called the Small Red Book (SRB)] is another useful resource. For a huge number of words it lists synonyms that have been used in actual crosswords.  To the best of my knowledge it's only available in hardcopy and not as an app.  Definitely worth buying, in my opinion.  Finally, Green's Dictionary of Slang can be amusing reading and it may sometimes help us foreigners make sense of something that's not in the BRB.

2. Electronic word search tools:  The Chambers apps can return all words that match a specified pattern.  For example, searching on ?E?E? will return all 211 words matching that annoying pattern.  Of course, it is still up to you to identify the particular word that fits both wordplay and definition and to then parse the clue.  When it comes to websites,  OneLook is possibly the most powerful online word search tool available.  OneAcross is another useful site with simpler (but less powerful) syntax.

3. Anagram solvers:  The Chambers apps will also return all anagrams of a set of letters simply by searching on the letter combination.  Among online anagram tools, anagram-solver.net is probably the most comprehensive.  OneAcross has a simple page that returns anagrams.

4. Lists:  The biggest and best list of crossword-relevant general knowledge that I'm aware of is Big Dave's own Mine of Useful Information.  I highly recommend looking over all that is on offer there.

If I've missed any of your favourite tools please tell us about them in the comments.

In the hints below most indicators are italicized and definitions are underlined.  Clicking on the helloo buttons will reveal the answers.  In some hints hyperlinks provide additional explanation or background.  Clicking on a picture will enlarge it or display a bonus illustration.  Please leave a comment telling us how you got on.

1a    Delightful stupor with music playing (11)
SCRUMPTIOUS:  An anagram (playing) of STUPOR MUSIC

9a    Sneaky  sort of service (9)
UNDERHAND:  A double definition, the second referring to a way of serving the ball in tennis.  Or, at one time, cricket …

10a   Get together when entertaining graduates (5)
AMASS:  A synonym of when containing (entertaining) some usual graduates

11a   Hard-up criminal in seclusion (6)
PURDAH:  An anagram (criminal) of HARD UP

12a   Losing heart, forty-niner dynamited to get edge (8)
FRONTIER:  An anagram (dynamited) of all but the central letters (losing heart …) of FORT[y n]INER

13a   Reportedly smell lubricant and shy away (6)
RECOIL:  The answer sounds like (reportedly …) smell or stink (4) and a lubricant

15a   Hold up single actor (8)
STALLONE:  Hold up or delay followed by the number associated with single

19a   Remove from place on security council? (6)
UNSEAT:  Split (2,4) the answer could describe a place on the Security Council of the United Nations

21a   Unnecessary bait in front of ship (8)
NEEDLESS:  Bait or annoy comes before (in front of, in an across clue) the usual abbreviated ship

23a   Nail chorus heard to be tricky (6)
TAXING:  The answer sounds like (… heard) a small nail and a verb synonym of chorus

26a   Fruity request? (5)
APPLY:  Here you want a word that could, whimsically, describe something that's fruity like an apple  Feeling some déjà vu here

27a   Understand European politician is overcome by terrible heat (9)
EMPATHISE:  The single letter for European and a usual politician are both followed by IS from the clue contained in (overcome by) an anagram (terrible) of HEAT 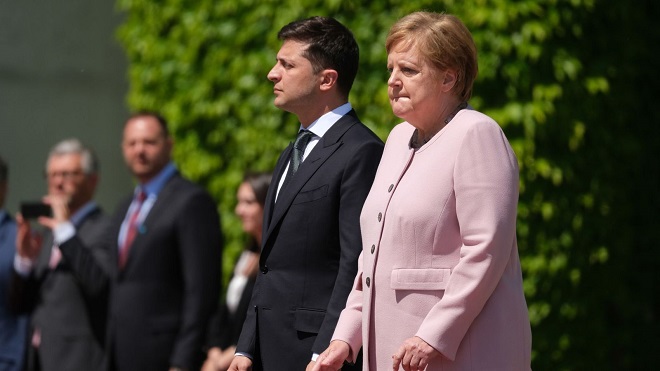 28a   Abba  solos  wow  Anna? (11)
PALINDROMES:  I have never seen anything like this brilliant clue – it's a quadruple definition by example!  Look for something which the four words in the clue are all examples of.  Consider the clue read backwards

2d    Haggard  equestrian? (5)
RIDER:  A double definition.  With a couple of checkers in place the answer was pretty clear, but I spent a while trying to think of a connection to Merle Haggard before finally turning to Mr Google.  There I learned that the first definition actually refers to Haggard the English novelist, not Haggard the outlaw country singer.  YouTube has no videos of the novelist, so here's Merle (with Willie Nelson)

3d    Drink a small measure served up by woman (9)
MARGARITA:  Find the best cocktail by joining A from the clue to a small metric unit of mass and reversing that lot (served up, in a down clue), and then appending a woman's name (the Beatles sang about a meter maid by that name).  Did not have to look far to find a pic for this clue 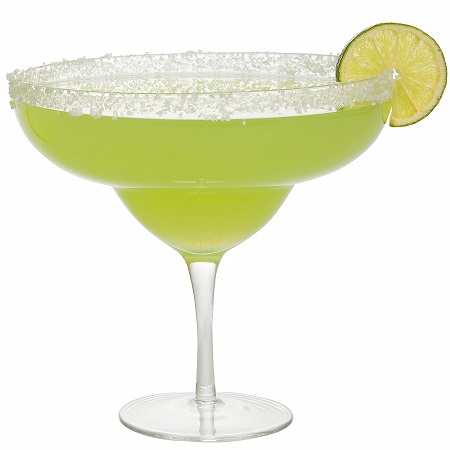 4d    Warm cloth: awesome clothes (4)
THAW:  A lurker.  The second and third words of the clue are hiding (… clothes) the answer

5d    Hard-hearted former pupil of the French judge (8)
OBDURATE:  Concatenate the usual abbreviated former male pupil, a French word meaning "of the", and judge or assess

6d    Mostly remain in disgrace (5)
STAIN:  Stick together all but the last letter (mostly) of remain or wait and IN from the clue

7d    Increase in post regularly received by upmarket press (7)
UPSURGE:  Alternate letters (… regularly) of PoSt are sandwiched between (received by) the single letter for upmarket or upper-class and press or encourage

8d    Cold friend only in underwear (8)
CAMISOLE:  Connect together the abbreviation for cold, a French friend, and a synonym of only 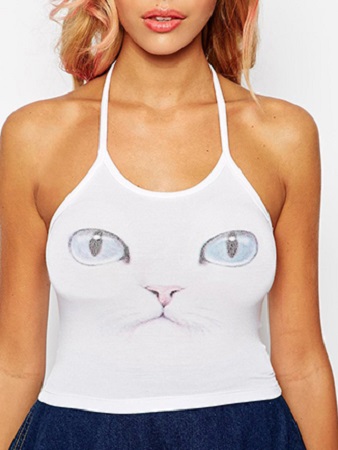 14d   Disdain shown by new office worker in bed (8)
CONTEMPT:  Fuse together the abbreviation for new and a non-permanent office worker, and then insert that lot in a small bed

16d   Canals spoiled their oddly northern city (9)
LANCASTER:  I had no problems finding this week's northern city.  An anagram (spoiled) of CANALS is followed by the odd letters of ThEiR 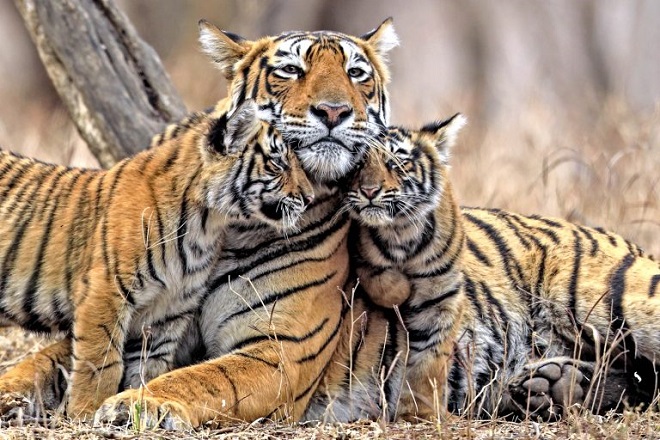 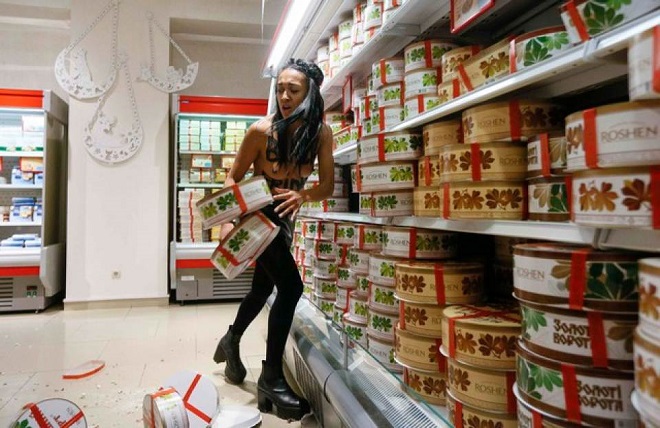 24d   Detective visiting TT venue, in a manner of speaking (5)
IDIOM:  A usual detective inserted in (visiting) the abbreviation for the venue of a famous motorcycle Tourist Trophy 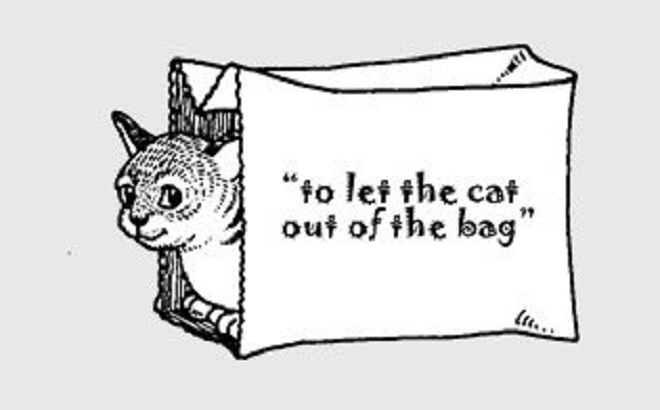 25d   Drive second, going over flag (4)
SPIN:  The single letter for second followed by (going over, in a down clue) the flag marking a hole on a golf course