Good morning from South Staffs. A fine day in prospect, ahead of what may be a wet weekend.

One or two tricky clues from Giovanni this morning, pushing my time into my *** bracket. I spent far too long thinking that 20a began with a C, and 25a took some time to crack.

Picking up on the discussions earlier this week about difficulty ratings, mine are based mainly on how long the puzzle takes to solve – something I only have a note of when I’m solving online for blogging purposes, since normally I use the newspaper version. 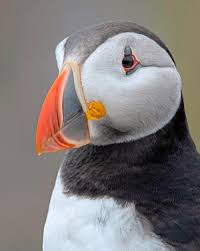 4a           Part of a circle social worker joined at end of month (6)
OCTANT – The short form of one of the months of the year, followed by a social insect.

10a         Precious stones, as seen framing entrance (6)
AGATES – AS (from the clue) wrapped around another word for an entrance.

13a         See smartness coming out in second examination? (12)
REASSESSMENT – Anagram (coming out) of SEE SMARTNESS.

16a         A present for fantastic teacher, primarily one looking after child (6-6)
FOSTER-PARENT – Anagram (fantastic) of A PRESENT FOR, followed by the first letter (primarily) of Teacher.

20a         Conservative initially hesitates to change a set of principles (10)
AESTHETICS – Anagram (to change) of HESITATES and the first letter (initially) of Conservative.

22a         Cite a theologian confronting head of Unitarian church (6)
ADDUCE – Put together A (from the clue), the letters after the name of an academic theologian, the first letter (head) of Unitarian, and the abbreviation for the Church of England.

25a         Interpret Advent or Christmas poem? (6)
DECODE – Split the answer (3,3) and you have the short form of the month containing Advent and Christmas, followed by another word for a poem.

1d           More than one costermonger works, receiving attention (8)
PEARLIES – ‘More than one’ tells us that the answer is a plural. To get to these traditional London costermomgers, named for the elaborate decoration of their clothes, we have ‘works’ (as in ‘—– one’s trade’) wrapped around a metaphor for ‘attention’. 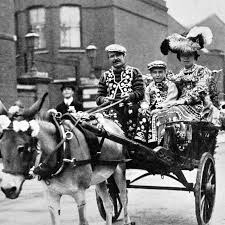 3d           Huge Madame occupying home — Kent region? (7)
IMMENSE – Another word for ‘(at) home’ wrapped around the short form of ‘Madame’, followed by the geographical location of the Kent region of England.

5d           Revolutionary hugging a radical in an absurd act (7)
CHARADE – The usual crossword revolutionary wrapped around A (from the clue) and an abbreviation for ‘RADical’.

7d           Young singer that may be nine in indoor game? (6)
TREBLE – The indoor game involves throwing pointed missiles at a segmented board. There are two ways of scoring nine with a single throw: single 9 or —— 3.

9d           Government department’s small and it’s real crazy! (11)
MINISTERIAL – A prefix often used to show that something is small, followed by an anagram (crazy) of IT’S REAL.

14d         What sledgehammer doesn’t offer? One can be easily fooled (4,5)
SOFT TOUCH – Someone who can be easily led to provide (financial) assistance can be described as this, whereas hitting something with a sledgehammer certainly doesn’t fit the description.

17d         Electrical units should make sense — I’m confused (7)
SIEMENS – Anagram (confused) of SENSE I’M. The answer is a derived SI unit of conductance, defined as the reciprocal of an ohm.

19d         Boss as one making earnest appeal, but not quietly (6)
LEADER – Remove the musical symbol for ‘quietly’ from the beginning of a word for someone making an earnest appeal, and you get a boss (or what you hope a boss will be).