Good morning from South Staffs where the sun is peeping through the clouds as I write, and it looks as though we may have a dry day.

The top half of today’s Giovanni went in quickly for me, but I slowed down considerably in the lower half. Solvers allergic to religious references may struggle in places.

1a           Christopher gets to talk at length about soldier’s item (6)
KITBAG – A diminutive form of ‘Christopher’, followed by the reverse (about) of a word for talking at length, often seen in the phrase ‘gift of the —‘.

5a           Talk about King — is male in reform movement? (8)
CHARTISM – This early 19th-century reform movement is made up of another word for an informal talk wrapped around the Latin abbreviation for ‘king’, followed by IS (from the clue) and Male.

9a           Sailor comes to Scottish island with speech — gets folk working together (13)
COLLABORATION – Put together the name of an island in the Inner Hebrides, one of the usual sailors, and a formal speech.

10a         Irrationality of internationalists concerning a young man? (8)
UNREASON – Put together the initials of the top international organisation, the Latin word for ‘about’ or ‘concerning’. A (from the clue), and a young man or male child.

11a         Something proposed at meeting creating a stir? (6)
MOTION – Double definition, the first being a topic put up for debate at a meeting.

12a         A bit of money needed by soldiers in HQ? (6)
CENTRE – A small coin in the US or Euro currency, followed by the regiment of engineers frequently met in crosswords.

14a         Fish, black fish, playing around in the water? (8)
DABBLING – Put together a small flat fish, the abbreviation for Black, and another fish, this time a member of the cod family.

21a         Time for the weekend to begin in China (6)
FRIEND – Split the answer (3,3) to get something which could be construed as the finish of the working week, or find a synonym for the Cockney rhyming slang word ‘China’.

26a         You want the earth? You’d better show this! (8)
MEEKNESS – The answer is the characteristic which needs to be shown by those who ‘shall inherit the earth’, according to the Sermon on the Mount (Matthew 5:5).

27a         After party daughter is given something valuable — a vehicle (6)
DODGEM – Put together one of the usual crossword parties, Daughter, and a precious stone. 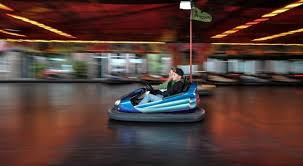 2d           In church smeller misses nothing — this included? (7)
INCENSE – Start with IN (from the clue) and the abbreviation for the Church of England, than add the organ used to smell with, missing the letter which looks like a zero or nothing.

3d           Bishop meeting the lady in Paris — lovely female (5)
BELLE – The chess notation for a Bishop followed by a French feminine pronoun.

5d           Like many a king that’s boasted about knight (7)
CROWNED – Another ord for ‘boasted’ wrapped around the chess notation for a knight.

8d           Newspaper depressed when shining light leaves (7)
SUNDOWN – The name of a tabloid newspaper in the UK, followed by ‘depressed’.

13d         Skill rising with country losing any number? That’s a sort of sign (9)
TRADEMARK – Reverse (rising) a word for ‘skill’, then add a European country minus the algebraic expression for ‘any number’.

15d         Given extra overnight support? (9)
BOLSTERED – This word for ‘given support’ could also refer to the provision of a large pillow.

20d         Be responsible for lines written in Old English (7)
OVERSEE – The two-letter abbreviation for Old English wrapped around some lines of poetry.

22d         Cover doctor placed over animal (5)
DRAPE – An abbreviation for ‘doctor’ followed by a wild animal of a species close to our own.

24d         Correct person to work on article about soldiers (5)
EMEND – The abbreviation for someone responsible for a newspaper article wrapped around some (male) soldiers.