Hello, everyone, and welcome.  I found this a solid puzzle where the parsing of a couple of the clues required some concentration.  It was good fun.  If our setter is reading the blog today, please consider commenting below.  And if you’re a reader who has never posted, how about making today the day when you delurk and tell us how you found the puzzle?  We all love to meet new commenters, hear their history, and read their thoughts about the puzzle and the blog.

In the hints below most indicators are italicized, and definitions are underlined.  Clicking on the answer buttons will reveal the answers.  In some hints hyperlinks provide additional explanation or background.  Clicking on a picture might enlarge it or display a bonus illustration.  Please leave a comment telling us how you got on.

5a    Gear revolutionary with new galley (7)
KITCHEN:  Stick together gear or equipment, the usual revolutionary, and the abbreviation for new

9a    Score first of tries and win one mark in rugby (6-3)
TWENTY-TWO:  The number that is one score is followed by the first letters of Tries Win One.  The answer is one of the markings on a rugby pitch

10a   Thus live recording's beginning to get serious (5)
SOBER:  Concatenate a synonym of thus, live or exist, and the first letter of (…’s beginning) Recording

12a   Children's film absolutely not for child (7)
BAMBINO:  A Disney film intended for children (which is also, according to Collins, an acronym for born-again middle-aged biker) with a short word for “absolutely not”

13a   Irritable about one day giving evidence (9)
TESTIMONY:  A synonym of irritable containing (about) the fusion of the Roman one and an abbreviation for the day of the week before this blog is published

16a   Attached to stern of boat, feeble tug (5)
TWEAK:  The last letter of (stern of) boaT has a synonym of feeble attached to it

17a   Hold cold fish (5)
CLING:  Follow the abbreviation for cold with a fish of the cod family 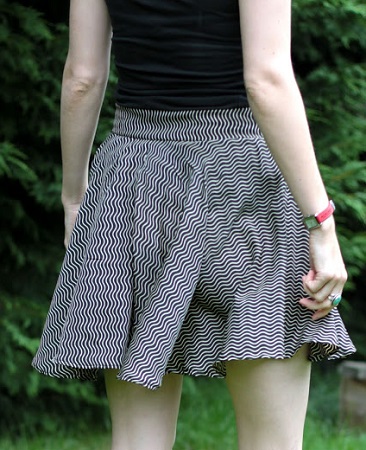 18a   Old coins, items in the distance? (9)
FARTHINGS:  Split (3,6) these old coins could be describing distant objects 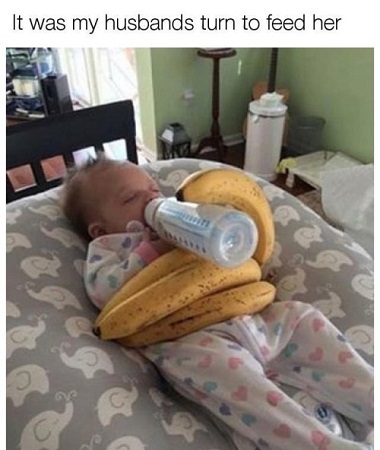 25a   More unlikely to come up, looking back -- that's about right (5)
RARER:  The reversal (looking back) of raise or come up, containing (about) the single letter for right

26a   Teaching a cutie, don distracted (9)
EDUCATION:  An anagram (distracted) of A CUTIE DON 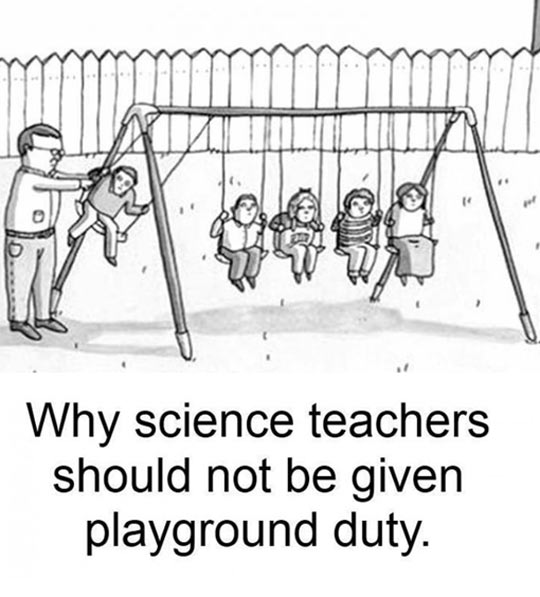 27a   Absolutely great in play (7)
TOTALLY:  Great or high inserted in a verb synonym of play

28a   Tear faked after the histrionics (7)
THEATRE:  An anagram (faked) of TEAR comes after THE from the clue

1d    Rot -- as may cooking ingredients? (2,2,3)
GO TO POT:  Taken literally, this informal expression for rot or ruin could describe what happens to ingredients in a recipe

2d    Old vessel ripped apart by wave finally, a lot of water (5)
OCEAN:  The abbreviation for old with a metal container containing (ripped apart by) the last letter of wavE (wave finally)

3d    Hit it off, not say vertically (3,2)
GET ON:  The reversal (vertically, in a down clue) of the combination of NOT from the clue and the abbreviation for “for example” or say 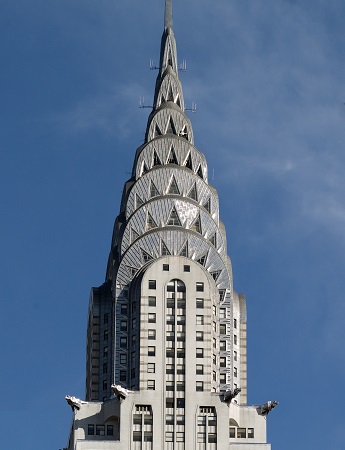 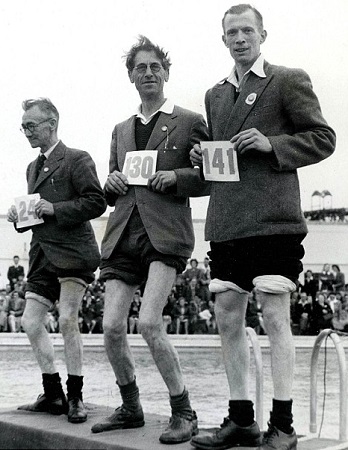 6d    Pilot fit for game (4,5)
TEST MATCH:  An five day game of cricket is found by joining synonyms of pilot and fit

7d    Female embracing woman who's marrying a Scottish islander (9)
HEBRIDEAN:  A female bird containing (embracing) both a woman on her wedding day and A from the clue

8d    County fair ultimately hosted by nobody? (7)
NORFOLK:  The last letter (…ultimately) of faiR inserted in (hosted by) a (2,4) phrase that means nobody

14d   Switch present in web-designing tool? (9)
SPINNERET:  An anagram (switch) of PRESENT IN.  Read about the answer here 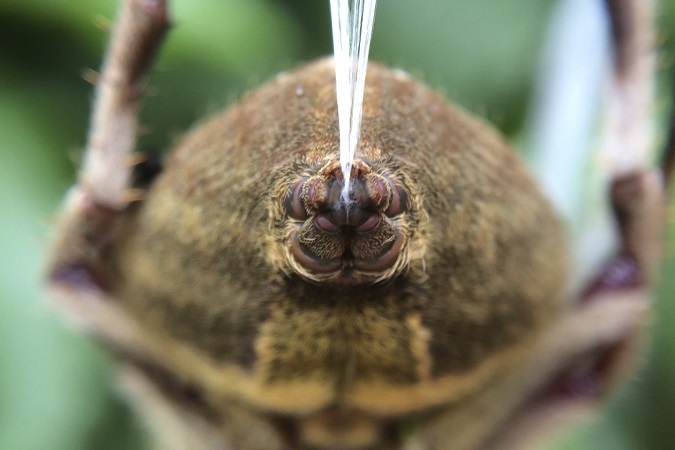 17d   Persian perhaps accommodating naked form of entertainment (7)
CABARET:  The best animal, of which a Persian is an example (perhaps), containing (accommodating) naked or exposed

18d   Where salmon might be farmed, is he feeding tiddler? (7)
FISHERY:  IS HE from the clue inserted in (feeding) a young salmon

19d   Tell on aristocrat (7)
RECOUNT:  The usual short word for on or concerning followed by the European equivalent of an earl

20d   Gilbert & Sullivan initially aren't terribly funny (7)
STRANGE:  An anagram (terribly) of the first letters (initially) of Gilbert Sullivan and all of AREN’T

24d   Saving one pound, still made up (5)
BUILT:  Still or yet containing (saving) both the Roman one and the single letter for pound