I’m here for my annual visit to the University’s excellent language course and also my annual disaster travelling to and from the city.  I thought nothing could top last year’s journey from home but I was wrong.  The chaos at St Pancras meant that I had to completely reroute my journey through Paris.  I had a first-class Interrail pass which meant I could have travelled on most trains, but because I couldn’t have a reservation on a specific train that would have allowed me to arrive at midnight rather than the original 9 pm, I had to ensure a journey that got me to Jena at 10 am with six changes.   Good old Eurostar will be getting a bit of a stern letter about their part in this chaos.

Anyway, to matters in hand.  I am suitably refreshed and ready to deal with today’s task which I think is set by the Original Mysteron.  A pleasant solve.

There are one or two unusual words in the grid.  Perhaps there may be a visual hint to help.

7          Rebuke salesperson given fish (8)
An alternative (abbreviated) word for a salesperson, usually one who travels, goes before the name of a fish to give a word meaning to rebuke.

11        Ignore stumbling medical officer giving war cry (8)
The name of a word used in a war cry can be found by making an anagram (stumbling) of IGNORE and adding the abbreviation for a Medical Officer afterwards.

15        Scrum, perhaps, that happens down the line? (5-2, 6)
As I am not a huge fan of rugby, I guess this refers to something in the game, I know it from Rugby League certainly, that causes a scrum.  I shall leave the reviewer to say whether this makes the clue unfair (Gee, thanks – Reviewer).
The clue is a little complex and is a cryptic definition of what can happen prior to the awarding of a scrum and its impact, although there could be two definitions that overlap.  Interested to hear your thoughts. 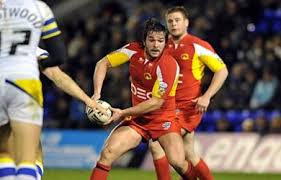 18        Thoughtful mood of one looking in the mirror? (10)
A word meaning having a pensive moment could also be described cryptically as how you did the looking. 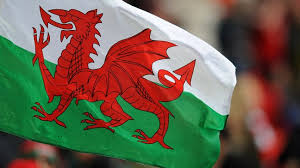 24        Gareth reported to be with junior body of troops (8)
A homophone of a shortened form of Gareth has a young offspring to give the word for a group of soldiers,

1           Eccentric having party under waterfall (6)
An unkind way of describing an eccentric person is found by taking a type of waterfall with a short word for a party.

3          Approximate sphere of activity (4,4)
Two definitions, one cryptic, that refer to something being approximate and where you could play with spheres.

6          Monkey or burrowing animal going round Kent area (8)
You are looking for a name of a member of the Monkey family that is found by taking a different animal, one which burrows, and inserting an abbreviation of the region where you’ll find Kent. 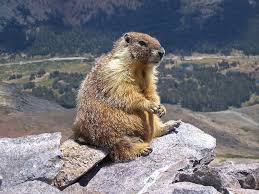 8          Tossing the caber, steps on the floor? (8,5)
A type of dance, cryptically described, and a cryptic way of how you might toss the caber in its native land. 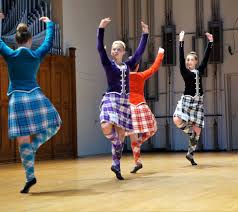 15        Join auk flying to secure peek at last tree-dweller (8)
An anagram of JOIN AUK, plus the final letter of PEEK inserted gives you an arboreal animal. 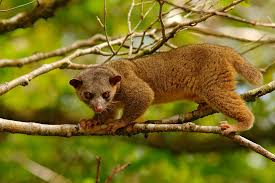 22        Landowner stopped short in den (4)
The name for a Scottish landowner loses its last letter to give a word meaning den.

All in all, a reasonable solve, very enjoyable, but a bit heavy on the double definition clues for my liking.