Good morning from sticky South Staffs, where we hope today will be a little cooler.

I found that today’s Giovanni went in quite quickly, but if you are not familiar with some of the words used it may take a bit longer to tease the answers out of the wordplay.

8a           Engineers getting caught, stuck in rubbish — we bring relief (3,5)
RED CROSS – One of the usual regiments of engineers, followed by a word for ‘rubbish’ wrapped around the abbreviation for ‘caught’ on a cricket scorecard. 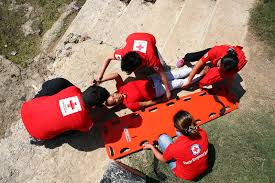 10a         Written pieces, small bits with no heading (8)
ARTICLES – Remove the first letter from some small, possibly subatomic, bits, to get some opinion pieces in a newspaper or magazine.

11a         Prayer in Latin translated by unknown character (6)
LITANY – Anagram (translated) of LATIN, followed by an algebraic unknown. 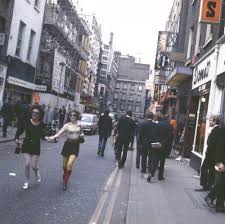 14a         Imagine meal mostly containing fat? (7)
SUPPOSE – Remove the final letter (mostly) from a late meal, and wrap the result around a two-letter clothing size for larger people.

23a         Divine manifestation of a king at the rear of a tank? (6)
AVATAR – A (from the clue) and another word for a tank, followed by A (from the clue again) and the Latin abbreviation for a king.

24a         Earth disturbed by number seen as menace (8)
THREATEN – Anagram (disturbed) of EARTH followed by a three-letter word for a two-digit number.

25a         Men only half clever engaging a wise fellow (6)
ORACLE – The letters signifying military personnel who are not officers, and the first half of CLEver, placed either side of A (from the clue).

26a         Cinema must throw a shouter out (8)
ARTHOUSE – Anagram (must throw … out) of A SHOUTER, giving us a type of cinema which does not show mainstream popular films.

So said he, and the barge with oar and sail
Moved from the brink, like some full-breasted swan
That, fluting a wild carol ere her death,
Ruffles her pure cold plume, and takes the flood
With swarthy webs. Long stood Sir Bedivere
Revolving many memories, till the hull
Look’d one black dot against the verge of dawn,
And on the mere the wailing died away.
Tennyson, Morte d’Arthur

28a         Adopt a series of steps to disappear quickly (4,6)
TAKE FLIGHT – A synonym of ‘adopt’ followed by a collective noun for steps or stairs.

2d           University head gathers 500 for briefing (6)
UPDATE – An abbreviation for University and another word for ‘head’ (often a bald one), wrapped around the Roman numeral for 500.

3d           Chariot overturning in the land of Spartacus (6)
THRACE – Reverse (overturning) a generic word for a chariot or vehicle and insert the result into THE (from the clue), to get the land where Spartacus is supposed to have come from. 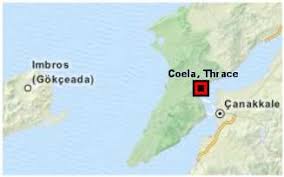 4d           Princess meeting poet and pharmacist (9)
DISPENSER – The short form of the name of the late Princess of Wales, followed by the surname of the author of The Faerie Queen.

5d           Huge number sing by way of conveying love (8)
TRILLION – Start with a word for ‘sing’ (like a bird), then add a two-letter word which can mean ‘by way of’ wrapped around the letter which looks like a love score at tennis.

7d           Old fellow in revolt is to become a Catholic (8)
ROMANISE – Put together Old and another word for a fellow. Wrap a verb for ‘revolt’ around the result. 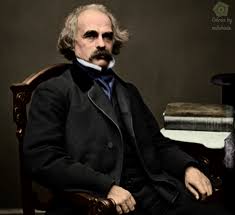 15d         Maybe Oxford poetry is all there is (8)
UNIVERSE – A short form of the word for an institution of which Oxford is an example, followed by another word for ‘poetry’.

16d         Historical leader of independence, guerrilla in imitation of others (8)
PASTICHE – Put together another word for ‘historical’, the first letter (leader) of Independence, and crosswordland’s favourite Marxist guerrilla.

17d         Sign of injury that is seen on street causing most dismay (8)
SCARIEST – Put together the mark of a healed wound, the Latin abbreviation for ‘that is’, and the abbreviation for STreet.

21d         Little woman coming to the Spanish house of prayer (6)
BETHEL – One of the protagonists in Little Women followed by the Spanish definite article, leading us to a Hebrew word for ‘house of the Lord’ which is applied particularly to some chapels of the Free Churches.

22d         Like a racket that’s hurt, ear finally having to be covered (6)
STRUNG – ‘Hurt’ (by a nettle or a wasp, perhaps) wrapped around the last letter (finally) of eaR, giving us a characteristic of a tennis or badminton racket (or racquet).