Nothing terribly obscure from Giovanni this morning, though some definitions are not the most obvious.

1a           Gentleman full of love giving away ring — it’s precious (6)
SILVER – A form of address for a gentleman wrapped around L(o)VE (from the clue) minus the ring-shaped letter.

5a           Ladies maybe in place where spa water is available? (8)
BATHROOM – This place, which may be labelled ‘Ladies’ could also describe a place in a West Country spa town known to the Romans as Aquae Sulis.

9a           Creator of life in a bookshop? (10)
BIOGRAPHER – Cryptic definition of someone who writes books about the life of an individual.

10a         Father of twenty children, unmarried man neglecting half! (4)
BACH – Remove the second half from the word for an unmarried man, to get this member of a German musical dynasty. 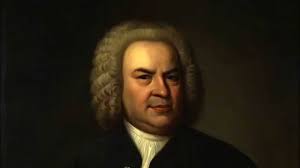 11a         Horse in stable needed by one riding (8)
STALLION – Put together another word for a stable (or part of one), the Roman numeral for one, and a preposition linking the rider to the horse.

18a         Similarly resembling Ernie, being comical? (8)
LIKEWISE – Another word for ‘resembling’ followed by the surname of the late Ernie, comic partner of Eric.

21a         Inattentive sailor discharged? (6)
ABSENT – One of the usual crossword sailors, followed by another word for ‘discharged’ or ‘dispatched’.

27a         Absurd activities with some in Paris at back of old coach (8)
CHARADES – The shortend form of the word for an early motor coach, followed by the French for ‘some’.

2d           Charlie and I had one set of books (5)
IDIOT – Put together the short form of ‘I had’, the Roman numeral for one, and the abbreviation for one of the sets of books in the Bible.

3d           After six look around entrance to institute — requirement for guard (9)
VIGILANCE – The Roman numeral for six, followed by a swift look wrapped around the first letter of Institute.

6d           Hurling an object? Quarrel must be contained (8)
THROWING – Another word for an object wrapped around a word for a quarrel.

14d         A shock? One may go through it for the better (9)
HAIRBRUSH – The shock is to be found on your head, and the clue is a cryptic definition of something which may improve the appearance of the said shock.

16d         Beggar to stop in middle of busy road on slope (9)
MENDICANT – Start by finding the two letters which look like the designation of the main motorway going north from London. Wrap these around another word for ‘stop’, then add a verb meaning ‘slope’.

17d         Spent a whole season or a short day outside Bury (8)
WINTERED – Another word for ‘bury’ with the short form of one of the days of the week wrapped around it.

20d         Chum we had upset in a flap (6)
DEWLAP – Put together another word for a chum and the short form of ‘we had’. Then reverse the result to get a flap of loose skin on an animal’s neck.