Hello, everyone, and welcome. Today’s puzzle feels different in style to recent Tuesday offerings.  Perhaps it’s a new setter (or an old setter with a new hat)?  In either case, if our setter is reading please introduce yourself with a comment below.  We all love it when setters comment.  As for the puzzle itself, I started out slowly, but once I realized that this setter likes cryptic definitions, my progress accelerated and the grid fill came together smoothly with many smiles along the way.  A very enjoyable puzzle with impressively concise clues.

After exotic antelopes appeared in two of last week’s back-page puzzles I got curious about which breeds appear most often in crosswordland.  So, of course I’ve been researching that.  The BRB contains at least 44 types of antelope, of which 18 have appeared this century as answers in Telegraph cryptics (including the Toughie).  The most common answer, with 25 appearances, is the generic ANTELOPE.  But there are four specific breeds not far behind in popularity.  After you’ve pondered what they might be, or if you’re impatient, click on the spoiler to see a word cloud that shows all 18 in a font size that's proportional to their number of appearances.  The big ones are probably worth remembering. 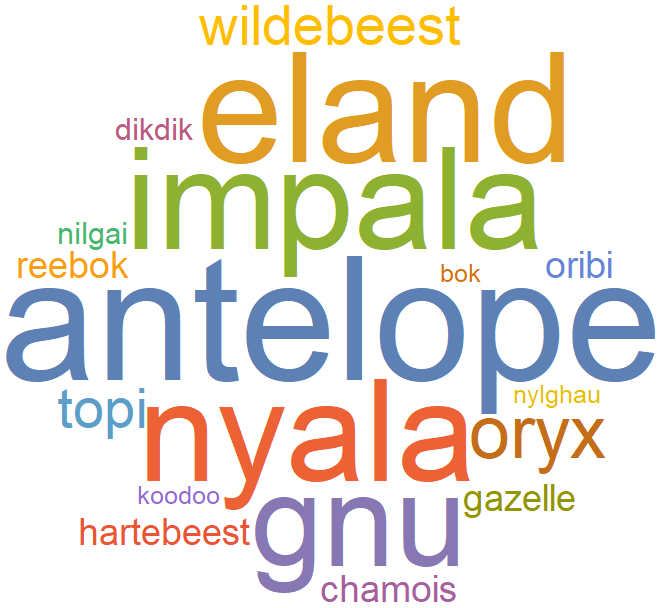 In the hints below most indicators are italicized and underlining identifies precise definitions and cryptic definitions.  Clicking on the blowing in the wind buttons will reveal the answers.  In some hints hyperlinks provide additional explanation or background.  Clicking on a picture will enlarge it.  Please leave a comment telling us how you got on.

1a    Wasted evening? (5-2)
BOOZE-UP:  A cryptic definition of an evening where the goal is to get drunk 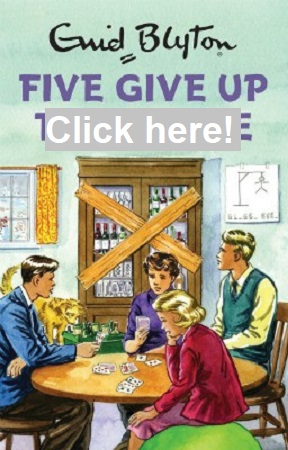 9a    Region in shade there allows light (8)
ETHEREAL:  The answer is hiding as a part of (region in) the remainder of the clue

11a   Ruler on plane sick having eaten duck (8)
NAPOLEON:  An anagram (sick) of ON PLANE containing (having eaten) the letter that looks like the score associated with a duck in cricket

12a   Extremely minute number dropping ecstasy (6)
MIGHTY:  The single letter for minute (as a unit of time) with a number between 0 and 100 from which the single-letter abbreviation for the drug ecstasy has been deleted (dropping ecstasy)

13a   Point for me in remark that's smug (10)
COMPLACENT:  Inside a synonym of remark, ME is replaced by a synonym of point or site (point for ME)

15a   One loving sound of cello player? (4)
BEAU:  A homophone of (sound of) the device used to play a cello (described here cryptically as a cello player) 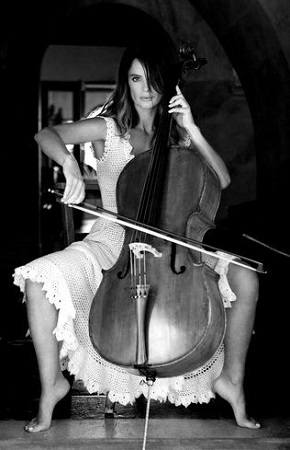 16a   Gather man will create commotion (5,4)
RAISE HELL:  Gather or muster (an army, perhaps) and a contraction meaning "the man will"

21a   Northern beer knocked back in style (4)
ELAN:  The single letter for northern is joined to beer made without hops, and then the lot is reversed (knocked back)

22a   Cold changing room accommodates little Parisian rival (10)
COMPETITOR:  The abbreviation for cold is followed by an anagram (changing) of ROOM that contains (accommodates) a French word for little

24a   Bizarre old books with one chapter (6)
EXOTIC:  Concatenate a short word for old or former, some usual religious books, the Roman numeral for one, and an abbreviation for chapter

25a   One to observe pupils very closely (8)
OPTICIAN:  A cryptic definition.  The pupils under observation are not in school

27a   Fish served in pub round country area (7)
PIRANHA:  Wrap the abbreviation for what pub is a contraction of round a country that's been in the news a lot lately.  Then append the abbreviation for area.  Served in looks like an insertion indicator, but it's actually linking the definition to the wordplay (read it as "available from").  These bitey fish are apparently easy to catch with nothing more than a strip of raw meat

28a   Aesthetically pleasing model reversed in lorry (8)
ARTISTIC:  The reversal (reversed) of model or pose is inserted in the informal contraction for a type of lorry with its front attached flexibly to its back

29a   These discarded when drawing finished? (3-4)
DOG-ENDS:  Another cryptic definition.  Drawing here refers to inhaling smoke 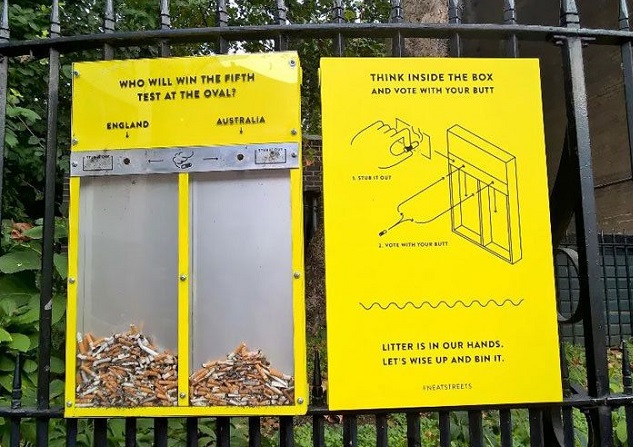 3d    Oh! Critical time! (4,4)
ZERO HOUR:  The exclamation marks are a warning that the setter is doing something unexpected.  Here we must read Oh as the number that looks like O followed by the unit of time that abbreviates to h

4d    One going round on his bike? (10)
UNICYCLIST:  A cryptic definition of a the rider of a bike with only one object that rotates, instead of the usual two 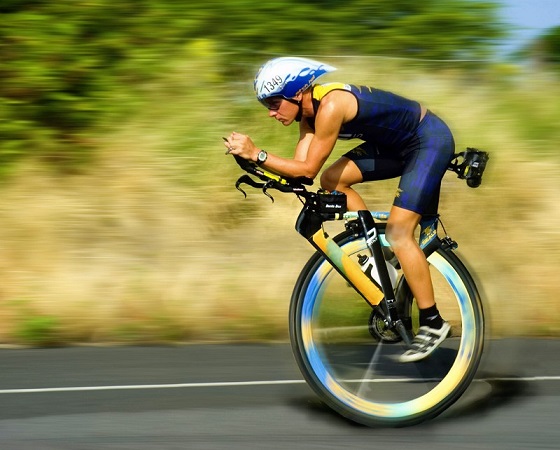 5d    Constant smoker seen in Vietnam (4)
ETNA:  Crosswordland's most popular volcano is hidden in (seen in) the remainder of the clue

6d    Iron Lady displays top fashion (6)
FEDORA:  Put together the chemical symbol for iron and a female name (the first example that came to mind is a girl who's an explorer, but perhaps that's only in the US).  The definition here is slightly cryptic, with "top fashion" meaning something stylish worn on the head 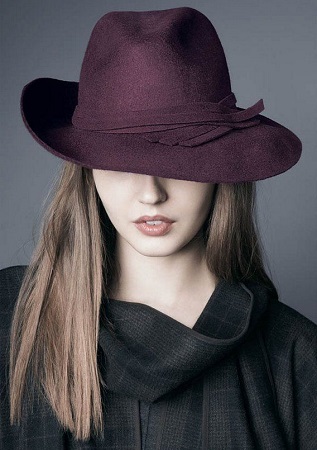 7d    Judge soldiers about to block charge (7)
REFEREE:  Some usual soldiers (the engineering ones) are followed by a usual word for about or concerning that’s inserted in (to block) a charge or cost

11d   Last but one in political residence (6,3)
NUMBER TEN:  With the ICC World Cup well underway, this might be intended as a crickety clue describing the second to last batsman in a team.  But I prefer to imagine that our setter is a fan of Spinal Tap…

14d   Golfer playing in Loire event (3,7)
LEE TREVINO:  An anagram (playing) of this retired American golfer is LOIRE EVENT, so he's an anagram of those letters

19d   Turn to hold mug and a tumbler (7)
ACROBAT:  A turn on the stage containing (to hold) both mug or hold up and A from the clue 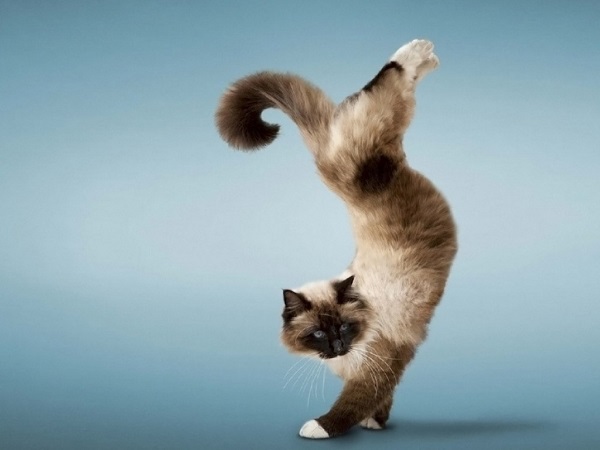 20d   Copy one -- friend keeps it (7)
IMITATE:  The Roman numeral for one followed by a friend who contains (keeps) IT from the clue

26d   A riddle that doesn't end? You're joking! (2,2)
AS IF:  A from the clue with a verb synonym of riddle minus its last letter (… that doesn't end).  In the cryptic reading of the clue, "riddle" has its meaning that has nothing to do with puzzles sift