Hello, everyone.  We have a fun puzzle today, with the difficulty level returning to somewhere near the Tuesday average.  As is usual on a Tuesday our setter is unknown.  If he or she happens to be reading, it would be great to see a comment from you so we know who to thank.  If you haven't posted here before, just make up a pseudonym for your blog name so we know what to call you (Mister Ron is already taken by our editor).

In the hints below most indicators are italicized, and underlining identifies precise definitions and cryptic definitions.  Clicking on the ANSWER buttons will reveal the answers.  In some hints hyperlinks provide additional explanation or background.  Clicking on a picture will usually enlarge it or display a bonus illustration.  Please leave a comment telling us how you got on.

1a    & 12 Shock reduction with teams going after diminutive defender (5,4,3,5)
SHORT BACK AND:  The definition here is cryptic.  Find the answer by putting some sports teams after both a synonym of diminutive and a football player who's a defender

9a    What's good for a stretch? (7)
ELASTIC:  A cryptic definition of a property of things that are stretchy

10a   Hit dog biting daughter (7)
COLLIDE:  A sheep herding dog containing (biting) the genealogical abbreviation for daughter.  There's a railway bridge in North Carolina where the clearance is just 11 feet 8 inches. The website 11foot8.com catalogues the fate of truck drivers who ignore the flashing signs and other warnings on the approach to the bridge

11a   Journey about in empty tank (4)
TREK:  The usual about or concerning inserted in the outer letters of (empty…) TanK 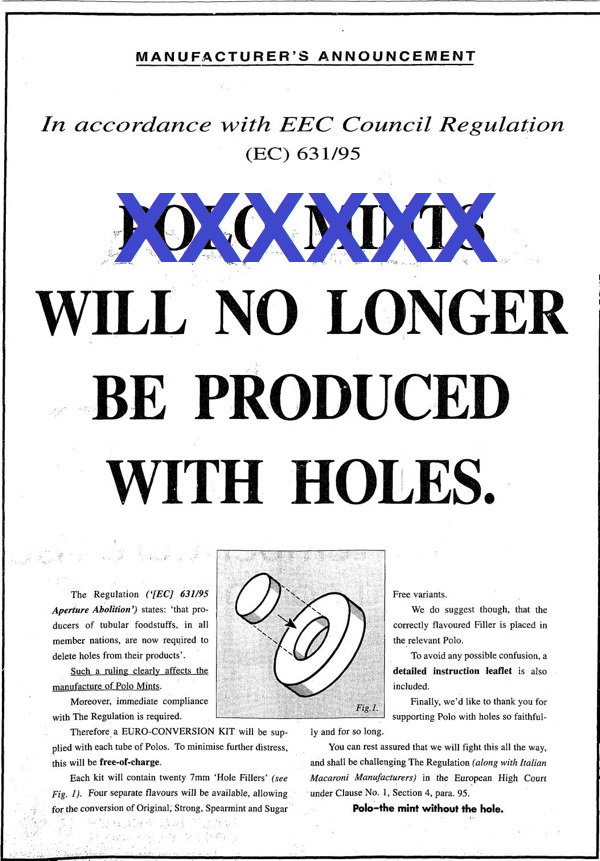 16a   The setter's test is better (7)
IMPROVE:  A contraction of "the setter is" from the perspective of the setter is followed by test or show

17a   Tease actor mentioning clothes (7)
TORMENT:  The letter sequence formed by the second and third words hides (… clothes) the answer

18a   Love sitcom somehow related to fluid movement across borders? (7)
OSMOTIC:  Put together the letter that looks like a love score in tennis and an anagram (somehow) of SITCOM.  Kudos to our setter for defining a scientific word accurately.  Click here to read more about it

24a   Small, dopy, heartless and wimpish (5)
WEEDY:  Link together a Scottish word for small and the outer letters (… heartless) of DopY

25a   Second working orbiter (4)
MOON:  Join together a second or brief instant of time and a short word meaning working or operating

28a   Initially see Nick eating a vegetable (7)
SPINACH:  The first letter (initially) of See is followed by steal or nick (the capitalization is misdirection) containing (eating) A from the clue 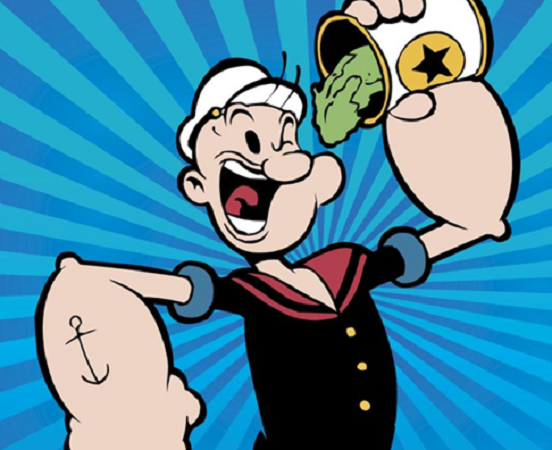 29a   Furniture for ministers (7)
CABINET:  An item of furniture is also the collection of ministers assembled by the Prime Minister

30a   Determination of agent to reverse dismissal? (12)
PERSEVERANCE:  The reversal (… to reverse) of a short word for a sales agent is followed by dismissal or dissolution

1d    Have a drink containing fish for a change (5-2)
SHAKE-UP:  A three-letter word for "have a drink" containing a fish that's a bit like a cod

3d    Touching diplomacy on French island (7)
TACTILE:  Diplomacy or discretion followed by (on, in a down clue) the French word for island

4d    Old article about one part of hospital (7)
ANCIENT:  Concatenate a grammatical article, the single letter Latin abbreviation for about or approximately, the Roman numeral for one, and a usual hospital department 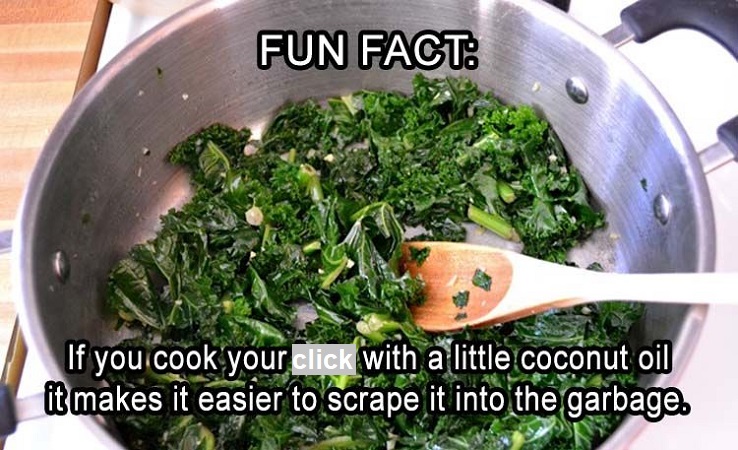 6d    Order to stop din that's offensive (7)
NOISOME:  The abbreviation for the Order of Merit inserted in (to stop) din or racket

7d    Quit in revolt about taking on southern performer (13)
VENTRILOQUIST:  An anagram (about) of QUIT IN REVOLT containing (taking on) the single letter for southern

8d    Remove the bad meat contained in a stew (13)
DECONTAMINATE:  An anagram (in a stew) of MEAT CONTAINED

14d   Kick hard and stall (5)
BOOTH:  Kick or hoof with the pencil abbreviation for hard

15d   Joke quietly before row (5)
PRANK:  Cement together the musical abbreviation for quietly and a row (of taxis, perhaps)

19d   Uneasiness of some Asians, we hear (7)
MALAISE:  A homophone (we hear) of people from a country in SE Asia

20d   Reportedly tick off playwright (7)
CHEKHOV:  This Russian playwright sounds a bit like (reportedly) the fusion of a synonym of tick (a box, perhaps) and off

21d   Tipple that's suitable for a non-driver (7)
SIDECAR:  A cocktail popular in crosswordland is also a motorcycle accessory that accommodates a non-driver 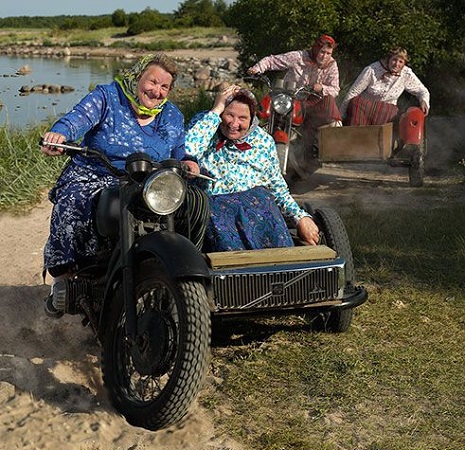 22d   Hammer Tory regularly supported by lightweight? (7)
TROUNCE:  The odd letters (…regularly) of ToRy with a fraction of a pound

26d   Almost dated graduate? (4)
PASS:  All but the last letter (almost…) of dated or old-fashioned

27d   Former pupil last to condemn consuming a small port (4)
OBAN:  The abbreviation for a former male pupil and the last letter to condemN containing (consuming) A from the clue. Read about the small (pop. 8500) port here

Thanks to today’s setter for a fun solve.  Clues that I particularly liked this week were 16a, 21a, 2d, 8d, and 26d. Which clues did you like best?