After some 650 miles of driving spread over Wednesday and Thursday as we returned from our interlude in Burgundy, I was glad that today’s Giovanni was reasonably straightforward, with the unusual words readily gettable from the wordplay.

1a           A former enemy carrying doctor in military plane (6)
BOMBER – One of the sets of letters found after the name of a medical doctor is inserted into the name given to the opposition in the wars fought by Britain in South Africa at the end of the 19th and beginning of the 20th centuries.

11a         Dashing and reckless — one king about to be captured (6)
RAKISH – Put together the Roman numeral for one and the chess notation for a king, reverse (about) the result and insert it into a word for ‘reckless’.

12a         Accent of second-rate villain? (6)
BROGUE – The letter indicating something second-class, where A is first-class, followed by a villain, giving us a speech accent often associated with the Irish.

14a         Islander in army inflicted blow on Scot maybe (8)
TAHITIAN – Put together the initial letters of the old name for the Army Reserve, a verb meaning ‘inflicted blow on’, and a man’s name common in Scotland.

16a         Stories from Scripture written by girl in America (8)
UNTRUTHS – The answer is another word for ‘stories’ or ‘lies’. To get there, put together the initials of one of the two parts of the Bible and a girl’s name (as it happens, she has a book named after her in the other part of the Bible). Then wrap the two-letter abbreviation for a North American country around the result.

19a         Be mean, as troublemaker sitting at back of teachers’ room (6)
SCRIMP – The three-letter acronym for the place where university teachers may meet, followed by a supernatural troublemaker.

21a         Like a sort of sweater getting one teased? (6)
RIBBED – This word for ‘teased’ is also an adjective describing a style of knitting which may be used to make a sweater or to provide the waistband and cuffs of a sweater. 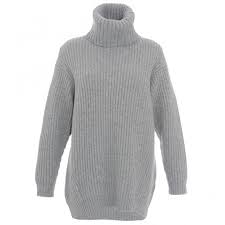 23a         Superior army officer and I join up for something extreme (8)
ULTIMATE – Put together the letter denoting ‘superior’ or ‘upper-class’, the abbreviated rank of a junior army officer, I (from the clue), and ‘join up’ (as two components of a machine may do).

25a         False perceptions about retro art and origin of terrific drawings? (13)
ILLUSTRATIONS – Reverse (retro) ART (from the clue), add the first letter (origin) of Terrific, then insert the result into some false perceptions. 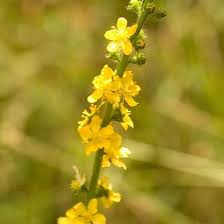 27a         Club right at the end of approach road (6)
DRIVER – The approach road to a big house followed by Right gives a type of golf club.

3d           Support something like the Great Britain, providing money (5)
BRASS – The usual support garment word by ladies followed by the letters commonly used in crosswords to indicate the sort of thing that Brunel’s Great Britain is an example of.

4d           Employer on the up, primarily reliable chap making comeback (9)
RESURGENT – Put together the reverse (on the up) of a word for ‘employer’, the first letter (primarily) of Reliable, and another word for a chap.

5d           The German disappeared in an English river (7)
DERWENT – One of the forms of the definite article in German followed by another word for ‘disappeared’ or ‘departed’. The answer is the name of one of 4 rivers in England. The one I know best runs through Derby.

7d           Biologist atop swaying tree — one may be out on the field (9)
CRICKETER – The surname of one of the two scientists given the Nobel Prize for untangling the structure of DNA, followed by an anagram (swaying) of TREE.

13d         US soldier entertaining a rude Italian patriot (9)
GARIBALDI – Put together A (from the clue) and another word for ‘rude’, then wrap the usual US soldier around the result. The answer is best known today for ‘squashed fly’ biscuits.

22d         What is found — not very good party for dancers (5)
DISCO – Remove the VERY from the end of a word for something found to get a noisy party involving recorded music.

24d         As a native, I wander northwards (5)
MAORI – Put together I (from the clue) and another word for ‘wander’, then reverse the result (northwards, in a Down clue) to get a member of the native people of New Zealand.