Hints and tips by The Mysterious Mr K

Hello, everyone.  I found today's puzzle tougher than recent Tuesday puzzles.  I got only a few answers on the first pass through the grid, and I had to use an aid or two to get the grid filled in time to complete the hints.  It's also one of the most enjoyable Tuesday puzzles that I've blogged recently.  I would love to know who crafted this masterpiece and thank them, so if our setter is reading please consider posting a comment below.

That wish brings us rather appropriately to the results of last week's survey on whether our setters should be named or anonymous.  Thanks to everyone who participated.  The result was a clear 3:1 split in favour of identifying setters (154 votes for naming them, 51 votes for keeping them anonymous).  I've put a selection of comments and a recent Telegraph Puzzles Newsletter extract on the topic under the following spoiler box.  Feel free to continue this discussion in the comments below.  What do we think about Kitty's compromise suggestion made last week that setters of anonymous puzzles be named when the puzzle's solution is published?

Some comments in favour of naming setters:

Some comments in favour of keeping setters anonymous:

Finally, in the May issue of the Telegraph Puzzles Newsletter (sign up here) our Editor Chris Lancaster explained his view:

My own view is that for some solvers, the battle of wits between themselves and an anonymous, mysterious other person, the compiler, is what it's all about. If one knows the identity of a compiler before embarking on a crossword, one perhaps know something of what to expect, as most compilers have their own foibles that act as a kind of signature. Knowing a little in advance about what's to come, based on the compiler's name, would spoil this for those solvers. If retaining this anonymity adds to the enjoyment for some solvers, then that's a great argument for maintaining the status quo.

In the hints below most indicators are italicized, and underlining identifies precise definitions and cryptic definitions.  Clicking on the the answer would be here buttons will reveal the answers.  In some hints hyperlinks provide additional explanation or background.  Clicking on a picture will usually enlarge it or display a bonus illustration.  Please leave a comment telling us how you got on.

1a    One domineering young man kicks over empty suitcases (10)
BOSSYBOOTS:  The fusion of a young man and a synonym of kicks containing (over) the outer letters of (empty …) SuitcaseS

6a    Rubbish material (4)
LAME:  When an acute accent is put on the last letter of the answer it becomes a sparkly fabric 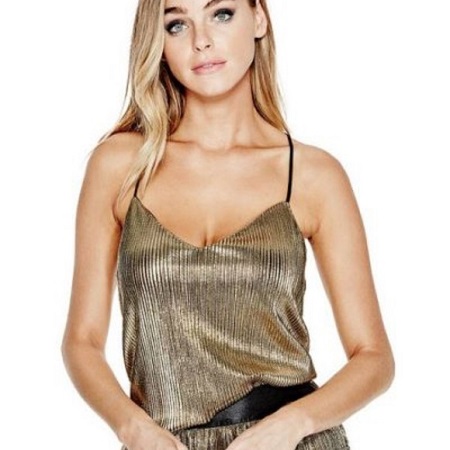 10a   Exposed network where high-ups are found? (5)
ATTIC:  A network of crossed bars has its outer letters removed (exposed …)

11a   Still maintain ground faces east (9)
INANIMATE:  An anagram (ground) of MAINTAIN is followed by (faces) the single letter for east

13a   Contest in search of mate (5)
CHESS:  A cryptic definition of a board game where getting to mate is the objective

19a   Place to put piece from composer and leading lady (7)
HOLSTER:  Put together the composer of The Planets and the Latin abbreviation for the proper title of leading lady Elizabeth 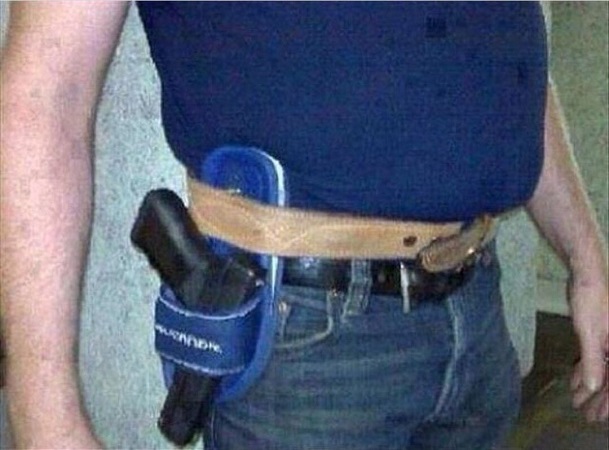 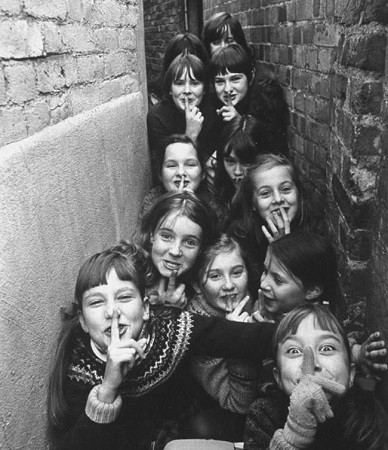 22a   Upset  drink (5)
SHAKE:  A double definition.  The drink is usually made with milk

24a   Turn up after pub with English member of ancient sect (8)
PHARISEE:  After an abbreviation for the expanded form of pub comes "turn up" or "crop up" and the single letter abbreviation for English

27a   Ugly variety of eglantine (9)
INELEGANT:  An anagram (variety of) EGLANTINE (which I've now learned is a type of rose)

28a   Traditional European business (5)
TRADE:  The jazz contraction of traditional with the single letter for European

2d    Mocking of Alistair MacLean's third novel (9)
SATIRICAL:  An anagram (… novel) of ALISTAIR and the third character of MaCLean 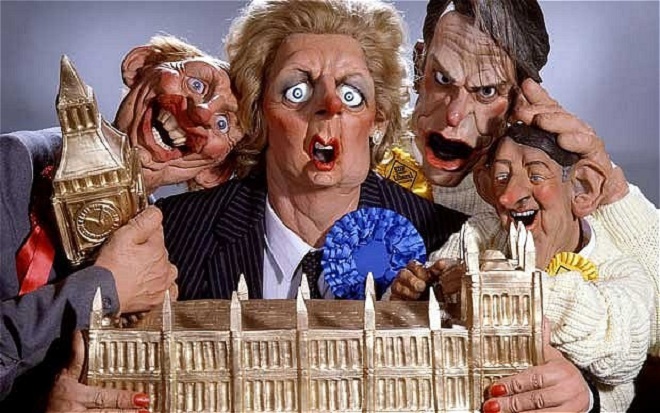 4d    Love last bit of ravioli covered in offal and ham? Definitely not! (7)
OLIVIER:  The letter that looks like a love score in tennis is followed by the final character of (last bit of) raviolI contained by (covered in) a type of offal that supposedly pairs well with bacon.  The definition refers to this rather accomplished chap

5d    Lecturer whipped cheat with little hesitation (7)
TEACHER:  An anagram (whipped) of CHEAT with a short sound of hesitation

7d    Rock with bands that could make an entrance (5)
AGATE:  Split (1,4) this banded rock could be an entrance 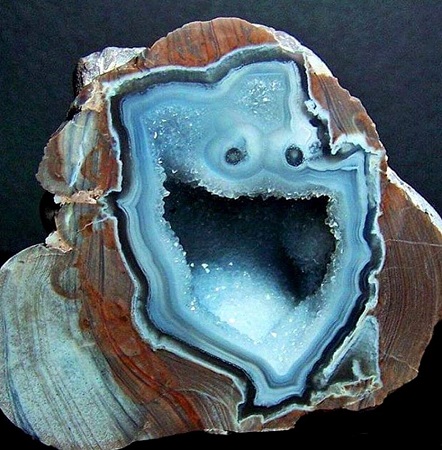 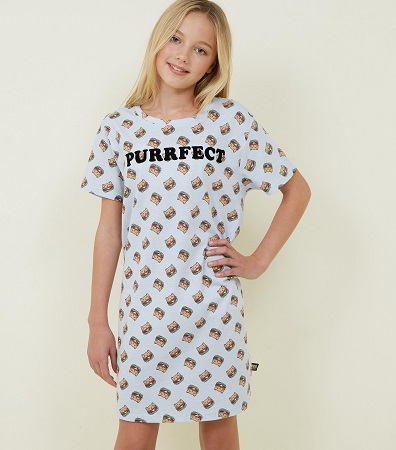 18d   Emphasise mass maybe must absorb energy prior to charge (9)
REITERATE:  What a religious mass is an example of (mass maybe) contains (must absorb) the physics symbol for energy and is followed by charge or cost

21d   Surprise, as Leeds and Leicester do (7)
STARTLE:  The answer split (5,2) describes something that LEeds and LEicester have in common

23d   Singer had electrifying clothes (5)
ADELE:  The combination of the second and third words of the clue hides (… clothes) the answer.  This delightful clip has 23d auditioning as a 23d impersonator.  A longer version can be found here

25d   Start unseemly riot around noon (5)
INTRO:  An anagram (unseemly) of RIOT containing (around) the abbreviation for noon

26d   Criminal  tendency (4)
BENT:  We have a double definition to finish.  A slang word for criminal, and tendency or inclination